You Can't Yet Order A 7-Seat Tesla Model S, But Musk Confirms It's Real

Some said the drone shots of the 7-seat Model S were an illusion, which could be true, but it's coming regardless.

Tesla CEO Elon Musk has been back to talking quite a bit on Twitter, and he just confirmed that the 7-seat Model S Plaid is definitely coming. While being a super-busy guy and becoming a dad yet again would seem to limit Musk's social media activity, perhaps time at home with the little one gives him more time to interact on Twitter.

At any rate, for those who aren't aware, Tesla used to offer rear jump seats for the Model S. Musk says he used them on a long road trip. He also says the upcoming Model S Plaid will offer seating for up to seven people. However, details are scarce, and you can't yet order a 7-seat Model S.

Tesla fan and owner Whole Mars Catalog @WholeMarsBlog recently posted on Twitter recommending the Tesla Model 3 Performance or Tesla Model S. Musk responded within minutes promoting the new Tesla Model S Plaid, which he says is Tesla's "best car ever." He also mentions seating for up to seven passengers, and he replies with another tweet recounting a trip he took in the past in a Model S with jump seats.

We have no way of knowing when Tesla will offer the Model S with seven seats, or if the "non-Plaid" version will also get the option. We also don't know how many people will jump on the opportunity for "jump seats" or any type of a third row in the Model S. However, even if it's not super popular, it allows Tesla to be able to promote the quickest production car on the planet as a family sedan with seating that mirrors an SUV.

Not long ago, we posted a drone flyover from Tesla's Fremont factory (photo above, credit Ryan Shaw via GabeinCal). It appeared to reveal a 7-seat Model S, though some people have said that was debunked. It was referred top as an illusion, which could definitely be the case since Tesla isn't yet selling these cars. Regardless, the 7-seat Model S is certainly coming. It's just a matter of time now. 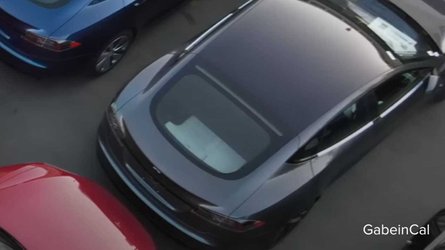 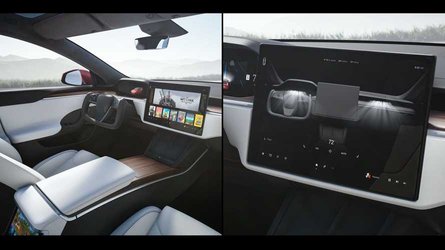