San Francisco has a mild climate, but it's a very busy area with tough, twisty, and hilly neighborhoods that can be taxing.

As Rivian moves closer to the highly anticipated upcoming launch of its R1T and R1S, it's also working with Amazon to ramp-up testing of its electric delivery van. If all plays out as expected, Rivian will launch the R1T electric pickup truck early this summer, followed by the R1S three-row SUV shortly thereafter. The Amazon electric van is expected to officially launch in the fall of 2021.

We've already seen and shared the Rivian electric van out testing. The first videos came from residential streets in Los Angeles. Interestingly, some of the coverage focused on the van's unique passenger awareness sounds, but just the fact that this vehicle is already out testing in what appears to be the production-intent form is much more compelling than some silly sounds.

At any rate, we've just learned that Rivian and Amazon have expanded testing. Now, the electric delivery vans are out tackling the twisty and hilly neighborhoods of San Francisco. If the vans fare well in such an environment, they should make easy work of more traditional, flat, grid-style neighborhoods like those in our part of the country. However, areas like Michigan will have the added challenge of cold temps and heavy snow for several months of the year.

Rivian has plans to expand Amazon electric van deliveries into 16 cities before the end of 2021. Director of Amazon’s Global Fleet and Products Ross Rachey shared via Teslarati:

“From what we’ve seen, this is one of the fastest modern commercial electrification programs, and we’re incredibly proud of that. As we continue to grow and invest in California, we want to do so responsibly, so we’re excited for customers in the Bay Area to see these vehicles cruising through their neighborhood.”

We're certainly excited about all the new passenger EVs coming to market. However, Rivian and Amazon's electric delivery van plans are arguably much more incredible. This is history in the making. 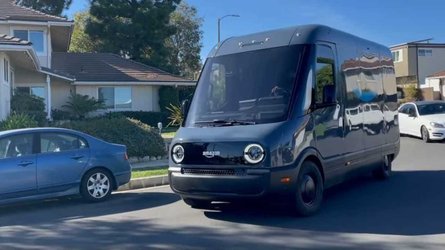