Volvo Is Planning Its Own Fast-Charging Network In Italy

It's high time for more automakers to work on EV fast-charging networks across the globe.

2021 is quickly shaping up to be a crucial year for electric cars. As the world thrusts itself out of a pandemic and government policies clearly target sustainability through huge recovery funds, the shift to electric mobility is gaining pace.

But it’s not just governments who plead considerable investments to move forward and away from a fossil economy. The most forward-looking companies are also taking the plunge, seizing this moment of seismic change. Volvo is one of them.

The Swedish carmaker has been an enthusiastic proponent of electrification over the past few years, through its Polestar brand and a growing number of hybrid and fully electric Volvo models. It is during their latest regional BEV launch in Italy – the Volvo C40 Recharge unveil – that a new and rather aggressive initiative was also announced. Following in Tesla’s footsteps, the Scandinavian company has unveiled a plan for a fast-charging network of its own, to support the growing EV infrastructure across Italy. 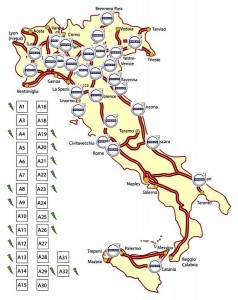 The network, called Volvo Recharge Highways, will be created in collaboration with Volvo’s Italian dealerships. The initiative provides for the installation of over 30 charging stations at dealer locations and in proximity to significant motorway junctions. The network will feed EVs with 100% renewable energy.

Each charging station will be fitted with two 175 kW chargers, and – crucially – will not be reserved for Volvo cars but will instead be open to all electric vehicles from any brand. Volvo’s plans are not stretched over a long period either: 25 stations should be ready and open by the end of the summer, thus quickly contributing to the growing EV charging infrastructure in the country. For comparison, Ionity’s network currently has less than 20 stations open in the country, while Tesla has over 30.

The surprising move comes at a time of fast growth for High Power Charging (HPC) networks around the world. In Italy alone, Tesla, Ionity and other major players are quickly spreading across the main traffic routes, including motorways. This is the first time however that an individual car brand enters the fast charging market with the immediate aim of benefitting the EV infrastructure as a whole, rather than its own cars. Perhaps a philosophy Tesla will align to in the future, as its supercharger network continues to expand. 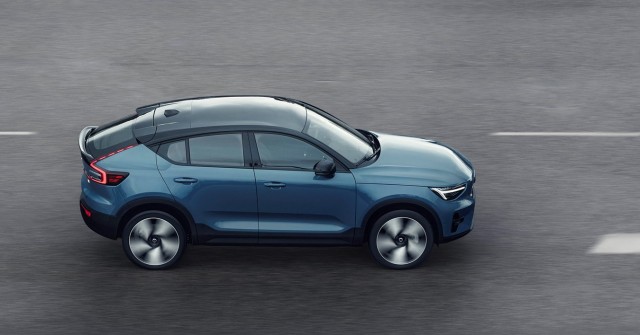 The first station in Volvo Recharge Highways network – featuring an advanced example of sustainable urban furniture design – will be built at Volvo’s Milan flagship store, Volvo Studio Milano, in the heart of the new district of Porta Nuova (home to the world-famous “Bosco Verticale” green skyscraper). Volvo’s broader plans for this area include the installation of more than fifty 22 kW chargers at local parking lots and residential garages, in a bid to electrify the entire neighborhood. A great start to an unprecedented initiative, that will hopefully further expand its scope over time.

Legacy car manufacturers are progressively coming around to address the electric mobility challenge, some more quickly so than others. If the Ionity network was the first serious European answer to this (through a joint effort by several major brands), individual projects can also help to substantially – and quickly – push progress forward. The foresight shown by Volvo in devising its own additional infrastructure is one such leading example, and could soon set a wider trend in the industry.

Volvo Reveals C40 Recharge: It's An XC40 Recharge With A Lot Less Headroom

Volvo Will Only Sell Electric Cars By 2030, Focus On Care By Volvo