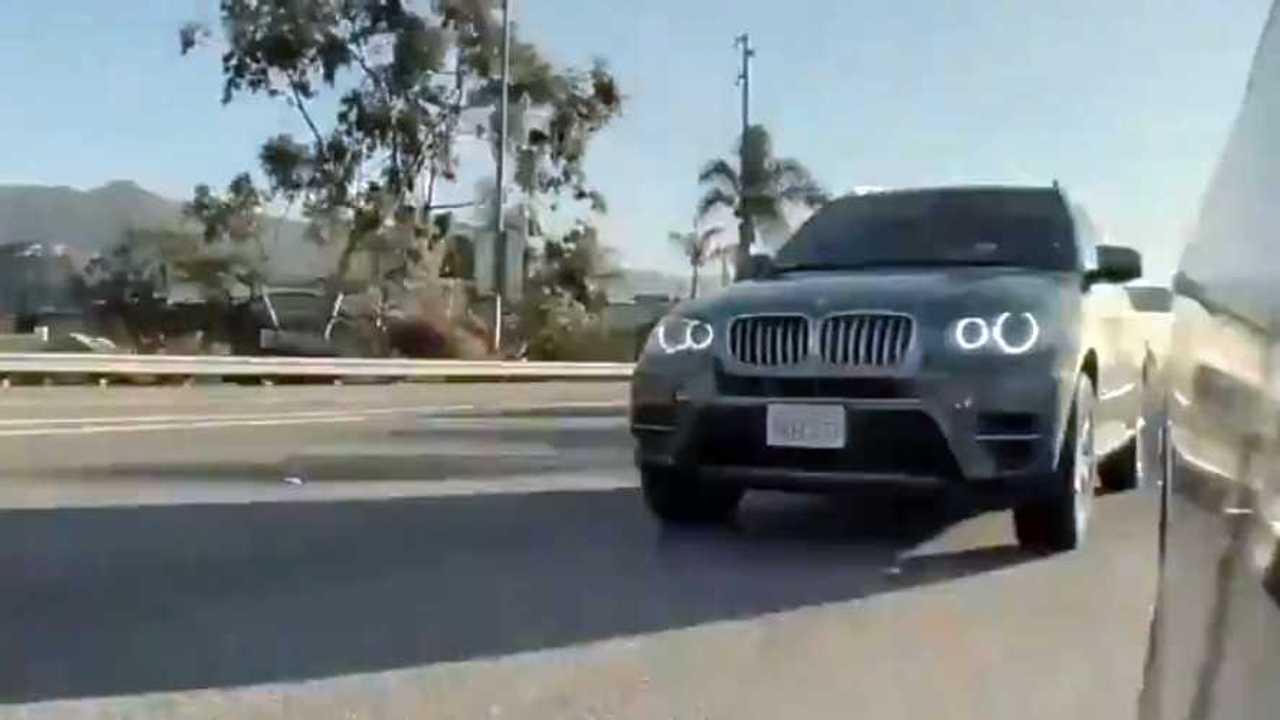 The X5 driver behaved as if the left lane was personal property and the Model 3 wasn’t even there.

BMW drivers are renowned for their sometimes aggressive, entitled driving style, and even though they are obviously not all bad, when you see what people like this X5 driver are capable of, it’s not hard to see where the generalizations come from. This X5 driver did not care there was a car in the highway lane he or she was pulling into and as a result nearly ran a Tesla Model 3 off the road - this is definitely a road rage incident.

Luckily, the Model 3’s safety systems intervened, kept the car pointing the right way and the exterior cameras caught this frankly frightening incident - it was apparently driving itself on Autopilot at the time of the incident. The Tesla’s owner credits the car’s safety systems for preventing a much more severe crash.

To us it is unclear if the BMW X5 driver actually wanted to make contact with the Model 3, or if he or she was just trying to intimidate the Tesla driver by pulling up in front of it. The reason? Well, most likely the Model 3 was not moving quickly enough for being in the left lane and this could have angered the BMW driver who didn’t have the patience to wait for the Tesla to change lane.

Check Out This Highway Hit And Run Caught On TeslaCam

We’ve seen this called a PIT maneuver over on Teslarati, but we don’t think the X5 driver actually wanted to cause a tête-à-queue. This older video does look more like an actual PIT maneuver attempt, also caught on a Tesla’s exterior cameras.