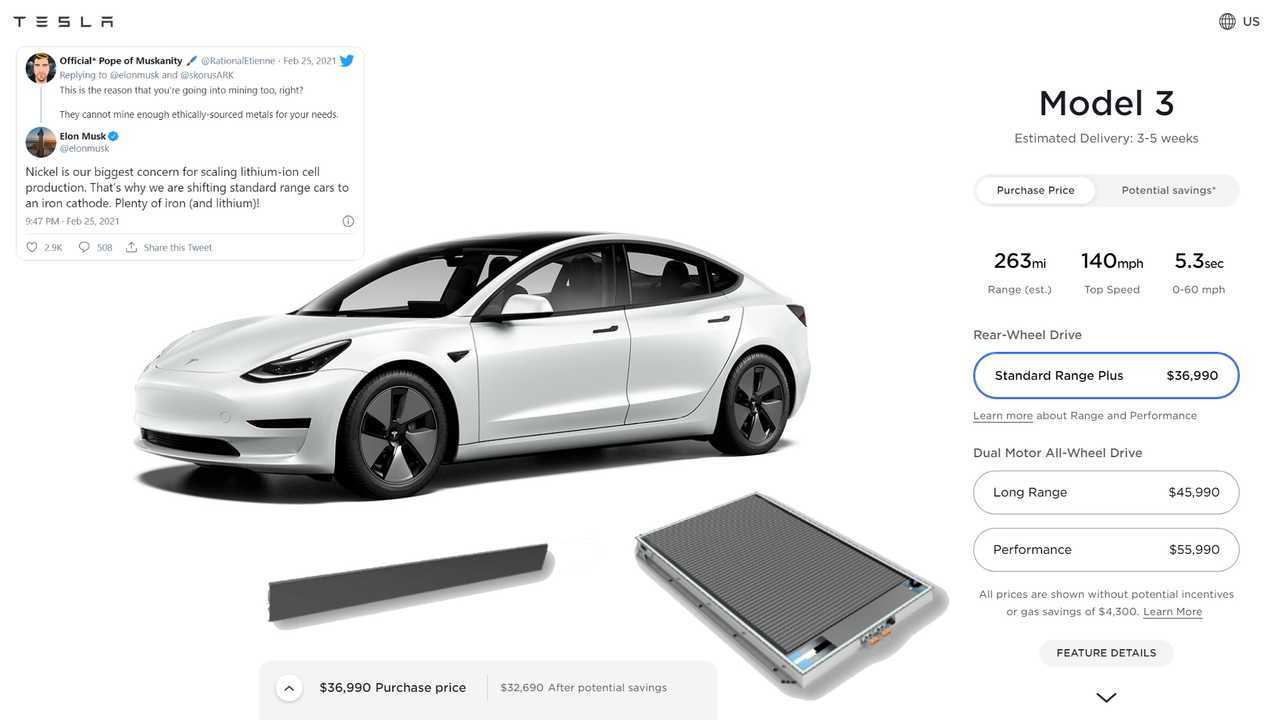 Would that have any connection with the Fremont production halt?

In July 2020, Elon Musk asked mining companies to “mine more nickel.” That’s what the future 4680 cells will need. In fact, that is what all car manufacturers willing to go electric will demand. The impact on supply is just around the corner, and Tesla has to avoid supply shortage as much as possible. This is why all Standard Range cars will have LFP battery packs.

Musk said that in a recent tweet and that will affect the Model 3 and the Model Y made in Fremont. We have also already told you that the $25,000 Tesla will also use these battery packs, which are more affordable, robust, and safer than the ones with 2170 cells. Their disadvantage is to offer less power density.

The Tesla CEO first answered a tweet from Sam Korus – from ARK Invest – that claimed that Tesla did well because it won over California early. Musk denied that was the goal and said Tesla’s real constraint was production.

Again, Musk said Tesla will only make its own batteries to supplement those from its suppliers, but it is clear that this also helps the company depend less on third parties. That was when a Musk follower asked if that was the reason for Tesla to pursue mining. The Tesla CEO did not confirm that and only said that his concern was with nickel supply. That was when he revealed the strategy for Standard Range cars.

This may be connected to multiple situations Tesla recently faced. The first one was taking the Model Y SR+ off of the menu on the website. The second could be the Fremont production halt. Musk confirmed it was related to a parts shortage, but he did not mention which.

The production lines are already back to work, which ends our hopes that the Model 3 could get the single-piece rear mega casting the Model Y already has.

Whatever parts were missing, the Tesla Model 3 made in Fremont should soon also have LFP battery packs. Tesla seems to be dealing with them in a better way, according to our friends at Nextmove, but that’s something we will tell you more about in another article. Stay tuned.