The company will have a single, exclusive electric car platform. Land Rover will have two.

In August 2018, Jaguar Land Rover announced it would have only two car platforms: MLA (Modular Longitudinal Architecture) and PTA (Premium Transverse Architecture). Only three years later, the company would have changed its plans. According to Autocar, Jaguar will only sell EVs from 2025 on, built over an exclusive electric platform.

Land Rover will still have only two platforms, but the PTA is dead, and it will be replaced with EMA (Electric Modular Architecture). Curiously, both of them will accept hybrid powertrains. Considering PTA was destined for vehicles with transversal engines, it is safe to say EMA will be destined for more affordable vehicles from the brand, such as the Land Rover Discovery Sport. Perhaps EMA is just a renamed PTA. The first fully-electric Land Rover should arrive in 2024.

Jaguar, on the other hand, will not have electrified combustion-engine offerings. The company will embrace battery packs, and it will not discontinue any current product, which can only mean that all of them will become fully electric.

Autocar mentions that Land Rover will present “will launch six pure electric vehicles, with EV variants of five.” That does not make sense, but it was probably due to the rush in publishing the article. That said, we are not sure if there will be PHEV (plug-in hybrid) versions of five Land Rover models and six pure EVs or six PHEVs with five derivatives presenting only a battery pack to power them. 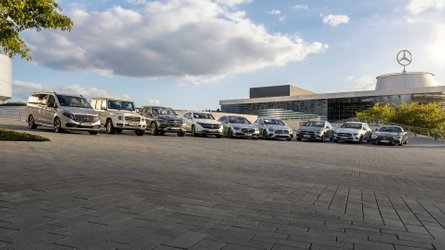 Whatever is in the cards for Land Rover, the company believes 60 percent of Land Rover sales will be of EVs by the end of the decade, leaving 40 percent for PHEVs. That makes the hypothesis of five PHEV versions of six EVs more plausible.

It is clear JLR has embraced the electric future and the circumstances surrounding it, especially in the UK. From electrifying its current cars, it has seemingly changed its mind to develop electric cars that may use range extenders. This is how T&E believes these cars should be conceived in the first place.