It will become BMW’s first foray into the high performance electric sedan segment.

BMW may have started its series production electric vehicle journey with the odd looking (but highly successful) i3, it has since reconsidered its tactic and now electric SUVs have become a priority for the manufacturer. But it won’t betray its roots as a builder of great sports sedans, because it is set to launch the i4 (the electric version of the upcoming 4 Series Gran Coupe) which in turn will be available as a hot Motorsport model.

The Bavarian automaker has confirmed that it is indeed working on an i4M, and this latest set of spy photos give us a first look at it. How do we know this is the M version and not a lesser grade i4?

Well, even though this prototype may not look like an M car, our spies point out several telltale signs that it is. Firstly, they point to the unique M-style mirror caps (present on all Motorsport models, even the SUVs), the blue brake calipers hiding behind the wheels (that appear to have come off a base 3 Series) and the wider rear track.

Regarding the extra width of the track, our spies were able to notice it after having seen a non-M prototype whose wheels are set more inward. We also presume there’s a sporty M-style bumper hiding under that front end camouflage and the same probably goes for the rear, although we really can’t tell through all that camouflage. 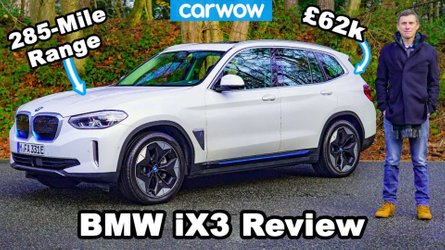 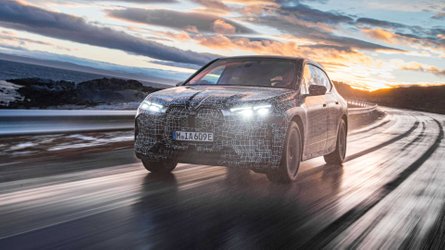 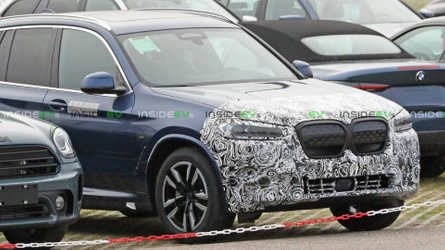 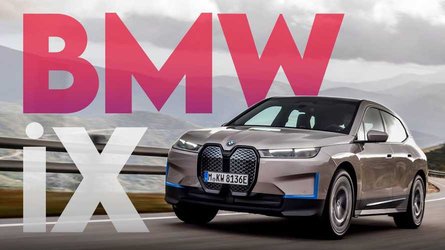 BMW iX: Everything You Need To Know

The BMW i4 will debut in its final final form this and enter production this year, although deliveries may begin in 2022 (the i4M may not be shown at the same time as the less potent i4 versions). There will be several different models available, with single- and dual-motor configurations - the base model is expected to be called the i440, above which will sit an i4 M50 and the i4 M is expected to above that.