This Camouflaged BMW Prototype Could Be The i4 M 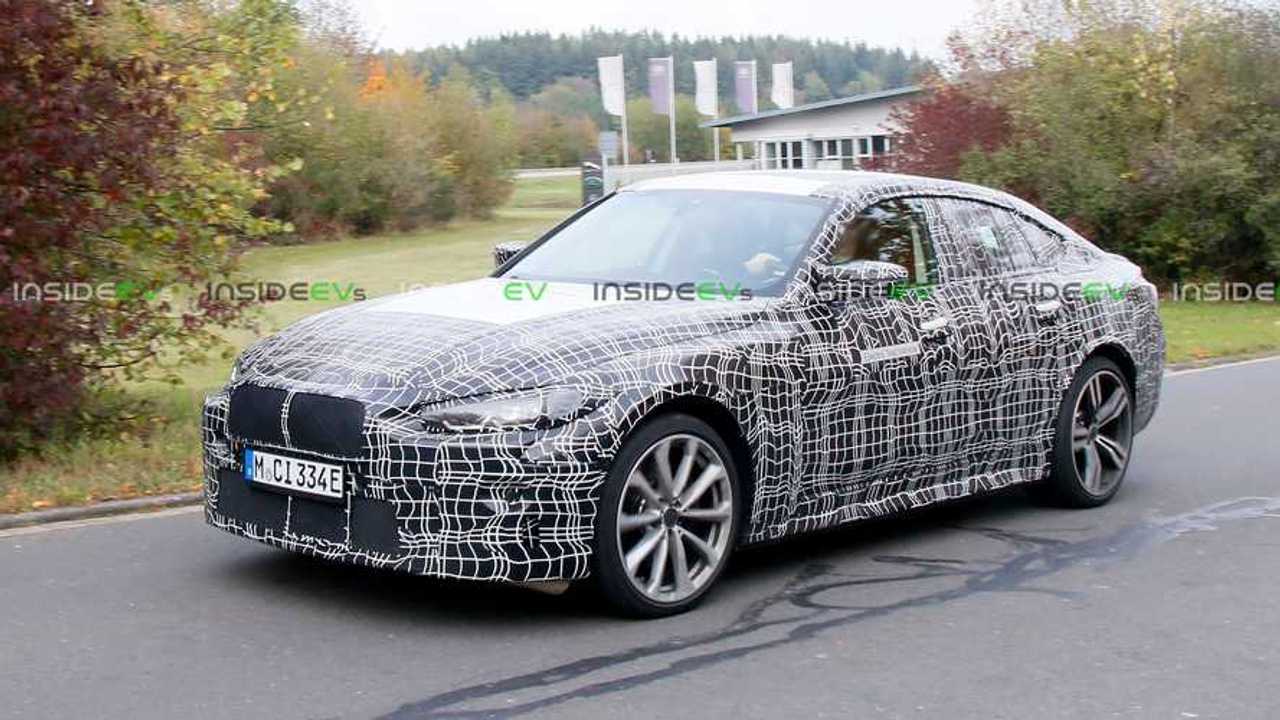 There are plenty of telltale sings that strongly suggest this is an actual Motorsport model.

What you’re looking at here might just be the first ever fully-electric Motorsport BMW. Back when we discussed the BMW i4, around the time of its reveal, we were told it was going to have up to 530 horsepower and that there would be multiple versions of it (including ones with lower power outputs).

We had a hunch that BMW was going to differentiate this most powerful version of the i4 from lesser models by making it look sportier and more aggressive. However, according to this article published by CarAdvice.com.au (which quotes BMW M CEO, Markus Flasch), it turns out the i4 M won’t be a full-blown M model.

Or it will, but it won’t challenge the gasoline-burning M3 and M4 (that were recently revealed). We aren’t really sure where BMW will position it because, as Flasch pointed out, BMW Motorsport feels battery technology is not advanced enough yet for it to produce an EV to match (and surpass) its core ICE M models.

And now we have this set of spy photos what show a car that is clearly fully-electric and it also bears the unique visual signature of a full-blown M model. BMW does put the M badge on lesser models, like, say, the M340i, but those don’t get widened wheel arches, rear tires as wide as the ones on this prototype or unique M mirrors with the winglet

Check out our latest spy shots

So we don’t know what to make of all this. On one hand, BMW says it is making an M version of the i4, but that it won’t quite match the performance of the M3 and M4. On the other, this four-door prototype looks exactly like we’ve come to expect a modern Motorsport BMW to look - all the visual cues are there.

BMW will unveil both the production spec i4 and the i4 M sometime in 2021 and keen drivers are undeniably looking forward to the latter. The perception that EVs can’t be fun to drive is shifting (thank you, Porsche Taycan, Tesla Model 3 and others) and enthusiasts will surely want to see BMW’s approach to making a fun, fast electric sedan.