Remember The $5,000 Rich Rebuilds Mini EV? It Was Cheaper Than That

It required some upgrades but selling its parts brought the price down.

When we started following Rich Benoit’s newest electric project, we called it a budget EV conversion. Although that is technically correct, we feel that it deserves to be corrected. What Benoit did was recycling a Mini that would end up in a junkyard by giving it an electric soul. It had the goal of costing $5,000. Now that it is complete, we are happy to say it cost way less than that.

Benoit had to make some changes, such as getting a more powerful controller. He also stripped off the rear seats to place the second Chevy Volt battery pack there. Not only because he wanted to be able to swap batteries to compete with this Mini at the 24 Hours Of LeMons but also for a matter of safety.

Benoit’s reasoning is very sound: putting the second battery pack over the first one would send it flying in case of a rear crash, for example. Some people complained about that, but another point Rich made was that the rear seats in these early modern Minis were useless anyway. Last but not least, it is his car. People unhappy with the result can try to do better themselves.

By preserving the Mini gearbox, Benoit faced an interesting situation: too much torque from the electric motor. In diesel vehicles, people normally solve that by starting to move the vehicle in second or even third gear. The first is left for when there is something heavy to tow or the truck in question is fully loaded. Starting the Mini in first gear makes it jump ahead jarringly, as Benoit and Steves Salowsky put it.

Apart from the technical bits and the budget part, Rich Rebuilds’ videos are always entertaining. In this one, make sure you do not miss the part about flying wood planks. If we tell you what that is, you will miss part of the fun.

Regarding how cheap this car ended up being, we could give you the number straight away. The sad part is that you would miss how much money Benoit saved by selling the Mini parts he did not need. One of them cost almost as much as the entire car. 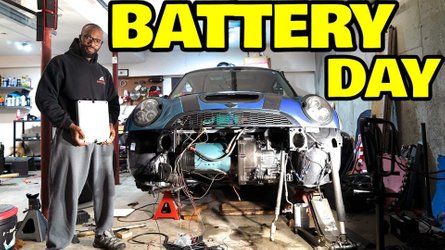 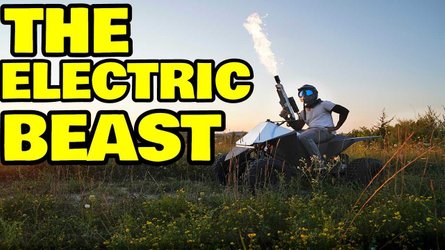 Rich Rebuilds Finishes The Cyberquad And It Is Insanely Fast

The final number is surprisingly low. Just remember that this was only possible because Benoit and Salowsky worked on the car themselves. Labor would possibly make it much more expensive.

That said, if you have the necessary skills and live in a place where you can get electric parts for an affordable price, recycling can be a fun option – especially if you take that in a fun and light way as Benoit and his team do.