You’ll be surprised to discover what he has chosen to make his FrankenMini move.

Victor Frankenstein used electricity to give life back to a dead man. In fact, he joined multiple corpse parts to achieve that. We are not sure Frankenstein made that on a budget – Mary Shelley did not mention anything about that – but Rich Benoit did. He bought a dead Mini and is now trying to make it live with electricity. We just wondered with which battery pack, something this video answers.

Benoit has made a previous video clarifying how he got an electric pump to create a vacuum for the original brake booster in the car, as well as some other components necessary for the EV conversion, such as the DC-to-DC converter, inverter, and so forth. But the battery pack was not mentioned there. You can watch that video below.

Regarding the newest one, Benoit talks about the conversion details. He had to replace the 12V battery, for example. Instead of leaving it under the trunk floor – as it used to be due to weight distribution – the youtuber decided to place it in the front.

From now on, the luggage compartment will be the battery pack compartment in FrankenMini. Nobody said a cheap EV conversion would allow you to carry anything, right? The charging port was placed where the Mini previously had its gas filler neck. 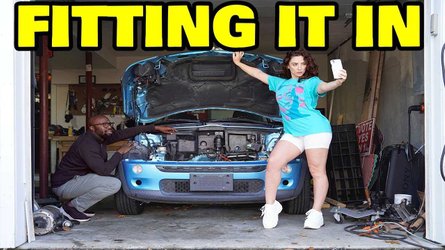 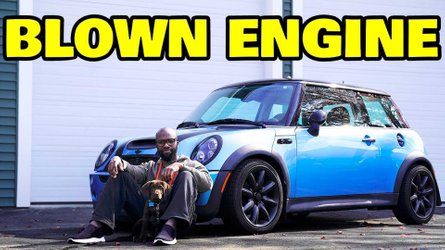 Rich Rebuilds? Sort Of: Rich Converts A Mini Into An EV

While he made fun of his main income source to earn a few more bucks, Benoit started to describe all the options he had for the battery pack. The Zero Motorcycle unit was among them but was not chosen because it is expensive. Lead-acid batteries were also presented. Although they are cheap, Benoit would need an insane amount of them for the car to make sense.

We were surprised to see a Tesla and a Nissan Leaf battery modules. Benoit explained their advantages and disadvantages before presenting what he chose to use and how much he paid. Are you curious about that? Then don’t miss the main video. We will not ruin the fun you will have to find that out while laughing with the youtuber.