Both cars are owned by popular YouTuber Shmee150 and the result may surprise you.

The Senna is one of the most extreme and track focused McLaren supercars ever - it is about as close to the age-old automotive cliche of a racing car for the road as you can get - they even named it in honor of one of the greatest racing drivers ever, Ayrton Senna, specifically to drive the point home that this is primarily a track too; there are very few road cars that could keep up with it around a track.

And yet, on paper, its acceleration number are actually very similar to those of a vehicle that has been designed to be far more civilized, an electric sedan designed for daily use - the Porsche Taycan Turbo S. If it’s facts and figures that you’re after, here they are: the Senna has a mid-mounted 4-liter V8 force-fed by two turbochargers to 789 horsepower and 800 Nm (590 pound-feet) of torque, it weighs just 1,300 kg (2,886 pounds) and even though it’s only rear-wheel drive, it sprints to 100 km/h (62 mph) in 2.8 seconds, topping out at 335 km/h (208 mph).

By contrast, the Taycan is a much heavier vehicle - it is one small city car heavier than the McLaren, with a weight of 2,295 kg (5,059 pounds). It’s also slightly less powerful than the Senna, pumping out 761 horsepower, but it does make way more torque (1,050 Nm or 774 pound-feet) and thanks to a dual-motor, all-wheel drive setup, it sprints to 100 km/h (62 mph) in exactly 2.8 seconds, the same time as the supercar. There is no contest between the two cars when it comes to top speed, as the Porsche is limited to 260 km/h (162 mph), but a drag race between them is definitely interesting to watch. 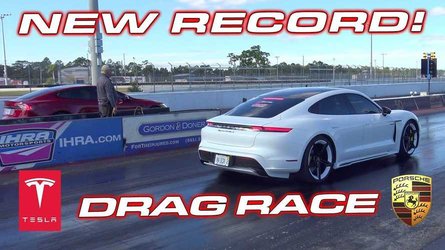 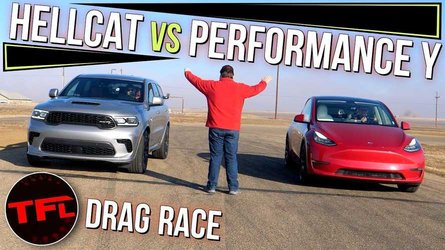 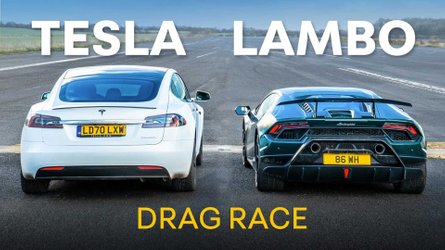 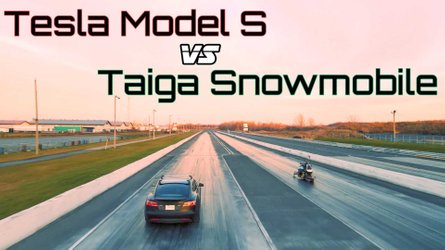 Famed YouTuber Shmee150 owns both these cars and since they are so evenly matched on paper, he decided to drag race one against the other. Had this been mile-long drag race, the McLaren would have definitely come out victorious, but since this is a quarter-mile race, maybe the Porsche has a chance to win.