That’s 26 miles. And no, no one else had that record before.

If you heard anywhere that the Porsche Taycan broke the world drifting EV record, you must have asked yourself: who had the record before that? The truth is that no other EV did. That said, the best verbs to describe what Porsche accomplished are “set” or “establish.” And this is precisely what the Taycan did: it set a world EV drifting after going sideways for 42.171 kilometers – or 25.58 miles.

The feat was certified by the Guinness World Records Book – which, by the way, is the only safe way to beat or establish any records at all. Porsche chose to use its own irrigated skidpad at the Porsche Experience Centre (PEC) Hockenheimring test facility. The 200-meter circular track allowed the Porsche instructor Dennis Retera to do 210 laps there in about an hour.

The German carmaker selected a rear-wheel-drive only Taycan for the record attempt. If you think all Taycan units are AWD, that’s not true for the Chinese market, where buyers can choose to have the EV powered only by its rear wheels.

The longest drifting ever made happened in January 2018 and demanded four refueling sessions while the car was still drifting. It took the BMW M5 eight hours to complete 232.5 miles (374.17 km) of driving sideways. We wonder how that could be done with an electric car: perhaps with a long charging cable that could move with it without whirling? 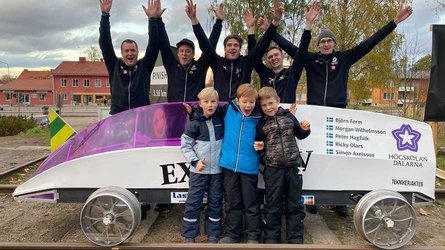 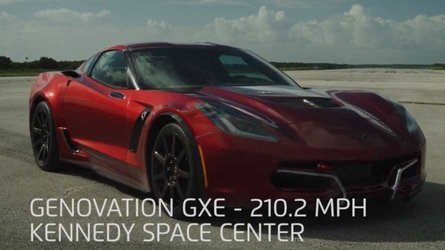 Since we are in the early infancy of the world EV drifting records, that’s probably something we should not be concerned about. Better battery packs may allow them to drift for more time before we can ever worry about recharging in motion.

What we are curious about regards who will challenge Porsche in the future for this drifting crown. For regular EV fans – worried about energy efficiency and more range – this may look like nonsense, but electric cars have the goal to replace all other vehicles. If people have fun drifting combustion-engined vehicles, why can’t they also do that with EVs? Any challenger will be more than welcome. The sooner, the better.