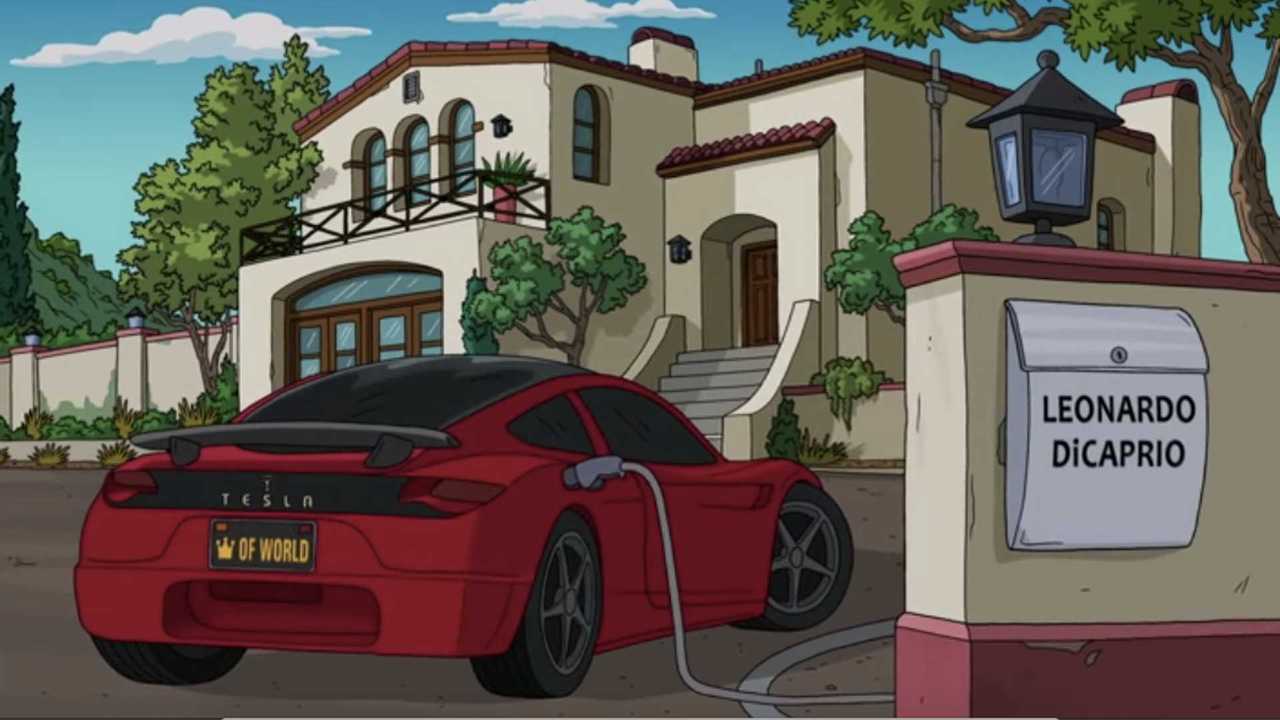 This is just the latest in a long line of Tesla cameos in popular animated series.

We scoured the internet to bring you all the instances when Tesla (either its cars or its founder and CEO) was featured in a popular animated series. Well, we can now add one more to the list, as a Tesla was just shown on the Simpsons again, and this time it’s the upcoming Roadster.

To be precise, the Tesla Roadster is briefly shown in episode 5 of season 32 where it is shown outside actor Leonardo DiCaprio’s house plugged in and charging. Its number plate says ‘ King of the world ‘ and is a nod to his starring role in the Titanic movie.

It is worth noting that the design of the Tesla Roadster isn’t completely accurate compared to the look of the car that Tesla actually showed. The main difference has to be the black trim that connects the two rear light clusters - there was no contrasting color on the back of the original concept, but we must say this is a pretty good look for the Roadster; who knows, maybe the production version will have something similar.

Elon Musk and Tesla have been featured in animated series before

Furthermore, the charging port is on the right side of the car, which for Teslas is the wrong side; all Teslas are plugged in on their left side, although we presume that the people who created the episode wanted the car to fit in with the way they had envisioned the mansion - they designed the car around the mansion, not the other way around.