Nissan Will Open Pre-Orders For Ariya In The U.S. Later This Year 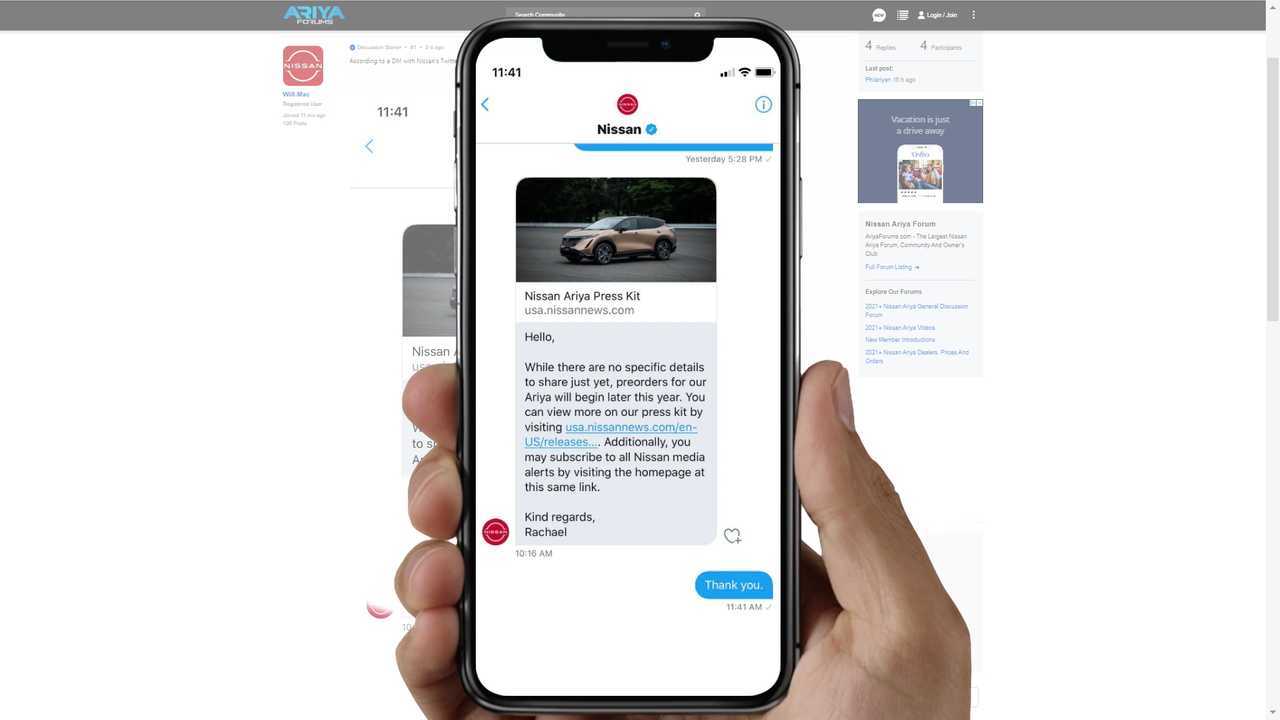 Ariya Forums commenters received a message from the company saying that.

Since July 15, Nissan's loyal fans and new customers are waiting for the Ariya. The electric SUV corrects one of the main flaws in the Leaf – its air-cooled battery – and offers electric mobility in a package that people are more willing to have. When Nissan said it would only deliver the electric CUV by mid-2021 in Japan and even later in other markets, people probably got surprised when they learned pre-orders would open “later this year.”

That’s what Nissan itself has told future customers in a message sent on Facebook. The user Will-Mac at Ariya Forums was kind enough to share it with the rest of the members and the Breaking News Team to warn us about that.

The message, which you can see above and at the Ariya Forums thread (link below), states that pre-orders will begin later this year. Will-Mac believes that means they will open in December.

While Nissan is not likely to release the reservation numbers – unless they are overwhelming – it will help it decide how many it will produce and even consider producing it anywhere else apart from its Tochigi plant in Japan. The pre-orders are a good way to measure demand and how to cope with it in the best way possible.

Plants that also produce the Leaf – such as Sunderland, in the UK, and Smyrna, in the US – would be natural candidates to do that, but Nissan has already ruled the British plant out of the production pool for the electric SUV. After all, having a liquid-cooled battery pack makes it quite different.

Tochigi had to be changed and modernized to make the Ariya. In fact, we bet it is still going through improvements, which explains why production will still take a while to start. If deliveries could start sooner, Nissan would probably prefer it that way. It would allow it to compete sooner with other electric cars and even to sell carbon credits to companies in need. That’s quite a lucrative business these days.