However, Ford promises there is no delay.

The Ford Mustang Mach-E is due to land in showrooms before the end of 2020, but it appears that some customers are being told by their dealers that they will have to wait a little longer if they want to charge their car with Ford's Connected Home Charger.

This news comes from over at the Mach-E Club, where a member posted an email sent to a Mach-E order holder by their dealership informing them that while their car is almost here, they won't be able to get Ford's wall-mounted high-powered EVSE until the end of April:

The all new Mustang Mach-E is almost here!

I know many of you have been inquiring about in-home charging stations and we are actively coming up with options and a process. The Ford in-home charging station will not be available until the end of April. We are in contact with another charging station vendor to be able to supply us with units for you. We are also contacting a few installers so we can offer you choices for that as well. Our plan is to give our customers the ability to finance, use your Ford credit card or pay cash for the charger and installation. It is also our plan to have multiple installers for you to choose from so that your schedule can always be met. We are working to have this plan in place and pricing available in the next couple weeks so you can make a decision on charging before your Mach-E arrives.

However, we've confirmed from Ford that the Connected Home Charger will indeed be available in late 2020, so it's unclear whether Ford initially won't have enough of them to satisfy all of the advanced orders they've received, or if the Ford dealership that sent the email is not properly informed.

Ford pointed us to the Connected Home Charger order page, which is accepting pre-orders and promised a December delivery date. So we're not sure if the dealer sending out the emails is incorrect, or if they have unreleased information not available to us about a shortage of supply once they begin shipping. In any event, it seems strange that the dealership is telling its customers "end of April" when Ford is telling us there is no delay.

That email communication seemed to cause some confusion in the forum as at least one club member thought that meant they wouldn't be able to charge their car until they had the Connected Home Charger installed. Fortunately, that isn't the case.

Mach-E owners really don't need to be concerned if the dealer is correct (Ford promised they aren't) they cannot get a Connected Home Charger at the time of their delivery. The supplied mobile connector can deliver 32-amps which is fine for home charging. It won't charge the Mustang Mach-E quite as rapidly as the 48-amp Connected Home Charger can, but it can charge it at a rate of 22 miles per hour, so an overnight charge should fully recharge the vehicle in most cases.

Is the Connected Charge Station worth it?

Unfortunately, many of the Mach-E buyers are probably new to EVs, and may think they need Ford's Connected Charge Station. It's hard to say what's being communicated to them at the dealerships, and it's possible that some dealers are steering the customers to buying the unit, even though they may not need it, because it adds to the sale. 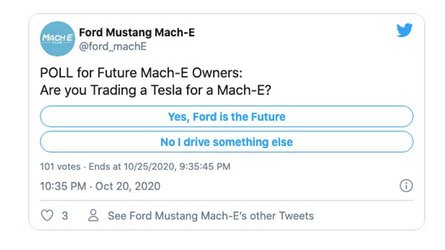 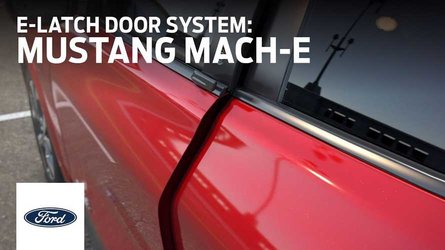 So if a Mach-E owner does experience a delay in getting the Connected Charge Station due to more demand than supply initially, it may be a blessing in disguise. It can give new Mustang Mach-E owners an opportunity to look at aftermarket EVSE, all of which (with the exception of Tesla products) are compatible with the Mach-E.

There are a lot of good choices out there, and there's no need to rush to buy a home charger, especially when Ford is supplying such a good mobile connector with the vehicle. In fact, most people will find the Ford mobile connector that is included with their Mach-E to be more than capable for daily home charging.