Nissan improved the LEAF offer a little bit in the UK and we expect similar changes to apply also in all of Europe.

The British division of Nissan announced today new tech, more standard equipment and slightly lower prices for its MY20 LEAF range, which we assume soon will spread also beyond the UK to other European markets.

The production of the improved and more competitive MY20 LEAF (both 40 kWh and 6 kWh versions) will start in the Sunderland plant on November 16. Let's see what changes.

Other existing versions (LEAF Acenta and N-Connecta 40 kWh and LEAF N-TEC 62 kWh) see no price changes, although the Tekna 40 kWh was adjusted up by £315 to include Nissan’s Intelligent Rearview Mirror as standard. 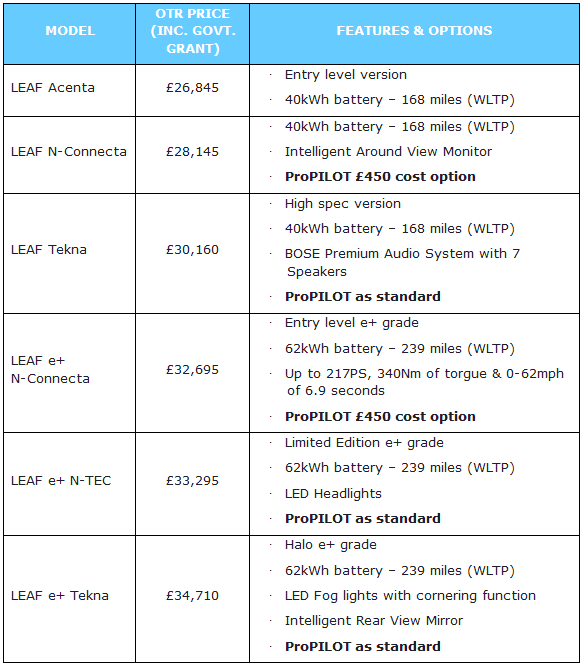 It's a new entry-grade 62 kWh version (from £32,695 OTR and including PICG), which according to Nissan should increase accessibility to the longer-range LEAF.

There are several positions on the list, but the most interesting is a new telescopic steering wheel! Yes... after all those years and reviews, Nissan finally will offer a fully adjustable steering wheel.

According to Nissan, during the first nine months of 2020, LEAF sales in the UK increased year-over-year by 56%. A big reason for that is the booming British EV market we guess.

Interestingly, more than half of LEAFs sold have been equipped with ProPILOT.