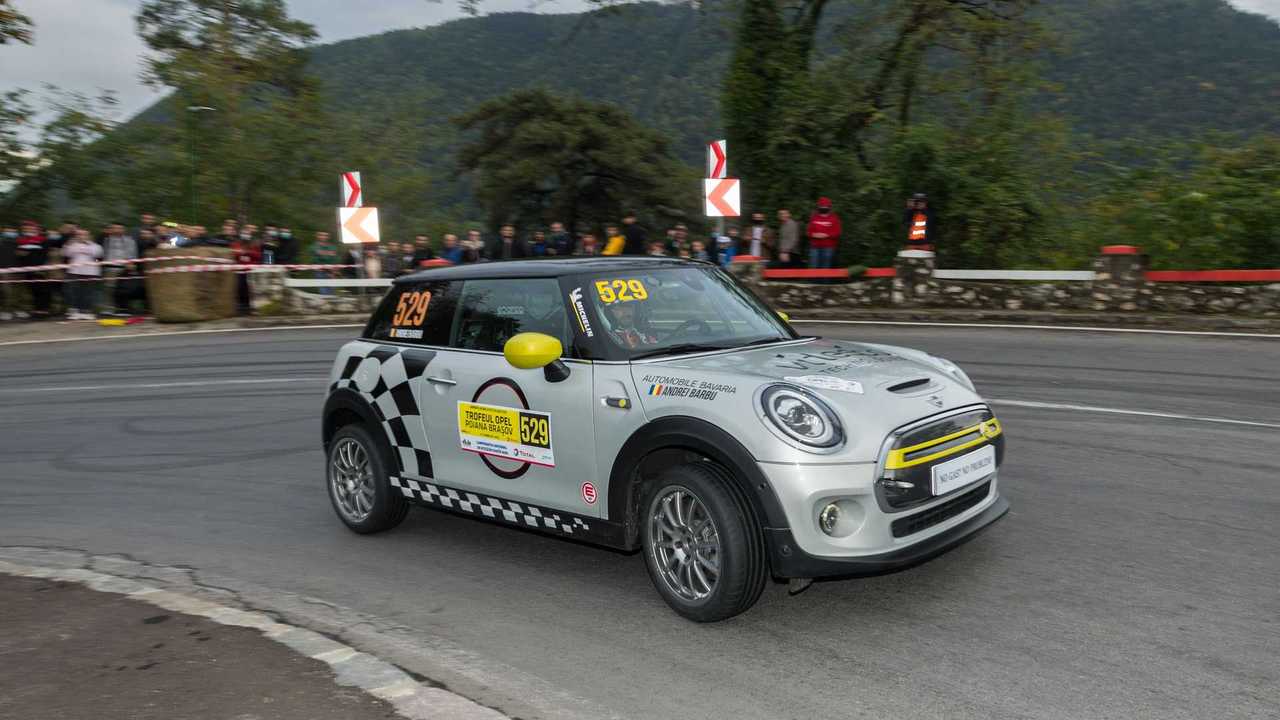 The car is mostly stock, but its interior has been given the racing makeover.

We really enjoyed our time with the MINI Cooper SE which we tested both in the U.S. and Europe. It is a very feisty and enjoyable car (especially if you disable the electronic nannies and show it some turns) and it definitely retained the fun driving character that imbues all modern MINIs.

There have been a few MINI rally cars, with a history going all the way back to the 1960s. But even under BMW ownership, the brand has still produced rally cars, the latest being the 2011 John Cooper Works WRC, which was surprisingly based on the tall Countryman model, although it had many mechanical modifications to make it competitive in the World Rally Championship.

Now it’s the turn of the all-electric Cooper SE to go rallying. It recently took part in an actual hillclimb in Romania, its official rallying debut, and while it didn’t win, it didn’t come last either (it ranked somewhere in the second part of the tables, even though the planned driver couldn’t make it and the team had to find a replacement). The hillclimb stage in Brașov county was part of the Campionatul Național de Viteză în Coastă (National Hillclimb Championship).

In order to comply with regulations, the car gained a roll cage and its interior was stripped of many trim pieces, sound deadening plus the back seat. The front seats were replaced with special racing seats complete with racing harnesses and all these modifications made the MINI some 150 kg (330 pounds) lighter; that’s impressive in a vehicle that was quite light by modern EV standards, tipping the scales at 1.4 tons, so now it should weigh around 1.25 tons.

Here's what we thought about the MINI Cooper SE

Can The MINI Cooper SE Road Trip? We Drive It 1,111 Miles To Find Out

The rest of the package remains unchanged - the electric motor produces 181 horsepower and 270 Nm (199 pound-feet) of torque and there are no modifications to the car’s suspension or brakes. However, having shed as much weight as it did, this should help its nought to 100 km/h (62 mph) time to drop well below the 7.3-second mark; top speed remains the same electronically limited 150 km/h (93 mph).