The reveal relied on a computer-generated vehicle.

General Motor's GMC Hummer EV reveal was supposed to happen back in May. However, like many other events, it was delayed for many months due to the COVID-19 pandemic. When it finally happened this week, it wasn't actually an event at all, and there was no real electric pickup truck.

Editor's Note: Apparently, the GM engineer we quoted below misspoke. Now we are being told GM has a prototype, but it's not fully functional (but prototypes typically aren't). GM will release a related statement soon. At this point, we're confused, so hopefully, the statement will help us clarify.

There was no live stream, no electric pickup truck on a stage, no execs talking, nothing. Instead, GM played what appeared to be a 6-minute CGI video of the Hummer EV tackling tough terrain. The video ended, we waited and waited, and then asked ourselves and our team, "Was that it?"

Yes, that was it. Well, it turns out, GM doesn't yet have a working Hummer electric pickup truck. It has a display vehicle, as well as the battery platform, but as far as a production-intent vehicle is concerned, it doesn't exist yet. Keep in mind, GM says this vehicle is just one year away. Meanwhile, chief engineer Al Oppenheiser admitted:

“Interestingly enough, we don’t have a vehicle yet. We’re building our first test vehicle as we speak; the vehicle you see in the video is our display vehicle.”

While this may be shocking to some people, it's becoming increasingly common. Startups and automakers are showing off future vehicles without actually having a vehicle developed. GM is currently working on a partnership to build the Nikola Badger electric pickup truck, which was officially unveiled in the form of a bunch of renderings.

Depending on how you look at it, this isn't all that different from the days of concept cars at auto shows. They were there for people to drool over, but weren't typically working vehicles. However, we can also argue that this is much different since companies are touting specs for these cars, taking reservations, and treating them as if they are production vehicles, while not actually having an example on hand. 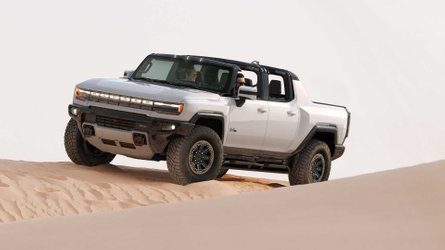 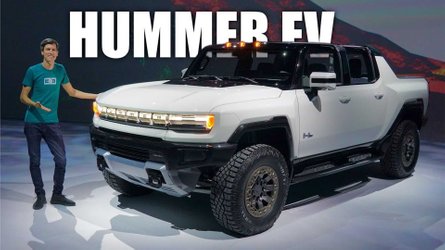 In GM's defense, it has the battery technology and architecture all set. So, it's really just a matter of dropping a Hummer body on top, right?

It's not that simple, but yes, sort of. Some people will be really bent out of shape to learn that there is actually no GMC Hummer EV in existence yet. However, this paints an interesting picture of the future. If startups and automakers can build a working EV platform and then launch several new vehicles on that platform in record time, it will be a brand-new direction for the automotive world.

In the meantime, we'll wait for the real Hummer EV to arrive and prove itself to the world. Scroll down and let us know what you think in the comment section below.