Tesla Is Buying Back Roadsters To Turn Them Into Spare Parts 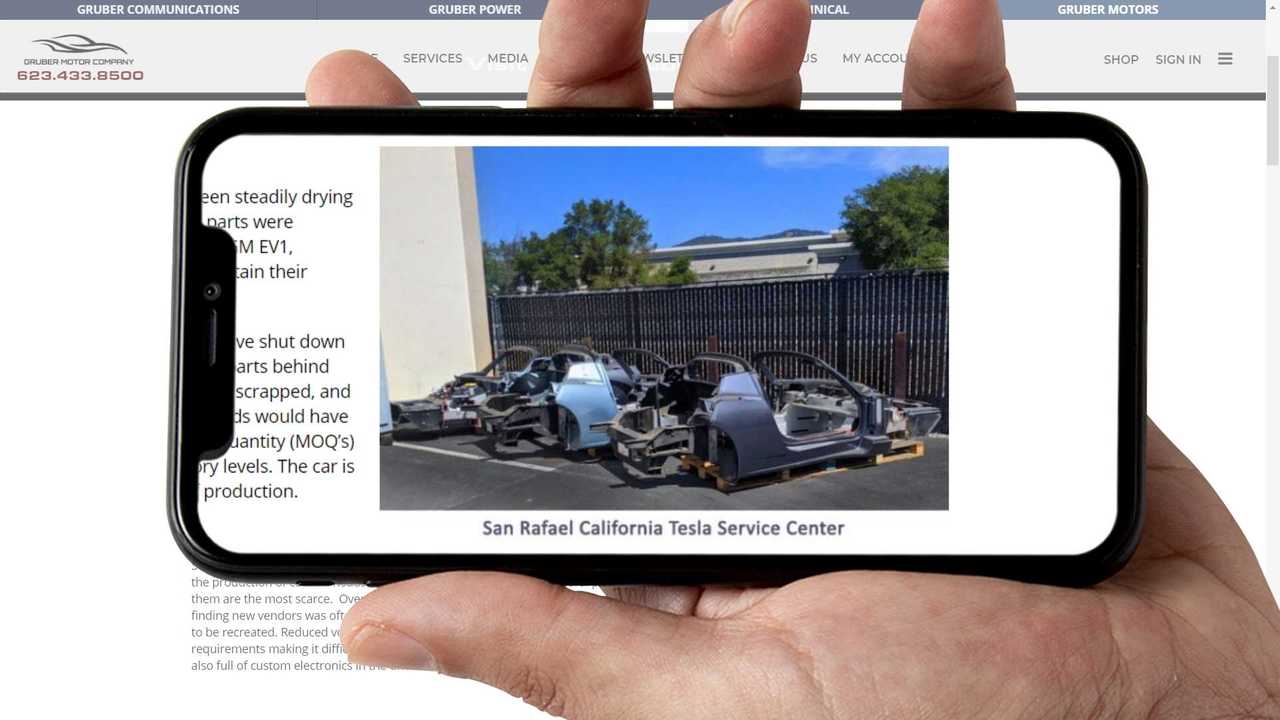 Gruber Motors believes there are some positive consequences related to that.

With original Tesla Roadsters becoming more and more a classic car, demand for parts to keep them running also increases as time goes by. The difficulty of finding these parts has also taken a leap, which led Tesla to adopt a new strategy. Instead of having a dedicated center to produce these parts, as some automakers such as Porsche and Mercedes-Benz do, it is buying Roadsters to turn them into spare parts, according to Gruber Motors.

The Phoenix company, which is specialized in recovering the Roadster, brought the information and even a picture of the San Rafael Service Center, in California, with two carcasses of the Roadster, indicating they have already been converted into parts inventory.

The parts that the remaining cars miss the most are body panels and structural parts. The reasons for that, according to Gruber Motors, would be that “molds had been retired, lost, or scrapped, and finding new vendors was often a cost-prohibitive exercise because the molds would have to be recreated.”

If you believe it is just a matter of asking Lotus for Elise parts, forget it. Although the Roadster was based on that car, only seven percent of the parts come from the Lotus. All else was specifically designed for the Roadster.

While Roadster owners and people concerned with preserving automotive history may be concerned with Tesla’s move, Gruber Motors tried to point out the positive sides of such a strategy.

The first one would be that Tesla is offering excellent deals for Roadster owners to get new cars. Gruber Motors believes the company has already “spent into seven figures” to offer these “new” parts.

The fact that Tesla is buying these Roadsters to offer other Roadster owners the chance to keep their cars running would also be a sign that the company is worried about the first people to believe the company would succeed. That would be the second win and Gruber Motors said it is part of that effort “as a vendor and as a procurement partner, reactivating old vendors, sourcing new vendors, and 3D printing certain Roadster parts.”

What Happens To A Tesla When It Ages? It Goes to Gruber Motors

The third one is that people that are not willing to sell their Roadsters – but rather to keep them as much as possible – will see their prices appreciate considerably. After all, the Roadster was already a minimal production car, with only 2,400 units. The ones that manage to survive will have much more value in the future.

That is certainly a way to see things, but what about the perfectly good cars that will become parts? Wouldn’t it be better for Tesla to try to find partners that could recreate the necessary parts or even produce them itself? Isn’t Tesla taking the “reduce, reuse, recycle” motto too far? You are more than welcome to join the discussion in our comments.