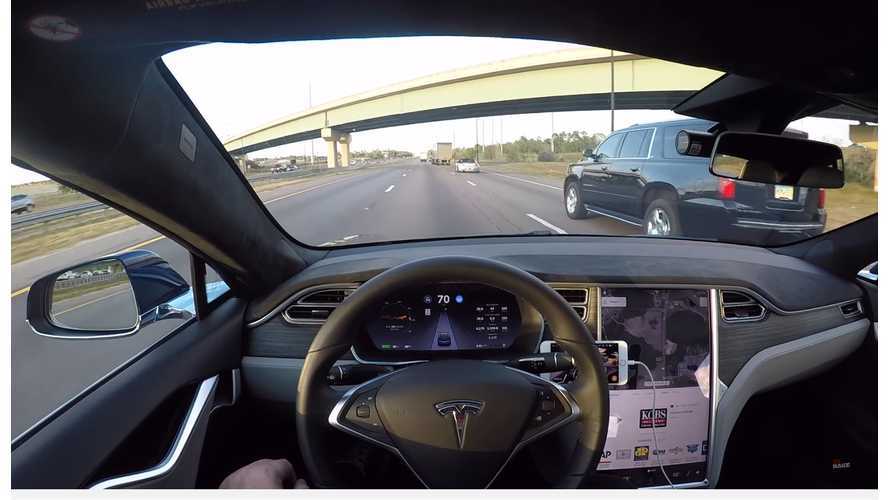 The time has finally come. We can only hope the FSD rewrite is as profound as Elon Musk claims.

As far as many people are concerned, Tesla's Full Self-Driving Capability is way late and never coming. However, it really depends on how you look at it. We should have a much better idea about the status of the situation starting next week, as Tesla will release a "Limited FSD" on Tuesday, October 20 to a small number of "expert & careful drivers," according to CEO Elon Musk.

As you can see from the tweet above, Musk responded to an article by CleanTechnica. The article attempted to break down and lay out all of the recent information about the upcoming FSD release. We shared much of Musk's recent Tweetstorm with you last week. However, this latest reply from this morning is a bombshell.

Back on September 22, Musk said Tesla hoped to release FSD in private beta form in about a month. Often this type of Musk tweet will come and go with little action. However, Tesla has been much more consistent lately with timing and promises related to Musk's tweets. Perhaps we should say Musk seems to be much more conservative of late?

Why You Should Wait To Buy Tesla's Full Self-Driving Option
⠀

At any rate, if the beta release happens next Tuesday, it's right on target with Musk's recent promise. The more important part about the CEO's promise is yet to be seen, however. He calls the rewrite a "Quantum Leap." It's supposedly an order of magnitude beyond anything we've seen related to Tesla's self-driving efforts to date. Musk wrote (via Teslarati):

“I think we’ll hopefully release a private beta of Autopilot, of the full self-driving version of Autopilot in, I think, a month or so, and then people will really understand just the magnitude of the change. It’s profound. So, yeah. Anyway, so, you’ll see it. It’s just like a hell of a step change, but because we had to rewrite everything — labeling software, just the entire code base — it took us quite a while. … I call it like 4D in the sense that it’s three dimensions plus time. It’s just taken us a while to rewrite everything. And, so, you’ll see what it’s like. It’s amazing. Yeah. It’s just clearly going to work."

At this point, it becomes a waiting game. Hopefully, we'll get reports about the technology next week, though Tesla may or may not allow this small group to share, at least initially. After that, the potential for an unassisted cross-country FSD trip and the release timeline is unknown. Nevertheless, this should prove very exciting for Tesla owners and the future.