What Advanced Safety Systems Are Available In A Tesla? 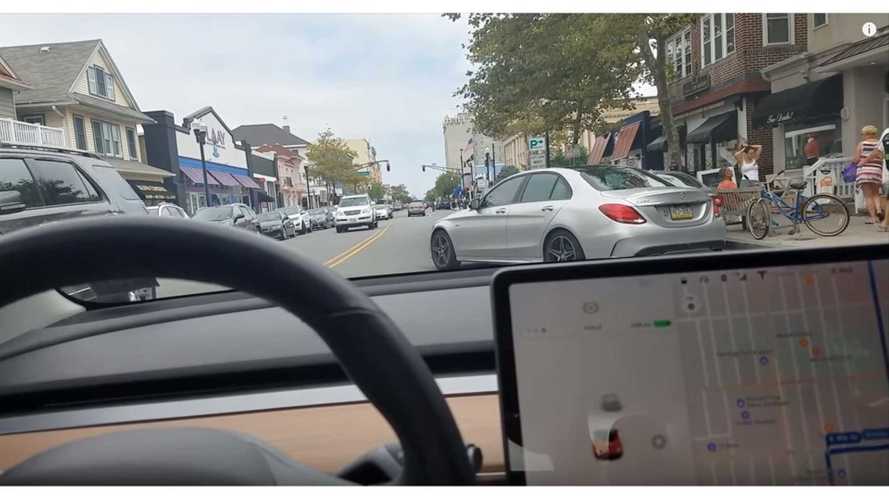 Tesla's advanced driver-assist systems are often overlooked since they're built into the Autopilot suite.

Posted on EVANNEX on October 10, 2020 by Matt Pressman

Tesla has a team of 'Jedi engineers' working diligently to add self-driving functionality to the fleet. That said, full self-driving capabilities haven't been achieved at this time. The hardware is ready, according to Elon Musk, but the software isn't there (yet).

It turns out that Tesla's Autopilot hardware also powers a number of often-overlooked active safety features. Active safety features like lane keeping assist and automatic emergency braking have become high-demand additions on new vehicles sold today, especially since the features are factored into safety ratings from the IIHS.

Active Safety Features are included on all Tesla vehicles built since September 2014. Every vehicle with any version of Autopilot hardware has these features, even if they don’t have any other Autopilot software package. What are these active safety features? Let's take a look below.

Automatic Emergency Braking will engage the car’s brakes when it believes it is about to collide with something – be it another car or an obstacle. The goal is to avoid the collision entirely, but even if the collision can’t be avoided entirely the braking still helps reduce the severity of the impact. Rear ending another vehicle is much less dangerous at 20 miles per hour than at 60.

Obstacle Aware Acceleration will slow down the Tesla vehicle’s acceleration if it’s obstructed, to keep the vehicle from ramming into anything. Its inclusion may be Tesla’s attempt to address the “Sudden Unintended Acceleration” incidents that pop up every now and then.

Side Collision Warning warns the driver of obstacles or vehicles that are approaching the Tesla from the side.

Blind Spot Monitoring will alert the driver to obstacles or vehicles in their blindspot when they attempt to make a lane change.

Lane Departure Avoidance, tracks lane lines and will help to keep the Tesla in its lane. If the vehicle starts to drift, Lane Departure Avoidance will nudge the car back into the lane. This is not a substitute to Autosteer, it’s just meant to keep the driver from leaving their lane. It can also be configured as a warning chime or turned off if a driver doesn’t like the nudge.

Many drivers dislike the handhold-y nature of these features, and most automakers that offer them allow drivers to turn them off. Tesla is no exception; every feature can be toggled on and off.

Regardless, active safety features are just a small part of the bigger picture. The Tesla fleet has stellar 5-star safety ratings in every category (and sub-category). In fact, a Tesla is the safest car on the planet due to many reasons but active safety features contribute, greatly, to driver safety in a Tesla.