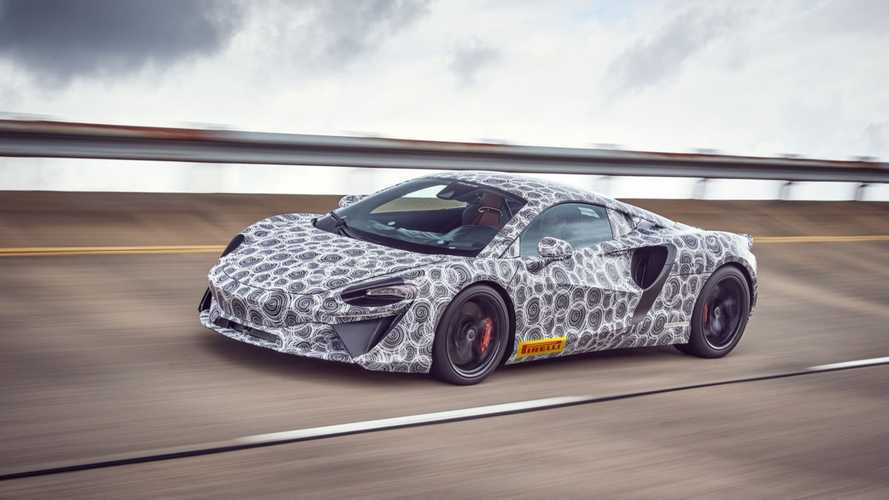 It’s called the HPH (High-Performance Hybrid) and it will have an all-electric range of 20 miles.

McLaren’s only electrified offerings have so far been top of the range models such as the P1 and the Speedtail. However, taking a page out of Ferrari’s book, it will begin electrifying models lower down in the range and the first such model has just been confirmed for reveal in 2021.

Called the McLaren HPH (short for High-Performance Hybrid), this is an all-new plug-in hybrid model built on a new platform called McLaren Carbon Lightweight Architecture (MCLA). This platform is said to make the car especially exciting to drive, even if it will no longer be powered by McLaren’s twin-turbo V8.

That engine will be replaced by a new V6 which for the HPH will be aided by electric motors. It won’t be an all-wheel drive car, though - all the combined power from both the engine and motors will be fed only to the rear wheels.

In regards to the vehicle’s pure electric range, McLaren says it will be around 20 miles (32 km). We don’t know what size battery pack will enable it, but it will certainly be bigger than the P1’s 4.7 kWh pack which allowed that car to travel for up to 6.8 miles (11 km) on electricity alone.

We don’t know when exactly the model will be shown in 2021, but it’s certainly an important milestone for the company. With its introduction, McLaren will also stop using the Sports Series designation for its models, although we imagine the manufacturer will find new ways to group the cars it builds into various categories. The 570S will be taken out of production by year's end, thus leaving the GT4-inspired 620R as the last model in the series.