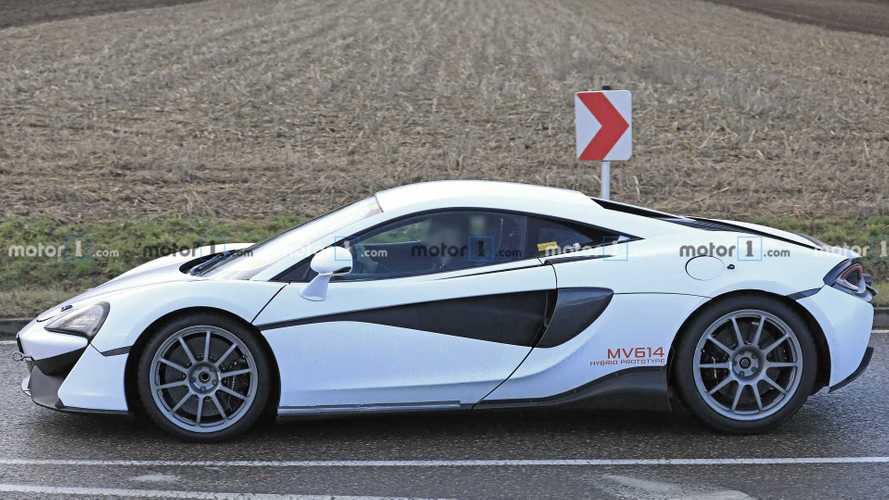 It will be a more attainable plug-in McLaren with a V6 engine and 20-mile electric range.

McLaren is no stranger to making plug-in hybrid models, because its last halo model, the P1, used just such a configuration to great effect. However, the P1 of which only 375 were ever made at $1.35-million a pop (their price has since gone through the roof), was only reserved for one percenters and on top of this they were also a bit too hardcore for daily use.

Now McLaren is reportedly readying a far more attainable and usable PHEV model which is due to be revealed later this year (possibly during the summer). Autocar reports that this new model, which will be part of the manufacturer’s Sport Series (that includes its ‘entry level’ offerings, the 540C and 570S), will be motivated by a V6 engine.

It will be the first McLaren with a V6 mill; all current models run 3.8- and 4-liter twin-turbo V8s. But this new V6 will gain additional oomph courtesy of an electric motor drawing juice from a lithium-ion battery pack. According to the source, this will give the plug-in McLaren a pure-electric WLTP range of 20 miles (32 km); this is a lot more than what the P1 could muster and it had a 4.7 kWh battery.

‘Hybridization could play a key role in the journey [to net zero emissions], and I believe that a longer transition period of running hybrids and full EVs alongside each other could be part of the answer. We’ve invested in this technology with the goal of paying back that investment over a number of years. We believe it will meet customer requirements sooner than full EV. To set a deadline for its end before we have launched it is detrimental to the perception of the steps forward we’ve made, and it both stalls the demand and potentially causes people to hold on to or buy older, more polluting cars.’

This new attainable McLaren PHEV is part of the manufacturer’s $1.5-billion plan to launch 18 new cars or variants between 2018 and 2025. Furthermore, since the U.K. will ban the sale of all internal combustion-engined cars (hybrids included) in 2035, all local manufacturers need to take steps to be ready with pure-electric models by that time.