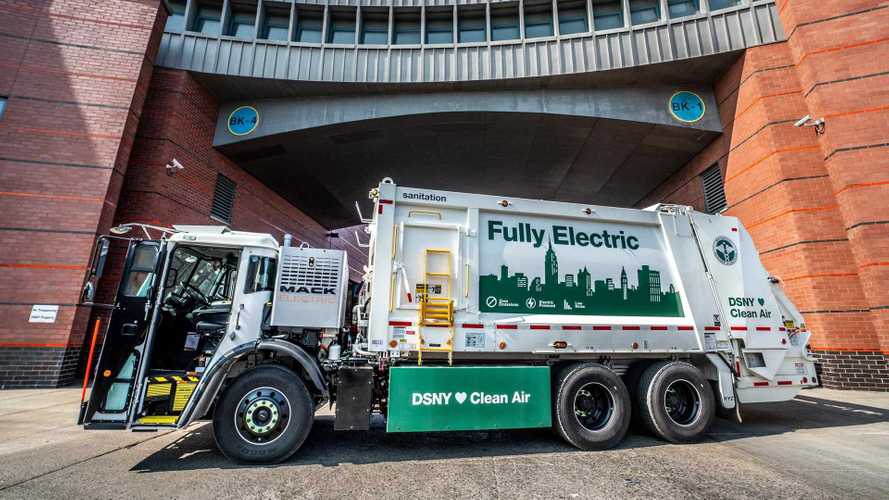 First demo is underway. Huge orders depend on it.

It's not yet a production model (production to start in 2021), but rigorous, real-world trials to demonstrate the capabilities of the EV version.

"DSNY will base the Mack LR Electric demonstration model at its Brooklyn North 1 garage and conduct an in-service trial on local collection routes, evaluating operating range, payload capacity, regenerative braking and overall functionality of the electric refuse vehicle in their operations."

A lot depends on the results, as the DSNY operates more than 6,000 vehicles and most of them are from Mack Trucks. Potentially successful tests might translate into a major purchase order.

The DSNY's goal is to reduce GHG emissions by 80 percent by the year 2035 and we bet that the majority of this will fall on electrification of the fleet.

Mercedes-Benz eActros LongHaul To Be Ready In 2024
⠀

Mack Trucks is not the only company that tries to electrify refuse trucks. BYD already has a lot of experience with those types of vehicles (see its latest Class-8 rear loader refuse truck), including in the U.S. while Nikola announced an order for at least 2,500 battery-electric refuse trucks for Republic Services.

We are sure that there are more manufacturers, seriously interested in the segment as well.