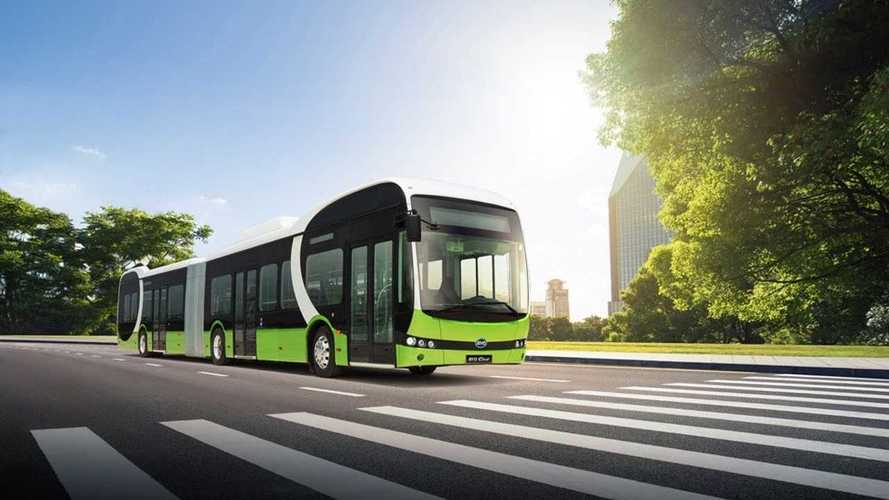 First sale in Finland and right away its for three-digits.

BYD has announced a huge success in Finland, where it won the country's largest order for electric buses, a total of 106 vehicles.

The order was placed by BYD's recurring Scandinavian customer - Nobina - which purchased:

In the case of Turku, on Finland’s south-west coast, Nobina ordered - as the first in Europe - the all-new BYD 15-meter low-floor model with a capacity of 47+3 seats and a range of 400 km (250 miles) in SORT2 test cycle.

Helsinki, on the other hand, will get 20 copies of the BYD 12-meter low-floor model and 44 BYD 18-meter articulated models. Deliveries in both cities are scheduled for 2021.

According to BYD, the company sold in 20 cities in Scandinavia over 400 electric buses (either delivered or on order).

"BYD’s appearance for the first time in Finland follows soon after breaking into the German market with 22 eBuses for two leading PTOs in North Rhine-Westphalia, and also BYD’s first fleet delivery in Hungary at the end of July – ten low-floor 12-metre models to the city of Pécs. Today, BYD eBuses can be found in all corners of continental Europe; from the hot, arid climate of the Iberian Peninsula to the freezing conditions of northern Sweden – including Nobina’s operations in the town of Piteå near the arctic circle at latitude 65.31º north, where, from 2021, BYD eBuses will be in service at their most northerly location ever in Europe."