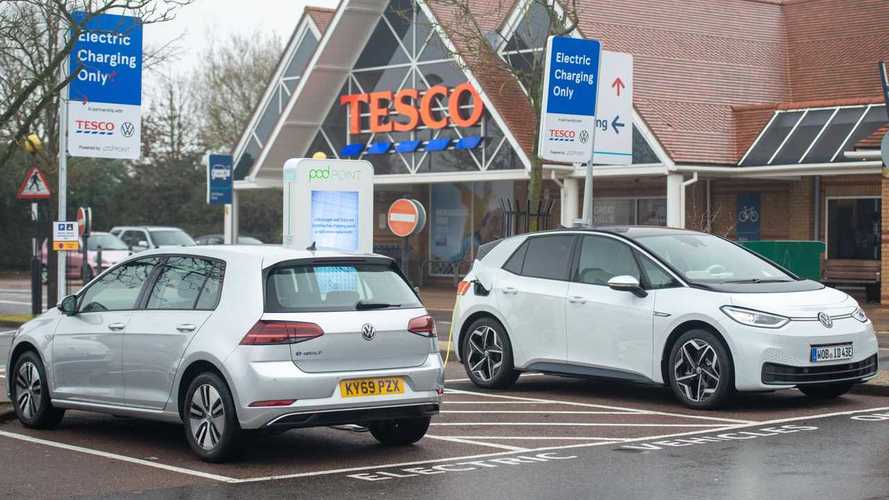 The government has announced more than £20 million of funding for schemes designed to increase the uptake of electric cars. Around £12 million will be spent on research projects into battery technology, while the government is also plotting other incentives, such as special parking spaces and dedicated electric vehicle (EV) car sales websites.

The decisions come as a result of a report commissioned by the Office for Low-Emission Vehicles (OLEV), which looked into the effectiveness of various policy ideas. Schemes including a scrappage scheme, tax breaks and changes to the government’s Plug-In Car Grant (PICG) were all evaluated.

Armed with that data, Transport Secretary Grant Shapps has confirmed the government will invest in battery development programmes, including one project that aims to develop a battery capable of charging in just six minutes. The government says it will support a “series of competitions”, through which researchers can pitch for a share of the money.

That investment stands alongside a £9.3 million scheme offering businesses a try-before-you-buy system for electric vehicles. Led by Highways England, the government-run organisation in charge of the nation’s motorways and major A-roads, the initiative will see local authorities encourage businesses to switch diesel vans for electric models.

At the same time, the government is also considering other ideas thrown up by the report, including charge points installed at “popular destinations” such as supermarkets and tourist sites, and dedicated EV parking spaces, which could be painted green. The Department for Transport (DfT) is also planning to look at “consistent and clear” public signage for drivers, hoping to reduce confusion and increase awareness of EV technology.

Furthermore, the DfT says it has worked closely with online car marketplace Auto Trader, to develop a dedicated EV section on the company’s website. This, the DfT claims, will help potential EV purchasers with their decision, and it expects a surge in similar sites.

“Whether you’re taking a trip with the family or commuting to work, with the wide range of models at competitive prices, it is now more cost-effective and convenient than ever to drive and charge an electric vehicle,” said Transport Secretary Grant Shapps. “This, together with our continued support for R&D, will see talented UK-based SMEs flourish, as well as more than 6,000 skilled jobs created up and down the country. I’m delighted to announce our unwavering support for a cleaner, greener transport future."

“We’re pleased to be working with councils across the country to encourage businesses to make the switch to electric,” he said, “and we expect many more to start using electric vehicles when they see the savings possible. This is just one example of how we are using dedicated funding to benefit the environment and communities alongside our roads as well as the people travelling and working on them.”

“Range anxiety, charging infrastructure and costs remain the primary barriers to adoption of electric vehicles,” he said. “Therefore, in a bid to help consumers and alleviate some of their concerns, we relaunched our electric vehicle hub with new editorial content and improved search functionality.

“The hub features specialist content and car reviews to help educate consumers and arm them with what they need to know about zero-emission cars, as well as helping to alleviate any concerns they might have. This, combined with improved search filters on Auto Trader for things like battery range and charging time, and displaying key information such as battery range more prominently on vehicle adverts on the marketplace, helps to make buying an electric vehicle easier.”