This summer was hot in France as the generous "anti-COVID-19" stimulus package resulted in significantly higher plug-in car sales. The data for July-August shows that the plug-in market share was close to 10%.

Renault ZOE once again, without any surprise, was the top selling model with 5,452 new registrations, more than twice the second-best Peugeot e-208 (1,962).

The Tesla Model 3 did not make any splash during the summer, and actually it noted a 27% decrease year-over-year. Will September bring change? 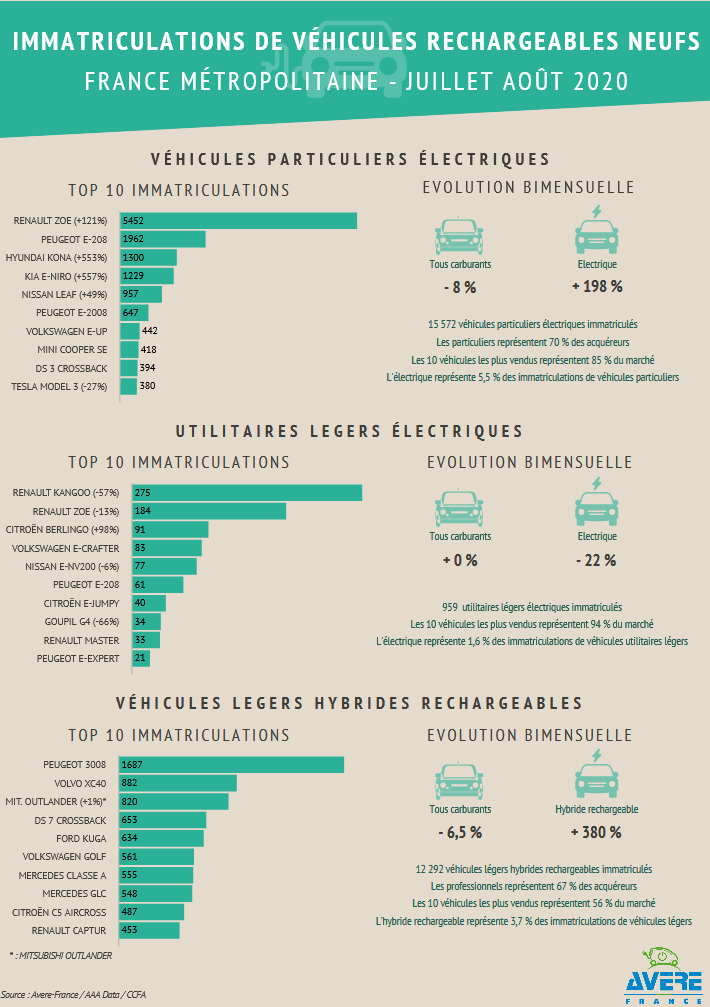