If you're really into cutting-edge tech, a Tesla may be just what you're looking for.

Posted on EVANNEX on September 09, 2020 by Denis Gurskiy

When most people think of Tesla, they think about electric cars. But there's far more to owning a Tesla than simply plugging in. Tesla is all about technology. This fact is front-and-center in any Tesla. Goodbye buttons, hello giant iPad! For those tech-savvy, gadget-loving folks out there, a Tesla can really deliver the goods.

Above: The centerpiece of every Tesla is an iPad-like touchscreen that handles the lion's share of in-car functionality (Image: EVBite via Tesla)

How? Clever features make the experience of Tesla ownership compute — at least in my mind. It's not all good though. I still think a simple stalk on the side of my Model 3 steering wheel would be easier than turning on the windshield wipers via that big ol' touchscreen. But I digress. 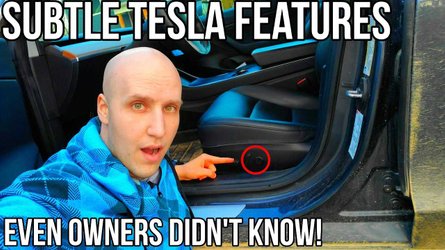 Tesla Owners, Are There Any Features In This Video You Didn't Know?
⠀ 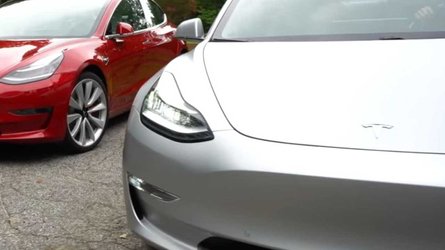 If you're a gearhead (like me), the dominant thing about owning a Tesla is the car's award-winning driving characteristics — the completely ludicrous performance. However, my inner geek, I admit, really digs the tech. So what features really stand out? Here's a list of my top 5 favorite tech-centric features in a Tesla...

Tesla's Autopilot features, like its adaptive cruise control and autosteer functionality, allow a more peaceful highway commute. Recent features such as traffic light and stop sign recognition have become even more exciting refinements which could allow Autopilot to hit city streets and (someday) become a major milestone in full self-driving. Sure, some of Autopilot's features like Tesla's summon functionality might be a bit gimmicky, but it's a glimpse into the future — plus its a cool party trick.

One look at Tesla's software updates, and it's evident that a lot of the updates aren’t simply bug fixes, but improvements to the car itself. Things like video games, video streaming, security features, and more have been added all for the enjoyment of Tesla drivers. Over-the-air updates can also result in performance boosts to various models in the lineup. Examples include a 5% performance boost to the Model 3 along with a ‘Cheetah Stance’ for the Model S/X for faster 0-60 runs.

Sentry Mode is an especially unique feature thanks to Tesla’s decision to use cameras placed all around their car originally designed for Autopilot. These cameras are repurposed for a useful secondary purpose. Thanks to the cameras flanking the front, rear, and sides of the car Tesla’s Sentry Mode will make any thief (or troublemaker) rethink their decision as they can be be caught on camera from multiple angles. It’s a security feature that gives a Tesla owner some peace of mind.

What other car allows you to play Fallout Shelter or Backgammon on the big screen? It may not be groundbreaking, but it does provide some serious fun you won’t find in other cars. The list of available games has been growing with full-fledged games like Cuphead and Stardew Valley in addition to classics like Chess and Asteroids. Probably the most talked-about game is Beach Buggy Racing 2 which allows you to control your virtual car with your Tesla steering wheel in real life. Ummm, this is all while the car is parked of course.

Video streaming services like Youtube, Netflix, and Twitch allows your Tesla to turn into the ultimate mobile man cave. With the car's 360° premium immersive audio standard in every Tesla, this in-car theater experience can crush your couch at home. And no more straining your eyes squinting at your phone, this is a theater-on-wheels complete with comfy seats.

Thanks to Tesla's in-car "viewing" screen, you can watch streaming video while your girlfriend says she'll be down “in five minutes” — ahhh yes, she's finally on her way. At last. Now it's time to impress her with the Tesla. This, of course, leads to the eternal question: Romance Mode or Fart Mode?