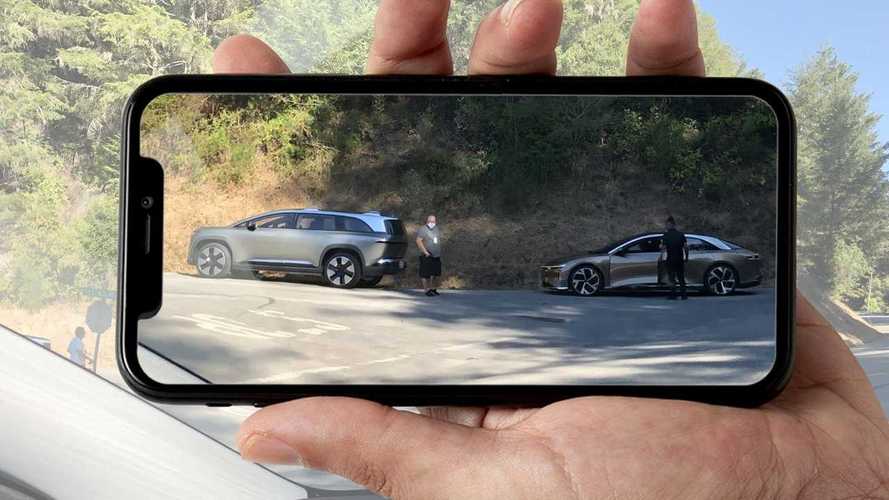 It was probably out for a photo session when Coast Redwoods seized the opportunity.

Seizing a beautiful day for a photo shooting session is something professional photographers enjoy the most. What they do not like is when they have something that is not supposed to be revealed, and amateur photographers see it, just like the Twitter user Coast Redwoods did. Thanks to him, we now know how Lucid’s SUV will be way before it is officially revealed on September 9.

Based on the same platform that will be used by the Air, this electric SUV would be “as efficient” as the sedan, according to Peter Rawlinson. That means it will probably be close to the 517 mi of range the 900V battery pack will provide for the sedan.

Coast Redwood’s pictures show an elegant vehicle, even if more robust than we would expect from an efficient car. The frontal area seems huge, and its lines are way more square than we would expect them to be. We even thought we were in front of a three-door concept, but the rear doors are just discreet.

Will Lucid Ever Build A Pickup Truck? CEO Does Not Discard Possibility
⠀

All we know about the pictures is that they were taken at Pescadero on August 15 and that the CHP (California Highway Patrol) had closed the road for the photoshoot. How Coast Redwoods managed to be on that road and take the pictures is something we will try to answer when he gets in touch. We have tried to contact him to present all his images here in this article.

While we wait, make sure you check his tweet and also the LucidOwners.com page where we first saw the images. Make sure as well to tell us what you think about the new electric SUV, scheduled to be on sale by 2023.