Too bad we already know it has 30,000 reservations so far.

There is stuff that is more than predictable: kids will lose their baby teeth, the sun will rise and set, companies will hide information that it does not want to disclose. We foresaw that when we first told our readers that it was possible to discover the Rivian reservation number. We later learned Skyler Williams found that method and realized Rivian had 30,000 reservations. As predicted, Rivian has closed the loophole that allowed that.

That was discovered on August 10 by the RivianForums.com user Co-Adventurer. The method for checking the registration number did not work, as it was the case for all other people that tried to follow it after Co-Adventurer’s warning.

Before that, we got in touch with Rivian to confirm the calculations made by Williams and John King. The company told us that the timetables of delivery were not right because “specific trim levels and option packages will be produced together.”

In other words, people that have reserved the electric pickup truck or the SUV now, for example, could receive them earlier than people that did that months before them. The numbers they have found out do not mean that’s their place in the line.

Although that does not imply an order, it may still mean that that was the amount of reservations made so far, with the corrections Williams applied. The numbers jumped in 1,000, 20,000, and 4,000. We asked that to Rivian and got no response. 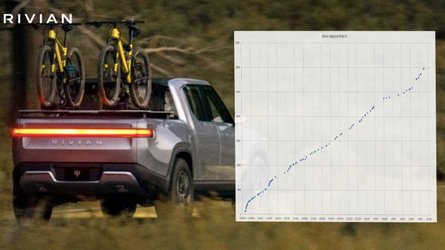 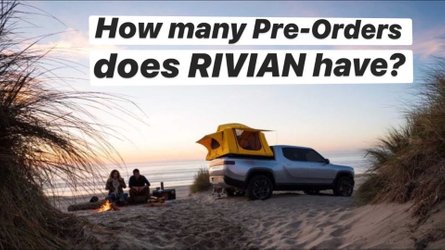 As we mentioned before, the company may be worried about the fact that the R1T did not have as many orders as the Tesla Cybertruck. Tesla and Rivian are currently suing themselves, and that could give the impression one of the sides already lost, which is a big mistake.

First of all, because the Rivian reservation fee, however fully refundable, is much higher. Secondly, because the Cybertruck is supposed to be much cheaper. That said, 30,000 reservations at $1,000 represent $30 million, which is quite a victory for a company that has not sold a single car to date. We hope Rivian changes that soon.