Which Electric Pickup Trucks Are Creating The Most Buzz In Each U.S. State?

It appears the Rivian R1T, Tesla Cybertruck, and Nikola Badger each have regional fans.

There is really no way to get scientific data related to the popularity of upcoming vehicles. Sure, if we had all the official reservation figures, that would help, but we don't. Instead, at this point, we have to count on surveys and social media data. It's not the best method, but it paints a neat picture for us.

Ryan Taylor shared a map with InsideEVs that was put together by auto site partcatalog.com. They used trend software that accesses geotagged Twitter data. They put together maps like this each month, but this month, the focus was on upcoming electric pickup trucks, such as the Tesla Cybertruck, Rivian R1T, Nikola Badger, Bollinger B2, and Lordstown Endurance. See our list of all of the upcoming electric pickup trucks for 2021 and beyond.

The map is based on the geotagged Twitter data from the month of July 2020. It tracked tweets and hashtags related to electric trucks in all 50 U.S. states, focusing on the models that were mentioned most often. Over 90,000 tweets were tracked to compile this data. 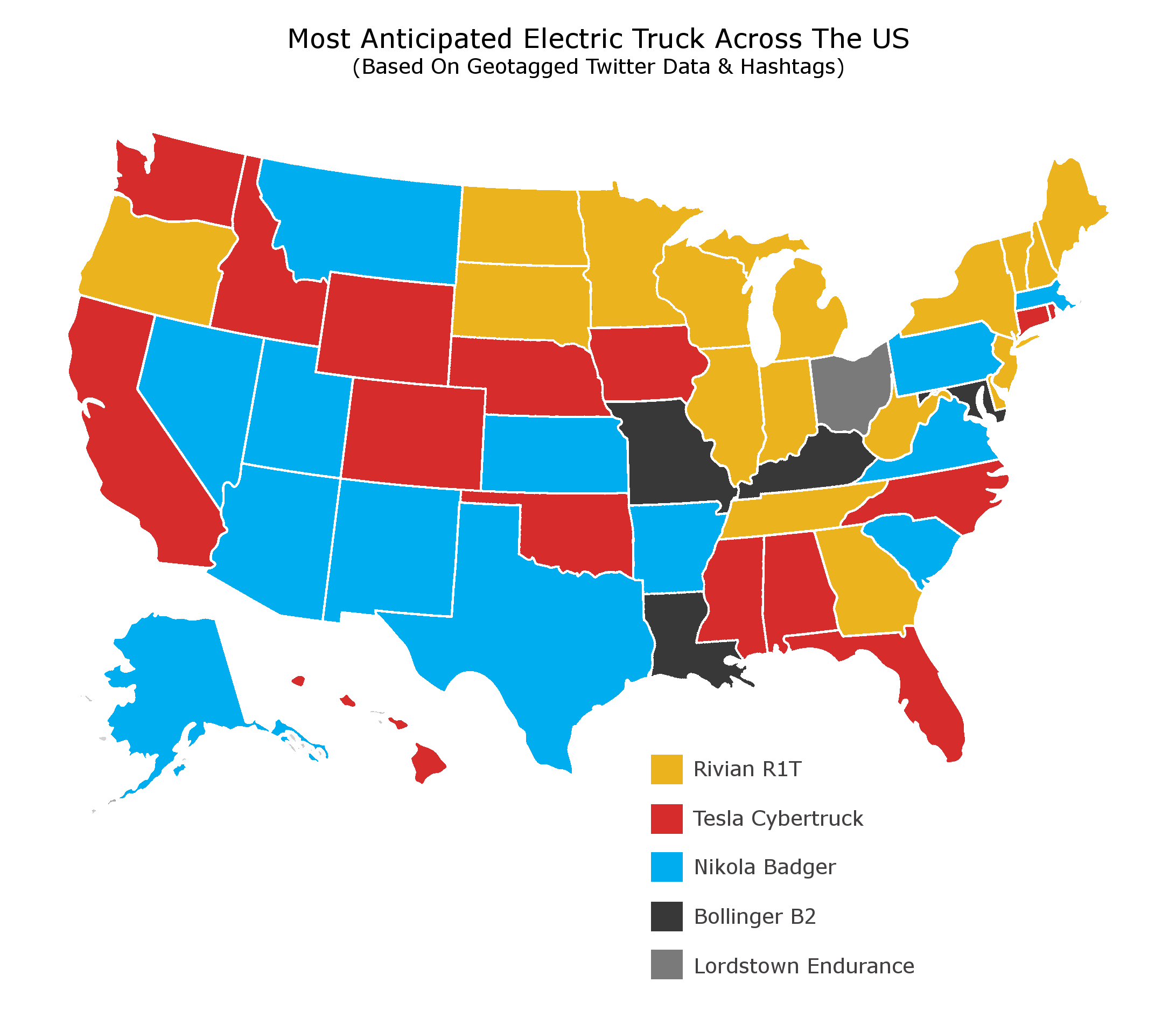 As you can see, the Rivian R1T, Tesla Cybertruck, and Nikola Badger dominate here. In fact, they each grab a similar number of states. The Bollinger B2 snags a few states and the Lordstown Endurance just gets one (Ohio, the state where its factory is located, which makes sense). Other upcoming electric trucks, including the GMC Hummer and Ford F-150 Electric, aren't shown since they didn't win any states.

The study points out that the Rivian R1T is leading in the upper midwest and northeast, while the Nikola Badger is most talked-about in the southwest. The Cybertruck's data is more widespread. However, the Rivian R1T wins more states.

The official state breakdown is as follows:

As always, let us know your thoughts on the data and your future projections by leaving a comment.