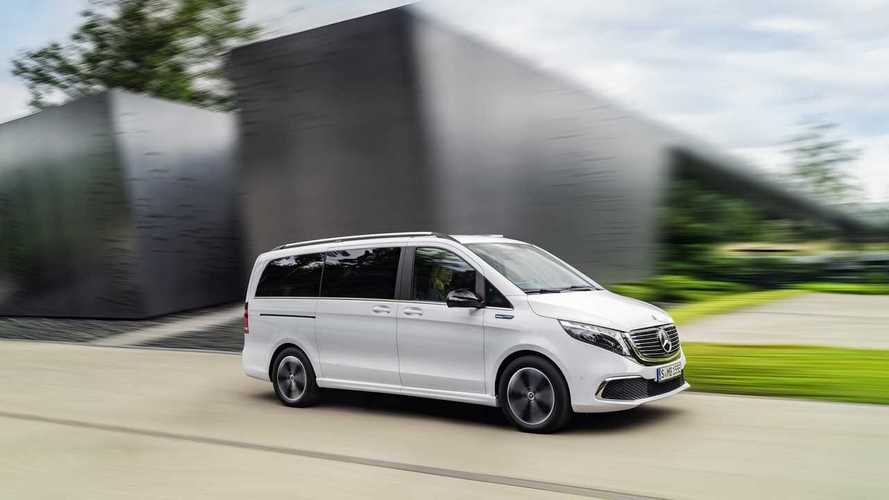 Mercedes-Benz's new EQV electric people carrier is now on sale with a starting price well in excess of £70,000. The seven-seat MPV has an official range of 213 miles, and can be charged from 10 to 80 percent in 45 minutes.

That range is provided courtesy of a 90 kWh lithium-ion battery pack, which powers the 201 bhp electric motor. The 45-minute charge to 80 percent can only be achieved using a rapid charger, though, and other, less powerful charge points will take longer. Once the battery is full, though, you’ll have up to 213 miles of zero-emission range, according to the official economy test.

To help with the task of topping up, the EQV comes with the Mercedes Me Charge feature, which can be found in the vehicle’s infotainment system. The scheme provides access to charging points all over Europe without the need for multiple accounts and cards. Mercedes Me Charge covers several charging networks, including the UK’s largest network, Polar.

Mercedes-Benz EQV Seen On The Streets Of Stuttgart

First revealed last year, the EQV is the second car in the Mercedes range to wear the company’s EQ branding, which is reserved for electrified vehicles. The other car is the EQC – a medium-sized luxury SUV with 259 miles of range from a full charge. The two cars share a neat, faired-in grille, smooth bodywork and sleek-looking headlights, as well as electric power.

Three different versions of the EQV are available, with the £70,665 asking price buying you the ‘basic’ EQV 300 Sport model. That version comes with 17-inch alloy wheels, LED headlights and Mercedes’ latest-generation MBUX infotainment system, complete with a clever satellite navigation system that can work out the fastest route while taking charging times into account. There’s a reversing camera, too, as well as electric sliding doors, driver assistance systems and an eight-metre charging cable.

If you have an extra £2,230 to spend, you can upgrade to the Sport Premium model, which gets some extra tech and styling features. Chief among these are the EQV Exterior Design Package and the Table Package, as well as the 360-degree manoeuvring camera and smartphone integration system.

Crowning the range, though, is the Sport Premium Plus model, which costs £77,145. That model adds 18-inch alloy wheels and Airmatic air suspension, plus a high-end Burmester surround sound system.

Customers can already place their orders for the EQV, but they will have to wait a while before their vehicle is delivered. Mercedes says it expects the first examples of the new MPV to arrive on these shores in the autumn.