Lexus Will Present The UX 300e At The Venice Film Festival – Why? 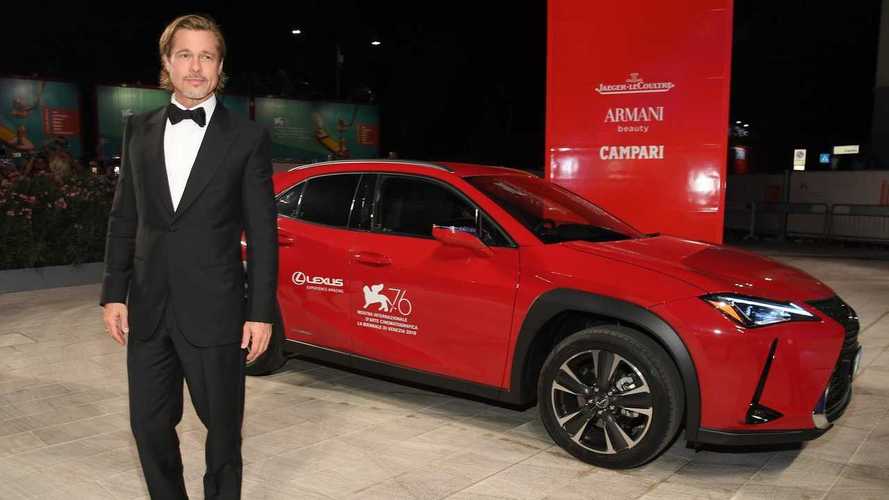 Sold only in China, the car can be seen with a German license plate. Any chances of European sales?

The Lexus UX 300e seemed like a compliance car for China. It uses an air-cooled battery pack – something Obrist already said that high C rate EVs do not live well with. It was supposed never to reach the US or Europe, but the Venice Film Festival proves Lexus has changed its mind about the latter. The UX 300e will be among the 36 cars Lexus will lend to transport movie stars there.

While Brad Pitt took the picture above last year, with the hybrid version of the UX, the UX 300e will probably have more appeal with actors and movie directors.

The company does not mention how many of these 36 vehicles will be UX 300e, but it will have a stand near the red carpet to be presented to European customers. The UX 300e is part of what the Japanese luxury brand calls "Lexus Electrified" vision.

That is not the first European presentation Lexus has scheduled for the UX 300e. In February, the company said it would show it at the ill-fated 2020 Geneva Motor Show. As you probably are aware, the COVID-19 pandemic messed up these plans.

Curiously, the UX 300e pictures from that early press release already showed German license plates on the vehicles, which implies it has already been homologated for the Old Continent. Selling it in Europe or not is a matter of Lexus deciding to do so. And there are many reasons why it would probably make sense.

The Chinese production capacity for the UX 300e is probably big enough for it to cope with China and Europe in terms of demand. Either that or the demand Lexus expected at the Chinese market is not as high as production capacity. If that is the case, exporting the EV is a must.

Europe also has very stringent demands regarding CO2 emissions. All manufacturers that do not respect it will have to pay a hefty fine. Although Lexus puts an effort at selling its hybrid vehicles, an electric car would probably make a lot of sense for the European market. And we have some evidence that it will indeed be sold there.

All that said, we wonder if American customers will not get a chance to buy the first electric Lexus. Regarding European buyers, it seems we only need the prices to say if the UX 300e is a good option for them. Oh, and we also need to know about the battery warranty. In China, Lexus ensures it will hold up well for 1 million km or ten years, whatever comes first. Will those terms also apply to Europe? With an air-cooled battery pack, we certainly hope so.