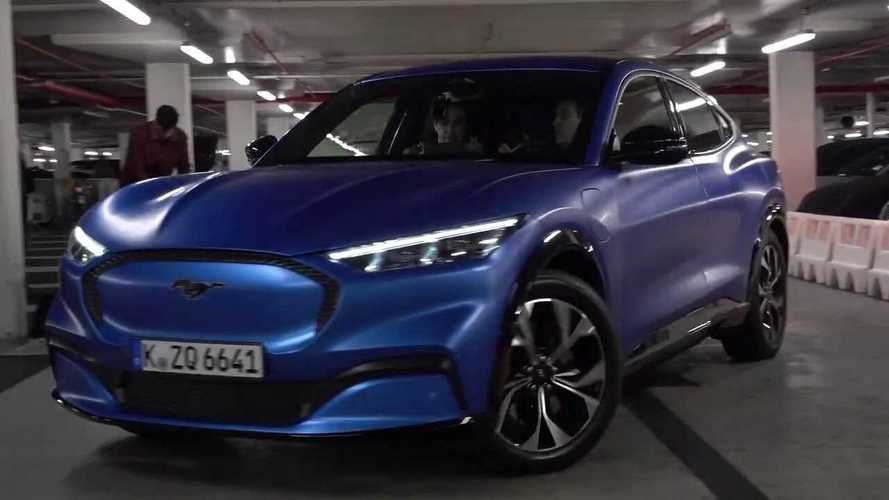 This gives us a solid idea at just how quick the upcoming Ford Mustang Mach-E will be.

Editor's Note: Unfortunately, the video was removed by the uploader. We are searching for other similar videos to share.

The 2021 Ford Mustang Mach-E is an all-electric performance-oriented crossover that's set to launch by the end of the year. However, the First Edition models will come ahead of other variants, so most owners can expect to take delivery of their Mach-E in early 2021. The order books are open now if you want to reserve a Mustang Mach-E.

Even though Ford won't be officially launching the Mustang Mach-E for several months, it has been very transparent about the car, its features, and its specs. In addition, there are multiple prototypes out on public roads in various parts of the world. So, it's not surprising to see footage of the Mustang Mach-E from time to time. However, we haven't seen anything quite like this yet.

Throttle Infinity was able to get exclusive footage of the Mustang Mach-E launching over and over London in a parking garage. We're not sure how this came to be, but it appears to be something that was planned, perhaps set up by Ford?

According to Ford, the Mustang Mach-E will start around $44,000. It will have an EPA-estimated range of about 300 miles. Ford is targeting a mid-3-second zero-to-60-mph time for the upcoming pony. The car will directly compete with the Model Y, Tesla's new $49,990 crossover. Other upcoming rivals include the Polestar 2 and Nissan Ariya.

Ford Mustang Mach-E To Gets Performance Boost Prior To Launch
⠀

Check out the brief video. Then, start a conversation in our comment section. Have you reserved a Mustang Mach-E? Do you plan to buy one?