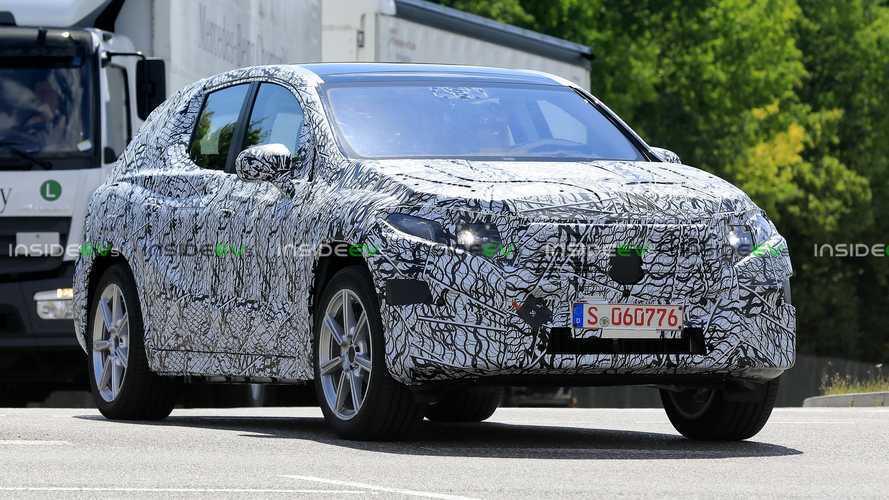 The first-gen EQC only just came out, but it seems Mercedes will replace it with a completely new model sooner than expected.

The current (and still very new) Mercedes-Benz EQC is the brand’s first series electric vehicle. It only just came out and even though it’s based on the same platform as the gas- or diesel-burning GLC, Mercedes did a surprisingly good job turning it into a decently competent and usable EV.

And yet it looks like it won’t be with us for long because the manufacturer is already testing what appears to be the next generation of the model. We’ll have to wait and see if the EQC name will be kept (it most likely will), but the vehicle you see in these spy photos under camouflage is the current EQC’s replacement.

The current EQC is a great luxury car, but only an average EV

It’s immediately obvious that it’s a different car, based purely on its proportions. The current EQC has the same hood-to-greenhouse ratio as the GLC and it looks very conventional from this standpoint. This prototype, however, is quite different - its wheelbase is longer in relation to the rest of the body, the there is more greenhouse and the hood is a bit shorter.

In fact, it doesn’t even look like what we’ve come to understand as an SUV - it has more of a traditional people carrier shape, especially from the side. Our spies tell us that Mercedes will launch a family of EQC models, to cater for different needs, citing an unnamed insider source.

We don’t know what that entails, but one of the models will be a kind of more compact (and all-electric) successor to the odd R-Class model - they may even be referring to the very vehicle in this set of spy photos. More will be revealed over time, though, as this new EQC (and possible derivatives) will reportedly go on sale in 2022 - could this be Mercedes’ way of admitting it sees the current EQC as a flop, a model only created to ensure market presence?