The big, breakthrough year for electric cars will be 2020. The list of coming is EVs is incredible. 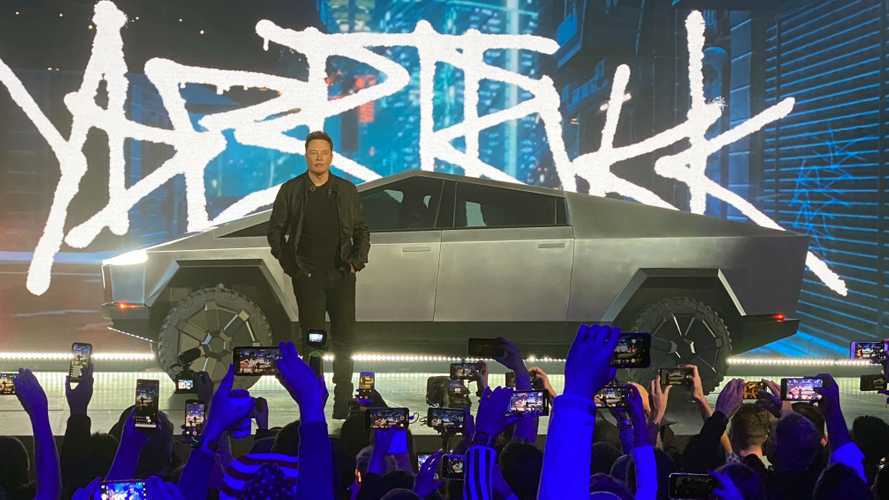 Tesla’s much anticipated small crossover will likely be revealed in spring 2019. That’s when the race for advanced reservations of the Tesla Model Y begins. Full production is expected in 2020.

The Model Y is essentially the small SUV version of the groundbreaking Model 3. Expect similar specs such as a choice of battery packs providing between about 240 and 310 miles. The first models will be the more expensive long-range versions that could be priced around $60,000 – with the mid- and short-range Y eventually selling in the $40,000s. Tesla has so far only released a single teaser image so the design and seating configuration won’t be known until the unveiling around March 2019.

The all-electric Volkswagen ID.3  five-door hatchback will arrive in early 2020. Volkswagen is not yet confirming specs and details (including the final name of the car) but it’s expected to offer the exterior dimensions of a Golf – and the interior space of a Passat.  There will be three battery pack sizes offering between about 180 and 250 miles. An all-wheel-drive variant will also reportedly be available.

Start-up Rivian Automotive stole headlines at the 2018 L.A. Auto Show when it revealed its all-electric R1T outdoor adventure truck. The specs are off the charts. The R1T uses four 174-horsepower motors, one at each wheel, for a total output of nearly 800 ponies.

The first R1T version going into production in 2020 will provide 400 miles of range via a gargantuan 180 kilowatt-hour battery pack. Subsequent versions will offer 230 and 300 miles. The playful Rivian R1T offers unique storage compartments including a side-to-side storage tunnel behind the back seats. Price for the shortest-range 230 version is set at $62,000.

The BMW iX3 electric crossover was unveiled in concept form at the 2018 Beijing Motor Show. It’s one of a dozen new all-electric vehicles expected from the German automaker in the next five or so years. The iX3 is equipped with a 70-kWh battery pack providing about 220 miles of range on a single charge. A single electric motor produces 270 horsepower.

The iX3 looks much like the conventional X3 SUV. Modifications include a closed version of BMW’s iconic kidney grille and blue design accents found in other i-branded electric vehicles. The iX3 will be manufactured in China for global distribution.

Byton is a well-funded Chinese EV startup loaded with former BMW executives. The company plans US sales of the all-electric M-Byte SUV, its first vehicle, by fall 2020. The rear-wheel-drive SUV measures about the size of a BMW X5. It could be priced as low as $45,000 for the 250-mile, 250-horsepower version.

There’s no pricing info yet for a second 95-kWh version of the M-Byte – or a twin-motor four-wheel-drive variant making 470 horsepower. Byton’s vehicles are super high-tech with robust self-driving capabilities and a massive four-foot curved screen encompassing the entire dashboard

The 2020 Mercedes-Benz EQC is an all-electric, all-wheel-drive small SUV similar in size to the brand’s GLC compact crossover. Two 201-horspower motors – one on each axle – produces a 402-hp wallop. An 80 kilowatt-hour battery pack should provide between about 220 miles of range. Regen levels can be controlled via steering-wheel paddles.

Compared to the GLC, the Mercedes EQC has more rounded edges. The grille and headlamps are combined in a single black panel. The interior features two 10.3-inch displays and air vents with gold-tinted trim. Expect all the creature comforts of a Mercedes SUV and a price starting around $80,000. Production begins in 2019 with the first sales in early 2020.

Polestar is the new dedicated EV brand from Volvo (which is owned by China’s Geely). In 2019, the company will sell a limited number of the $155,000 Polestar 1 plug-in hybrid supercar. But Polestar will make a bigger splash in 2020. That’s when the Polestar 2, a 300-mile all-electric five-passenger fastback will go on sale.

Hints from Polestar executives suggest a price of between $40,000 and $65,000 for the 400-horsepower EV. Annual production will target 50,000 units. Sales of the Polestar 2 will start on the west coast. Test drives will be provided via retail galleries in upscale shopping centers.

Volvo’s Polestar brand is dedicated to original models designed from the ground up as electric vehicles. Meanwhile, in the next few years all existing Volvo-badged vehicles will be offered with all-electric and plug-in hybrid options. That process is underway with plug-in hybrid versions of the XC60, XC90, and S90 already in showrooms.

In 2020, the first pure electric Volvo will arrive in the form of a battery-powered XC40 small crossover. Volvo executives hinted that the XC40 will offer about 250 miles of range – and come with a price tag below $50,000.

Ford is promising a 300-mile all-electric crossover SUV by 2020. The styling is said to be inspired by the Mustang, Ford’s iconic pony car. The five-seat crossover EV should be about the size of the Ford Edge – but with a sleeker, sportier design. The EV is expected to offer wireless home charging and over-the-air software updates.

Few other details are known except that the all-electric SUV will be the signature vehicle among Ford’s upcoming crop of 16 pure electric cars expected as soon as 2022.

Honda’s adorable Urban EV will go on sale in Europe in early 2020. It’s uncertain if Honda will sell the Urban here where it would become the smallest car sold in the US by the Japanese automaker. Americans show little interest these days in subcompacts.

If the retro-styled, four-door Urban makes it to our shores, it would be unique in the EV market – a new, small battery-powered commuter among a wave of electric crossovers and sedans. The Urban EV is expected to offer about 150 miles of range on a single charge.

The I.D. Crozz will use the same platform as the I.D. Neo but will offer as much interior space as Volkswagen’s Tiguan compact SUV. Compared to the Tiguan, the Crozz’s sloping roof, high hip-line, and raked tailgate feel sportier. In concept form, the Crozz uses a 83 kilowatt-hour battery pack, which should grant about 220 miles of range.

The vehicle is equipped with a dual-motor powertrain, placing a 100-horsepower electric motor up front and a 200-hp mill on the back axle. The combined 300-hp powertrain is good for a top speed of 112 miles per hour. A fun, retro microbus version, called I.D. Buzz, is expected to follow in 2022.

Volkswagen’s MEB electric platform undergirds the I.D. Neo and I.D. Buzz. Audi will borrow the same platform for use in its own small SUV. It will become the third e-tron model – following the 2019 e-tron SUV and sportback variants. (The sporty e-tron GT sedan is due in 2021.)

Think of this yet-unnamed model as an affordable, high-volume baby e-tron. Fingers crossed that its range will exceed its big brother’s 220 or so miles on a single charge from a 95-kWh pack. We will get our first look at it in 2019. The market introduction will occur in 2020.

Aston Martin will build 155 examples of its outrageous 602-horsepower all-electric Rapide E four-door sports sedan. The first units are expected to roll out of the company’s plant in Wales just as 2020 arrives. Two electric motors and a 65 kilowatt-hour battery pack will replace the conventional Rapide’s 6-liter V12 powerplant. Powered by electrons, the RapidE is expected to hit 60 miles per hour in less than four seconds. Torque will be rated at 700 pound-feet. Driving range should be about 200 miles.

Sorry but all 155 units are already pre-sold. But if all goes well, Aston-Martin says the company will make more electric cars.

Henrik Fisker, the former Aston-Martin designer, made a splash when he unveiled his all-electric eMotion supercar in Las Vegas in early 2018. Its 775-horsepower powertrain provides acceleration to 60-mph in less than three seconds. The eMotion uses a honking 140 kilowatt-hour battery pack to promise more than 400 miles of range. The eMotion features four butterfly doors, more rear legroom than a BMW 7-Series, and robust levels of automation.

The first eMotion units are expected sometime in 2020. Since its unveiling, Fisker has been quiet about the supercar – instead, he's talking up next-generation solid-state batteries and his self-driving Orbit shuttle concept.

The tipping point is coming soon.

As 2019 got underway, there were more than 40 plug-in electric cars for sale in the United States. Ten more are expected to get introduced this year.

But we ain’t seen nothing yet. The 14 new electric cars expected in 2020 promise an unprecedented level of compelling designs, long-range, and attractive prices.

Click through the images in the slideshow above to see the best crop of new EVs so far.

2021 Electric Vehicles: The Future Generation of EVs
Photo by: Bradley Berman
++
Comment!
Got a tip for us? Email: tips@insideevs.com