This is one amped-up pony.

Ford today introduced the Mustang Mach-E 1400, a one-of-a-kind prototype that was developed in collaboration with RTR Vehicles. We posted an article earlier today which includes all of the technical information that Ford put out in the press release.

However, we were so excited about this monster Mach-E that we reached out to Ford for more information, and they were kind enough to give us some one-on-one time with Ford's Global Director of Motorsports, Mark Rushbrook. 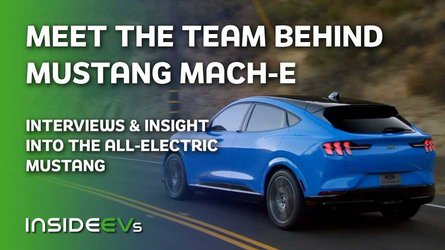 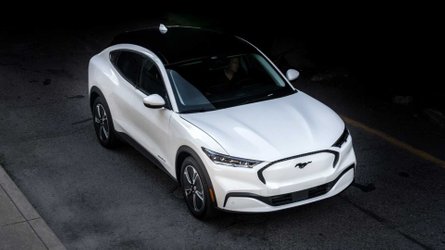 Ford Mustang Mach-E To Gets Performance Boost Prior To Launch

We asked Rushbrook why did Ford think it was important to make the Mustang Mach-E 1400, especially since they already made the one-of-a-kind Mustang Cobra Jet 1400, another all-electric Mustang with the same 1,400 horsepower. He explained that these are two very different prototypes, designed with separate goals in mind. The Cobra Jet 1400 is made exclusively for the drag strip, while the Mach-E 1400 is an "all-around performer" that's ready for the track, the drag strip, or a gymkhana course.

"When you push things to the extreme like this, you learn so much, and we can bring that back inside our company and help make our road cars even better" - Mark Rushbrook, Ford's Global Director of Motorsports

Rushbrook further explained that there are a couple of reasons why Ford believes it's important to make vehicles like this - other than the fact that they are really cool. First, the Mustang Mach-E 1400 is here to show the world the capability of the Mach-E platform and what's possible with electric propulsion. Secondly, it's important for innovation and technology transfer. These kinds of extreme projects really guide future engineering, especially with regard to the top performance models.

The Mach-E 1400 has seven motors; three powering the front axle and four driving the rear wheels. They are stacked on top of each other like pancakes, Ford explains. We asked Rushbrook how the team decided on seven motors. Why not six or eight - why was seven the magic number? He said in the early stages of development, the team set performance targets for the car and they then experimented with different configurations until they hit those targets. During that time they experimented by adding and subtracting motors as well as battery cells, to achieve the desired performance, balance, and weight.

We can keep the car going all day long with people cycling through it.

Rushbrook also explained that a lot of time was spent making sure the vehicle can perform consistently without any overheating issues. He told us the vehicle can be run on a track all day long as long as it's recharged, which takes less than an hour to go from 0 to 80% charged. Its cooling system uses a dielectric coolant and was designed to also work while the car charges. Airflow management was also a challenge because they needed to factor in the cooling and aerodynamics, but also to create the tremendous 2,300 lb downforce the team wanted to achieve.

Rushbrook further explained that engineering the cooling system for this extreme use case was a big part of the learning opportunity they had. Lessons learned with the battery management system in the Mach-E 1400 can transfer over to future Ford electric vehicles, aiding their ability to perform at high levels for longer periods of time and also recharge faster.

We also learned quite a bit more than the press release offered about the battery used in the Mustang Mach-E 1400. Rushbrook first told us the Mach-E 1400 uses different cells for the 56.8 kWh battery pack than the pouch cells made by LG Chem used in the production Mach-E. Rushbrook wasn't prepared to offer us the name of the supplier but did say they were nickel manganese cobalt (NMC) chemistry.

He also revealed that similar to the Porsche Taycan, the Mustang Mach-E 1400 used an 800-volt battery system, which will offer a more efficient power transfer to the electric motor and faster recharging. Ford needs to be able to recharge the vehicle quickly because Rushbrook told us the goal is to be able to race the vehicle all day at events, needing only to stop about once for every hour of heavy use to recharge. With the Mach-E 1400, it's not how many miles per kWh you can get, it's how many kWh it consumes per mile.

Gallery: Ford Shows How Fun EVs Can Be With The Mustang Mach-E 1400

Yeah, but what's the driving range?

We know the Mustang Mach-E 1400 engineers weren't shooting for long-range as most production EVs are. Still, we threw that question at Rushbrook and got the answer we kind of expected. It all depends on what kind of racing the vehicle is doing. As mentioned, unlike the Cobra 1400 that is strictly designed for the drag strip, the Mach-E 1400 can participate in a number of different kinds of racing events, so the range will vary depending on the use. However, the goal was to be able to run the vehicle hard for about an hour between recharging, and that's what Rushbrook says they plan to do.

We can't stress enough how glad we are to see vehicles like the Cobra 1400 and the Mach-E 1400 from Ford. Merging Ford's rich racing history with electric propulsion further proves that the transition to EVs doesn't have to be boring. While many electric vehicle enthusiasts already know that, many more don't. There's a lot of people that believe that EVs are soulless rolling toasters and just aren't fun to drive. The Mustang Mach-E 1400 is one of the fastest Mustangs ever made, and if driving that doesn't look fun to you, then I'm afraid you just don't know what fun is.