The Tesla Model Y driver is lucky the electric crossover didn't roll over.

Let's imagine, you just took delivery of your brand-new Tesla Model Y. It's time to go out on a leisurely and scenic drive by the ocean. No one's in a hurry or clogging up the roads today anyway, right? We're in the midst of a global pandemic. Well, think again. It seems drivers have been even worse during these uncertain times.

As you'll see in the video above posted by non.__perfectionn on YouTube, this Model Y narrowly escapes being struck hard in the front end. Had the Tesla driver not reacted quickly (or perhaps the car's safety systems also assisted) a terrible head-on crash could have been the result. 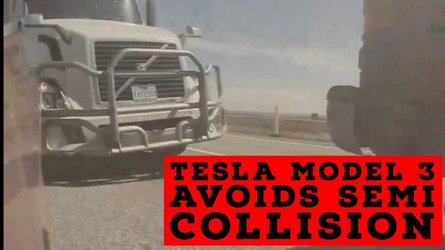 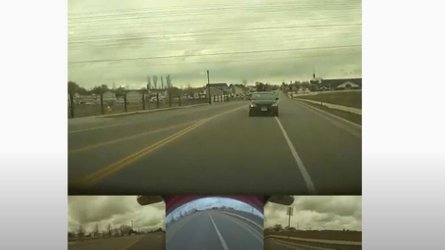 Everybody knows you don't cross the solid lane line and pass on a two-lane highway, driving into oncoming traffic head-on as you proceed around a curve. Well, everyone may not know, though they should. It's much more likely, however, that some people just don't care. Not about the safety of themselves or others. Sound familiar?

Interestingly, in this case, it appears the solid line that tells a person not to pass had just ended. As you can see toward the end of the video, the solid no-passing line is seen prior to the curve. However, at the end of the curve, as it begins to straighten, the oncoming cars get a broken line while the cars heading the direction of the Model Y can't yet pass. So the oncoming car that almost hits the Model Y was probably legally ok to pass, but it's a very bad idea to do so around a curve like that.

At any rate, we don't know if the Model Y driver avoided the crash on their own or the car's advanced driver-assist systems kicked in as well. What we do know is that paying attention, remaining in control of the car at all times will save your life in situations like this. We also know that agile vehicles with at least respectable acceleration and a low center of gravity sure help. SUVs are prone to rolling over if you make a quick move like this. Thankfully, it appears no one was hurt.