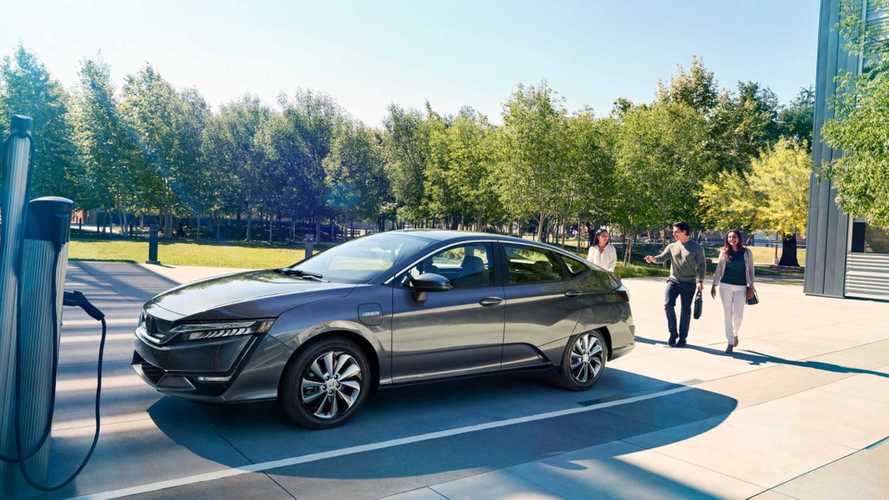 The current number of plug-in hybrid models in the U.S. is growing quickly (Europe has even more of them), but most of them may have insufficient all-electric range or too high of a price tag, because of their premium nature, high performance or other features.

Today, we will take a look at the top mainstream models, selected through two criteria:

As you can see, we found 11 such models. Besides two, all of the rest are front-wheel drive.

The top in terms of EV range is the Honda Clarity Plug-In Hybrid (shown above): 47 miles (75.6 km). The Japanese model seems to be the closest replacement to the retired Chevrolet Volt. And the price is not prohibitive.

Then we have two all-new models: Ford Escape PHEV (in Europe Ford Kuga PHEV) and Toyota RAV4 Prime. The RAV4 Prime offers AWD and fairly decent range and could be one of the most successful PHEVs on the market, but the supply is unfortunately strictly constrained.

The Ford Escape PHEV also seems like a decent choice, especially for the price.

Then we have the Chrysler Pacifica Hybrid, the only plug-in hybrid minivan and a very efficient Hyundai IONIQ Plug-In, which get 29 miles (46.7 km) of EV range from just an 8.9 kWh battery.

And now we ask you what you think is the best plug-in hybrid model currently available in the U.S. Feel free to leave a comment.