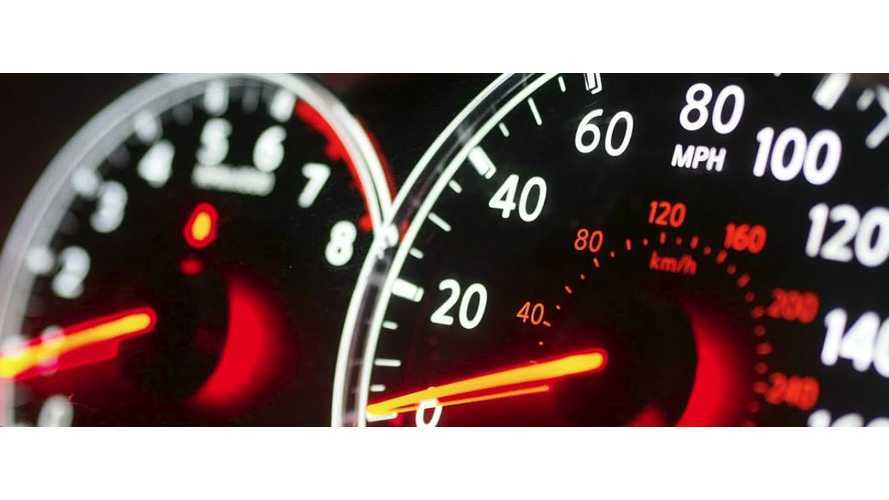 Here we present quick (0 to 60 MPH) plug-in electric cars that are priced at or below the average new car selling price, which is $35,444, according to the latest Kelley Blue Book data.

That $35,444 ceiling is very restrictive when it comes to the current crop of plug-ins sold in the U.S., so to make the list a bit broader, we're looking at EVs with an after-tax-credit price that's below the average new car selling price threshold.

Let's take a look at the 8 quickest (based on automaker published and/or documented test results) plug-in electric cars for under $35,444 (after tax credit, which varies based on battery kWh - see actual tax credits for each vehicle here).

The Fusion Energi hits 60 MPH from a standstill in 8 seconds, according to outside testing. At $31,400 plus destination, or $28,268 after the tax credit, the Fusion Energi is a solid deal.

The new Nissan LEAF improves acceleration over the last generation and now, according to outside tests and estimates, goes from 0 to 60 MPH in 8.0 seconds. Priced from $29,990 plus destination, or a steal at $23,375 after the tax credit, the new LEAF is an excellent choice. We bumped it ahead of the Fusion Energi simply because it's cheaper, despite the identical 0 to 60 MPH times.

And the winner is...with its 0 to 60 time of just 6.5 seconds, the Bolt captures the crown in this affordable, yet quick comparo. Price from $36,620 plus destination, or $29,995 after the tax credit, there's no competition for the Bolt in this comparo. Oh, it goes 238 miles per charge, too.

Though not yet available, this version of the Model 3 would meet our price criteria (provided Tesla sticks true to its promised price) and it's expected to go from 0 to 60 MPH in 5.5 seconds, but you can't buy it, so it doesn't make our cut.

0 to 60 MPH times are but one parameter for measuring performance. In the real world, 0 to 30 MPH might matter more.

Or maybe, off-the-line quickness doesn't matter at all to you. If that's the case, then perhaps you'll find the slowest EV (which happens to be the cheapest too) on the U.S. market right now, the Smart fortwo ED, perfectly suitable for you with its 0 to 60 MPH time of nearly 12 seconds.