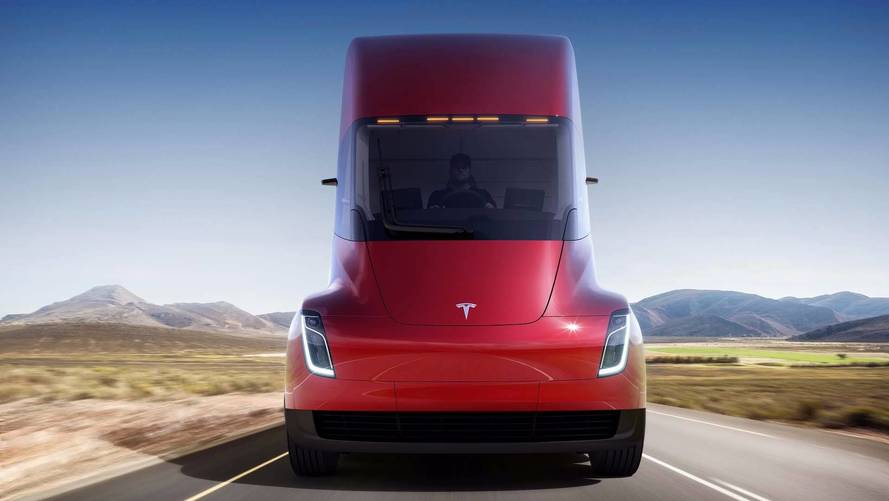 This bold standard works to set a precedent in the initiative toward cleaner air.

Yesterday, June 25, 2020, the California Air Resources Board CARB) announced a ground-breaking development in the push for cleaner air. The board voted unanimously in favor of the first national standard for electric trucks. It's also the first of its type in the world.

Check Out The Following Related Stories:

Freightliner To Produce Electric Trucks In Portland In 2021

This bold move comes at a time that we've seen the results of having fewer cars on the road and reduced emissions due to the COVID-19 pandemic. It also comes on the heels of nationwide protests related to systemic racism. Calfornia has long been a leader when it comes to green energy, green jobs, and clean air. Now, this standard takes another step forward in setting a precedent. CARB writes:

CARB Chair Mary D. Nichols added that diesel vehicles "are the workhorses of the economy." She insists that we need them to be a major part of the solution to dirty air. This is especially true in "disadvantaged communities." Since the technology is available, there's no reason we shouldn't be implementing it at a greater rate.

Trucks comprise the largest source or vehicle air pollution, making up 70 percent of "smog-causing pollution" and 80 percent of "carcinogenic diesel soot." The crazy part is there are only 2 million of these vehicles on California roads, of the 30 million total registered vehicles. With this new regulation in place, California is poised to see 300,000 electric trucks on its roads by 2035.

For more details, check out the sources and the full press release by clicking on the links and tab below. Then, leave us a comment.

Victory: Historic mandate sets California on the path to electrifying 100 percent of diesel trucks and ushering in clean air and green jobs

Sacramento, CA — Today the California Air Resources Board unanimously voted to pass the nation’s first electric truck standard, a ground-breaking regulation that sends a clear signal to truck manufacturers and is a significant step in transforming the state’s freight and transportation industries.

The rule, which sets zero-emission truck sales targets for manufacturers beginning in 2024, is a major step forward in tackling deadly air pollution and controlling greenhouse gas emissions. The regulation is estimated to bring 300,000 electric trucks to California’s roads by 2035, including 17,000 semi trucks.

“California’s adoption of the nation’s first zero emissions truck standard is a historic moment for clean air,” said Paul Cort, director of Earthjustice’s Right to Zero campaign. “Trucks produce the pollution for nearly half of California’s unhealthy smog problem, and nothing short of a complete transformation to zero-emissions trucks will be sufficient to protect the millions of people who live and breathe near ports, freeways, and warehouses. The Advanced Clean Trucks rule is a vital step forward on that path to a zero-emissions future.”

In the same hearing, the California Air Resources Board passed a significant resolution to commit to 100% electric trucks within 25 years. That means that by 2045, every new truck sold in California will be zero-emissions.

California has some of the worst air quality in the nation, and for communities living near freeways, ports, and warehouses, diesel pollution can be deadly. Medium and heavy-duty vehicles are the largest source of NOx emissions in California, making them one of the largest producers of California’s dangerous smog. Truck exhaust contains more than 40 known cancer-causing substances and is responsible for an astounding 70 percent of cancer risk related to air toxins in California. This pollution isn’t felt equally – diesel truck pollution is concentrated in low-income communities and communities of color that are surrounded by freeways, ports, and the goods movement industry.

The Advanced Clean Trucks rule will significantly reduce NOx and particulate matter emissions and save Californians $9 billion in health costs. The rule was significantly strengthened from its initial proposed form. A coalition of health, community environmental justice, environmental, labor, and scientific voices urged the California Air Resources Board to adopt a stronger rule, and Californians sent over 30,000 messages to the agency urging that the state adopt a more protective standard.

“This is a historic moment for families struggling to breathe day-in and day-out in diesel death zones,” said Andrea Vidaurre, Policy Analyst with the Center for Community Action and Environmental Justice (CCAEJ). "Now we need to look to future standards that will ensure electrification is prioritized in the Black and Brown communities that need it most. Setting goals for 100% electrification is a step in the right direction but there is still a lot of work to do. We will continue to demand electrification of our trucks and ports to achieve health, economic and racial justice for our communities."

By adopting the nation’s first electric truck standard, the California Air Resources Board also created a replicable roadmap for other state governments to adopt similar standards, just as fourteen states and the District of Columbia have already adopted the clean car standards first set in California. The Clean Air Act stipulates that once California has used its right to adopt a more stringent tailpipe standard, other states can adopt the same standard and go further than the federal government to protect the health of their residents.

Connecticut, Maine, Massachusetts, New Hampshire, Rhode Island, Vermont, New Jersey, and New York have expressed interest and support in the Advanced Clean Trucks rule. Washington state officials testified in the hearing before the vote in support of the rule.

This rule can also play an important role in California’s economic recovery by getting Californians back to work manufacturing electric trucks and building out the necessary charging infrastructure. California’s EV industry supports 276,000 direct jobs in the state, according to an early March report from the Los Angeles Economic Development Corporation. Those jobs pays an average annual wage of $91,300, well above the average annual wage across all industries in the state. The Advanced Clean Trucks rule is expected to generate 8,000 new jobs by 2035. Accelerating the transition to zero-emissions trucks sends a market signal that will transform a historically polluting industry into a source of high quality green jobs.

Electrifying trucks is an economic opportunity for fleets—estimates of total economy-wide savings from avoided fuel and maintenance costs range from $7.3 to $12 billion (before accounting for health savings). Nevertheless, the regulation is essential for realizing this economic opportunity in order to overcome market failures that flow from the oil industry’s lock on transportation fueling, and manufacturers’ hesitancy to invest in new technology.