This is the official multi-page guide and description provided to dealerships. It reveals usable battery capacity.

Mach-E Forum reached out to us since one of its users got their hands on an official order guide. He says it came from a friend, though it appears to be straight from a Ford dealership. It makes sense that it would be part of the materials Ford distributed to dealers with the Mustang Mach-E order banks opening up this week.

Ford opened the Mustang Mach-E order banks for dealers yesterday. They have the rest of the week to become acquainted with the process. Then, on Friday, June 26, 2020, the system opens for reservation holders to configure their Mach-E crossovers and convert their reservations to official orders. However, somewhat strangely, it was reported that Ford won't make customers aware that it's time to order until June 30. Perhaps it's just another buffer to help dealerships keep up and stay organized.

Perhaps the most interesting find in the document – at least for electric car owners – is the usable battery capacity. The Standard Range battery pack has 68 kWh of usable energy and the Extended Range battery comes in at 88 kWh. Check out the order guide in its entirety below. Then, scroll down and start a conversation in our comment section. 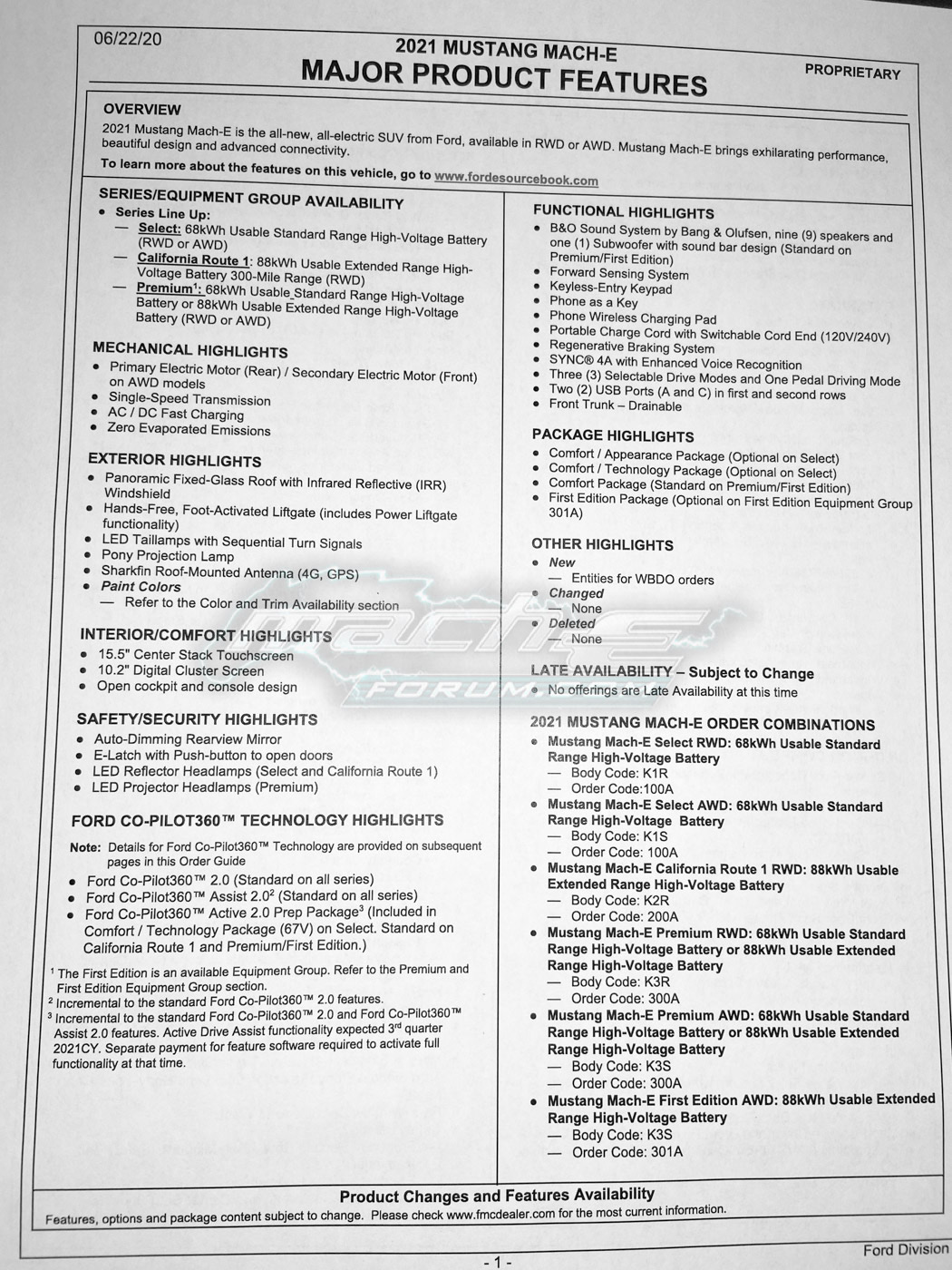 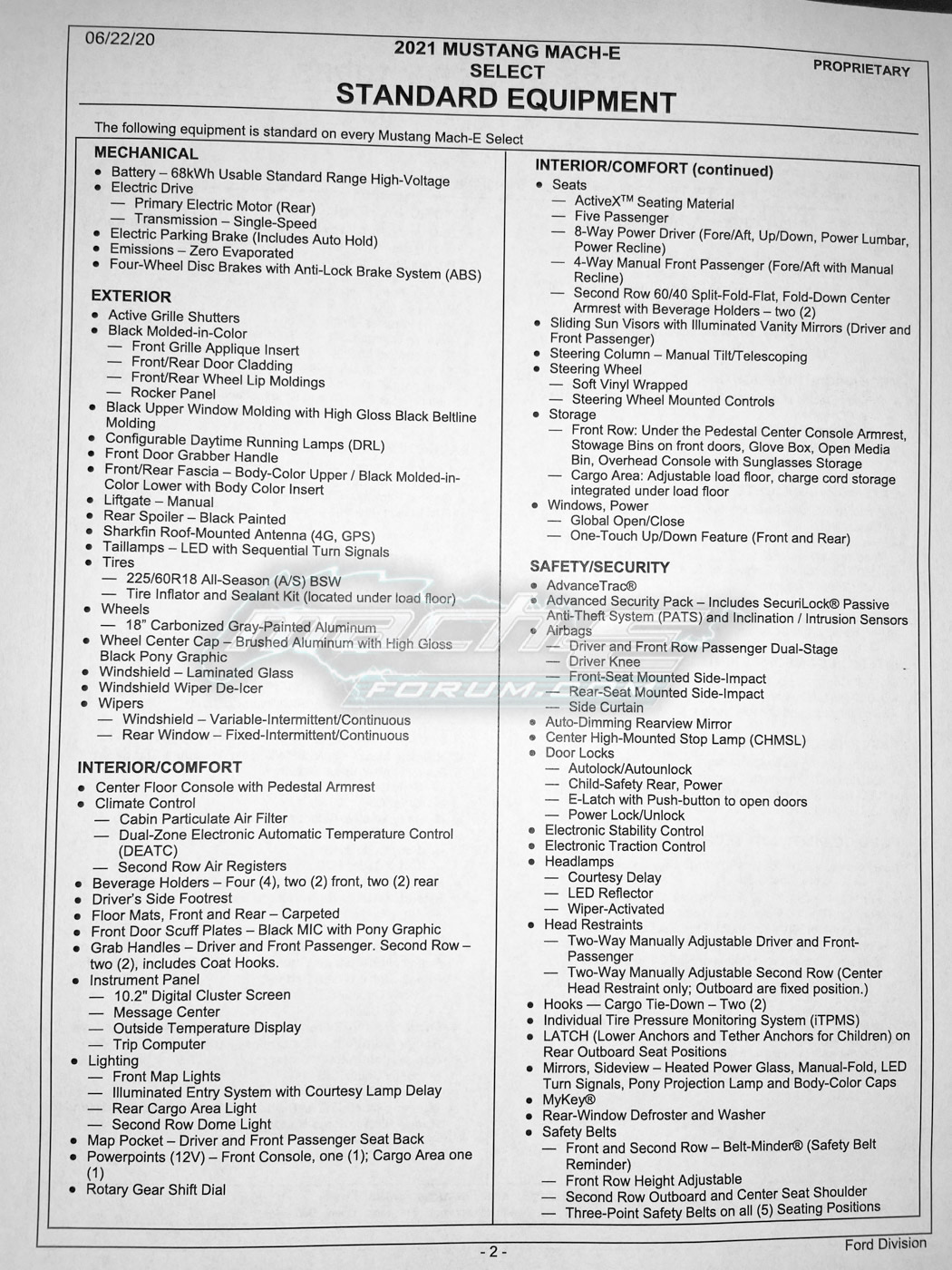 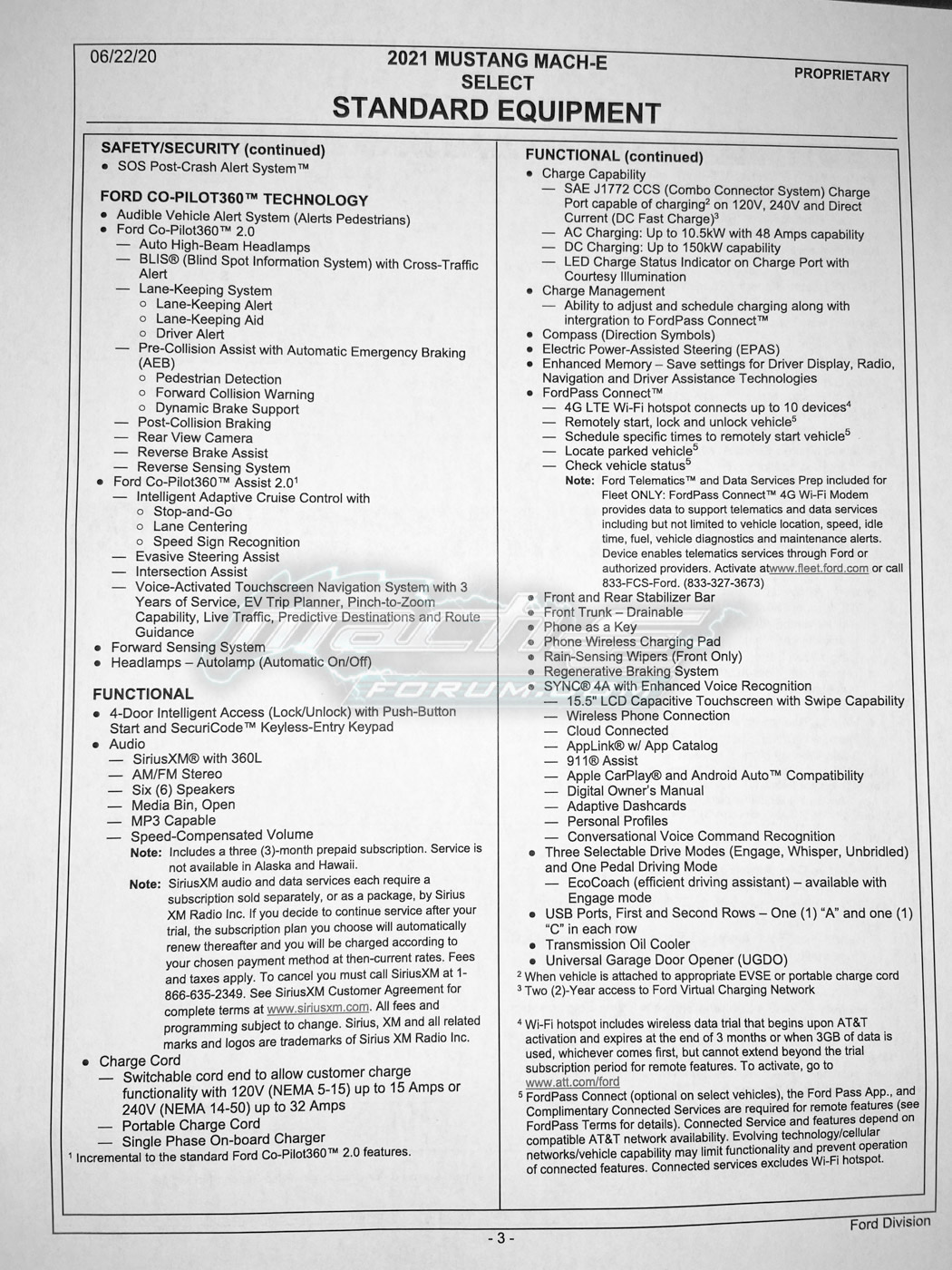 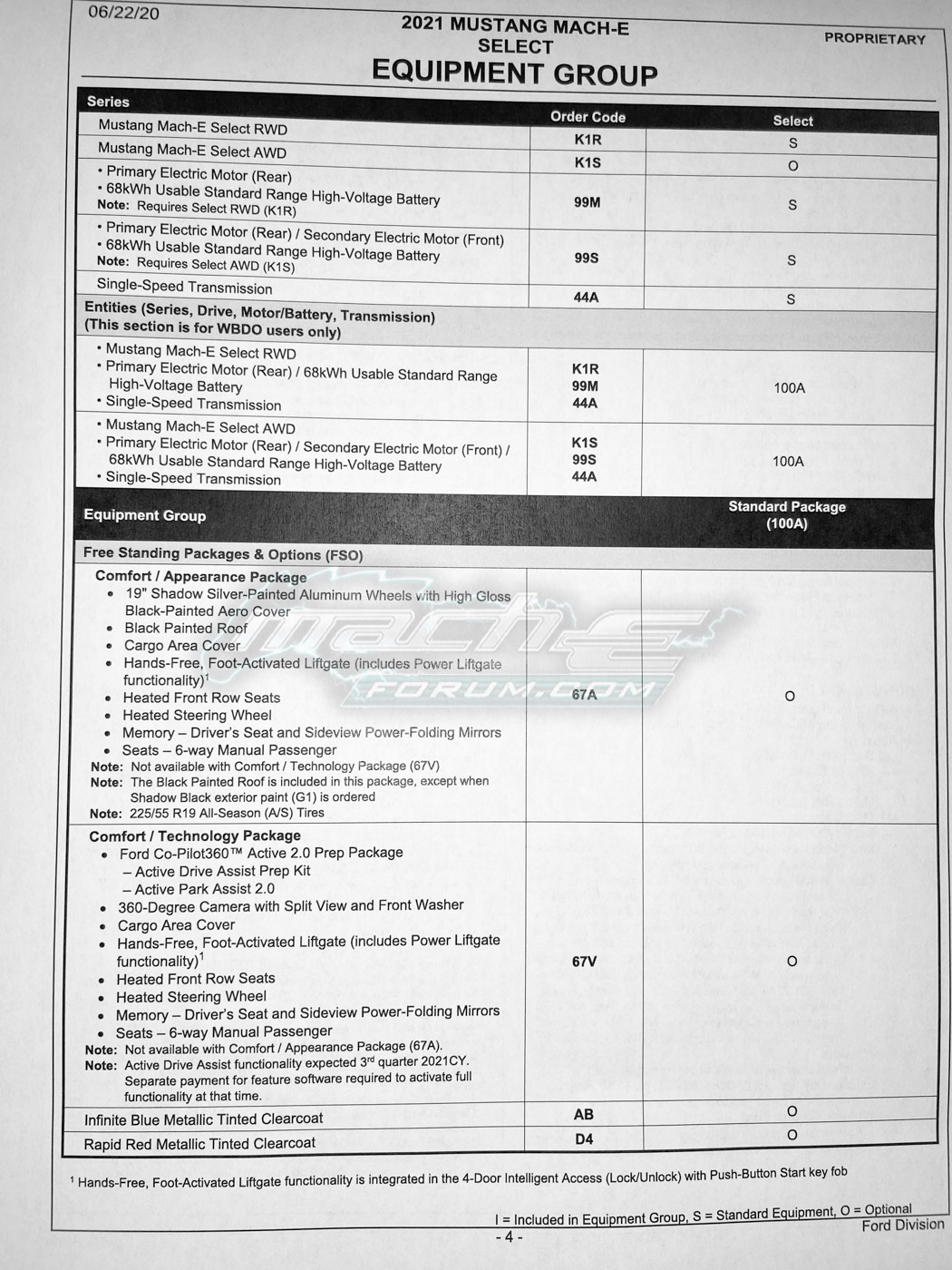 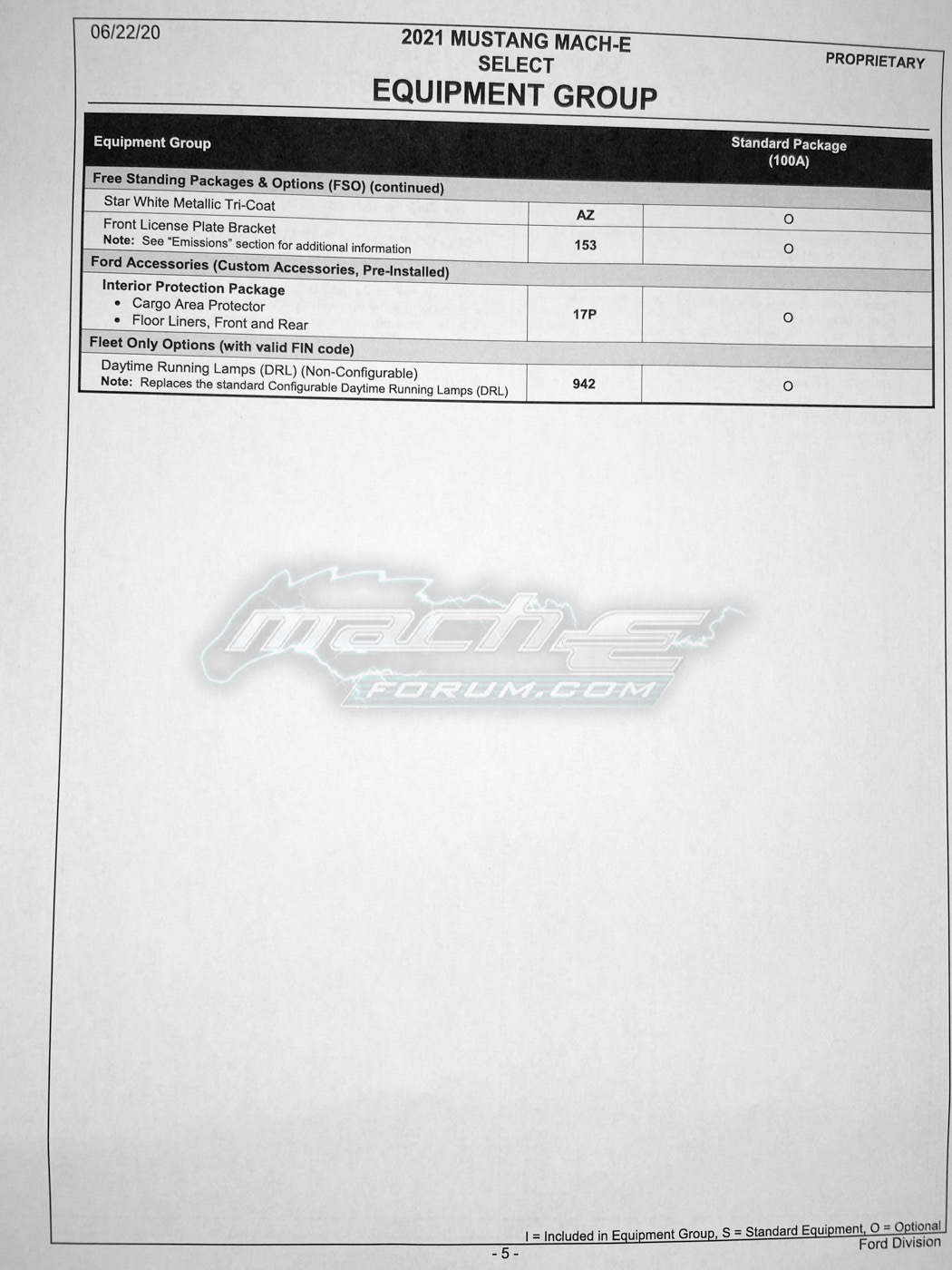 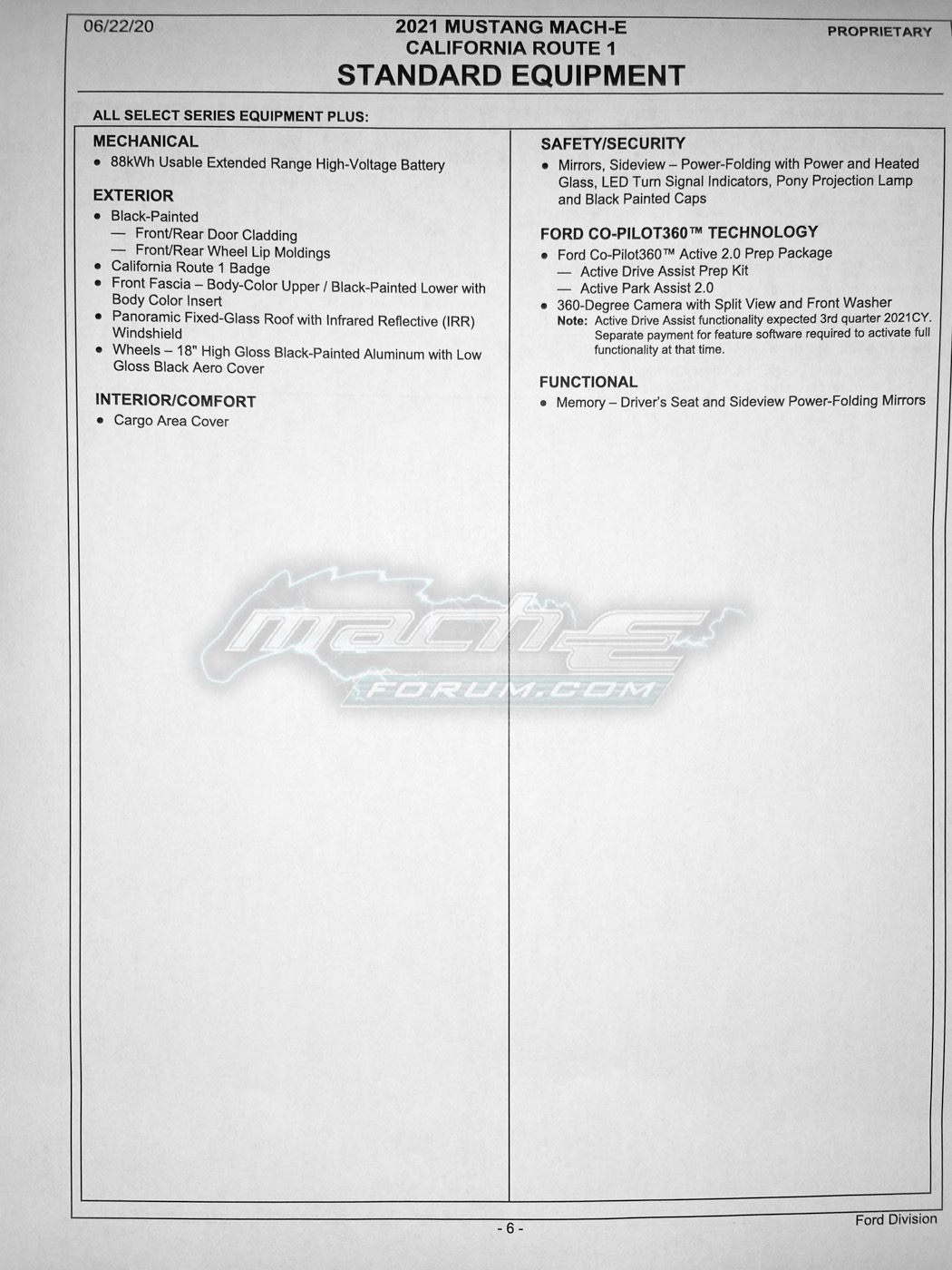 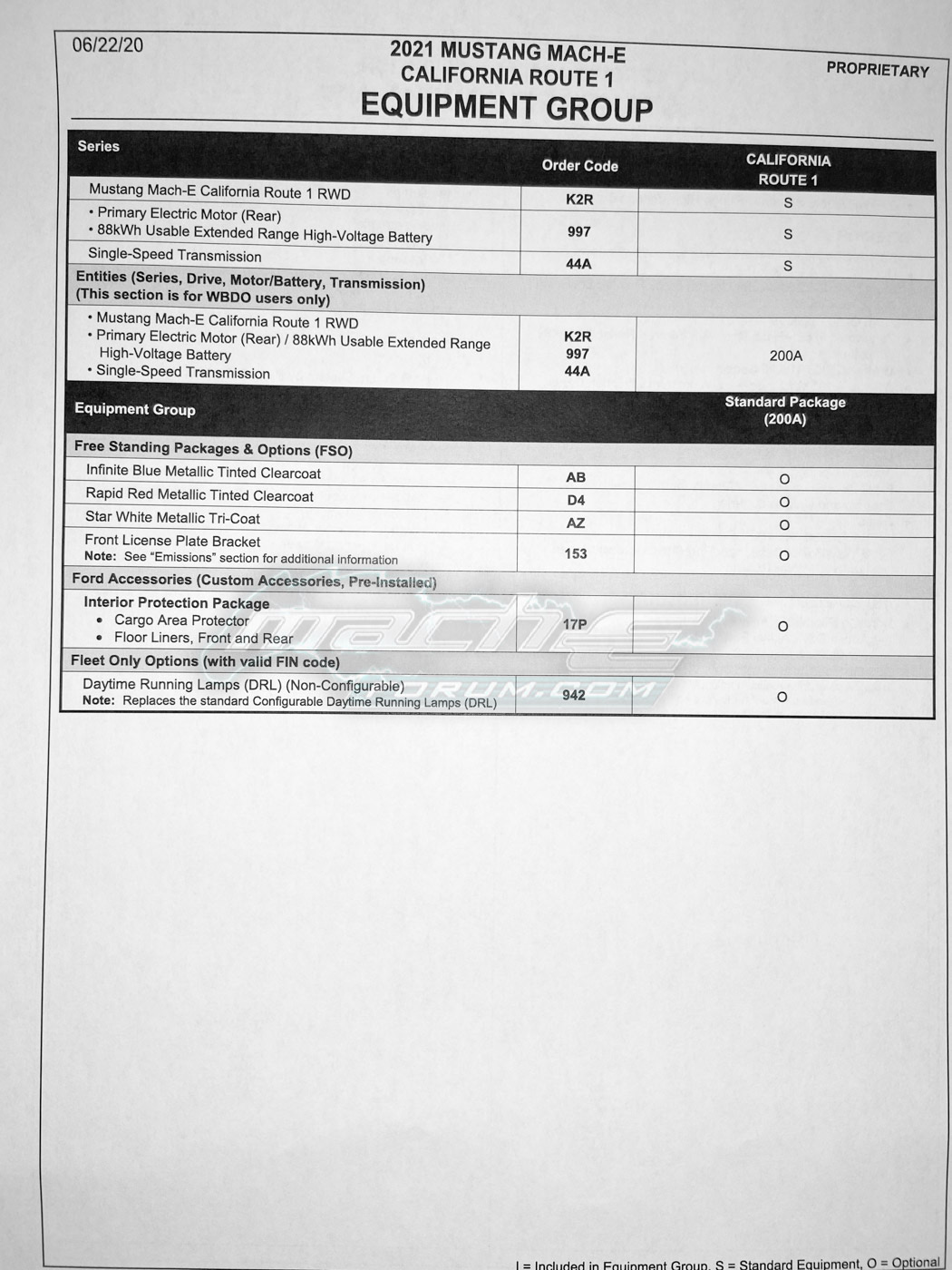 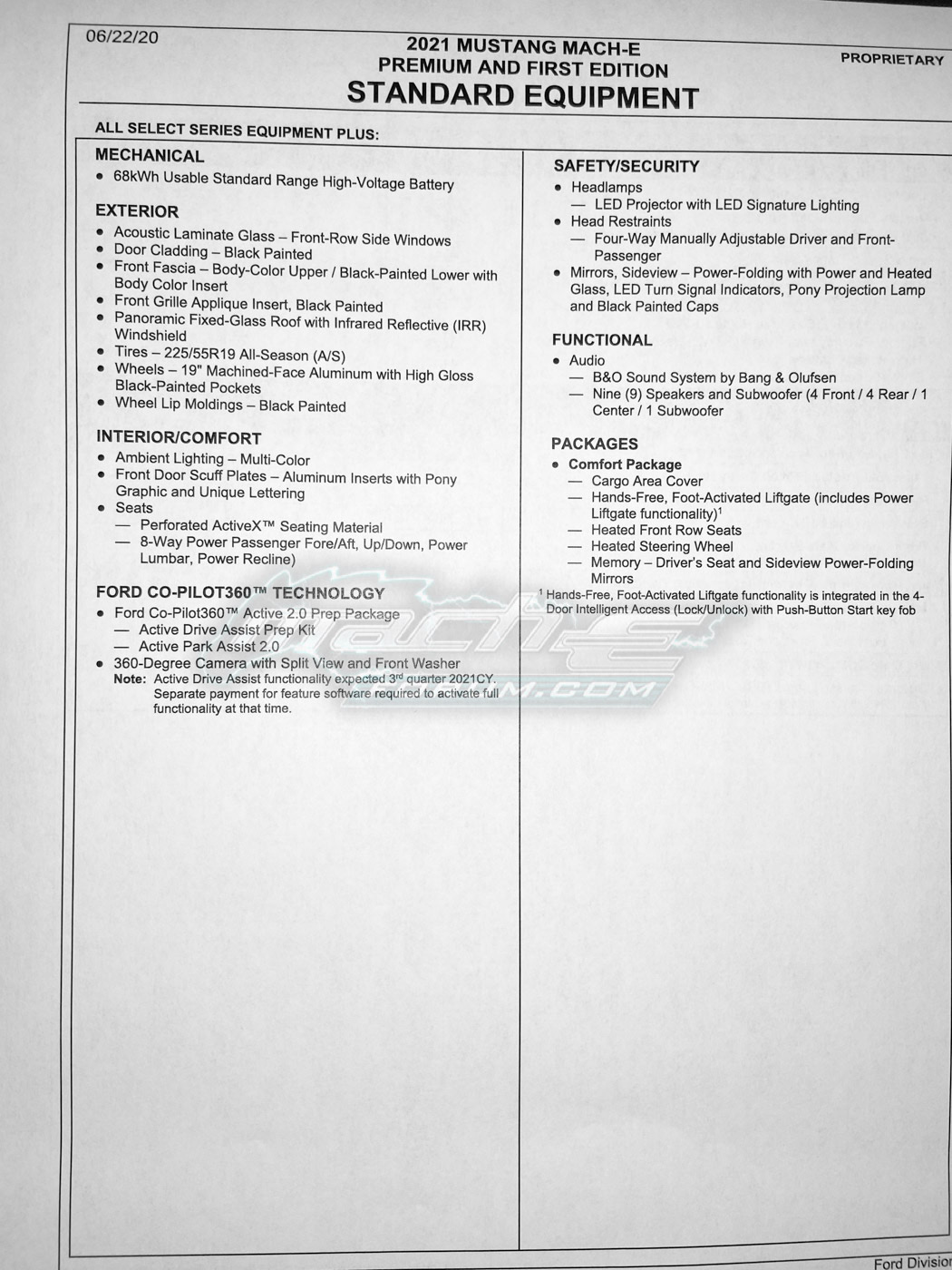 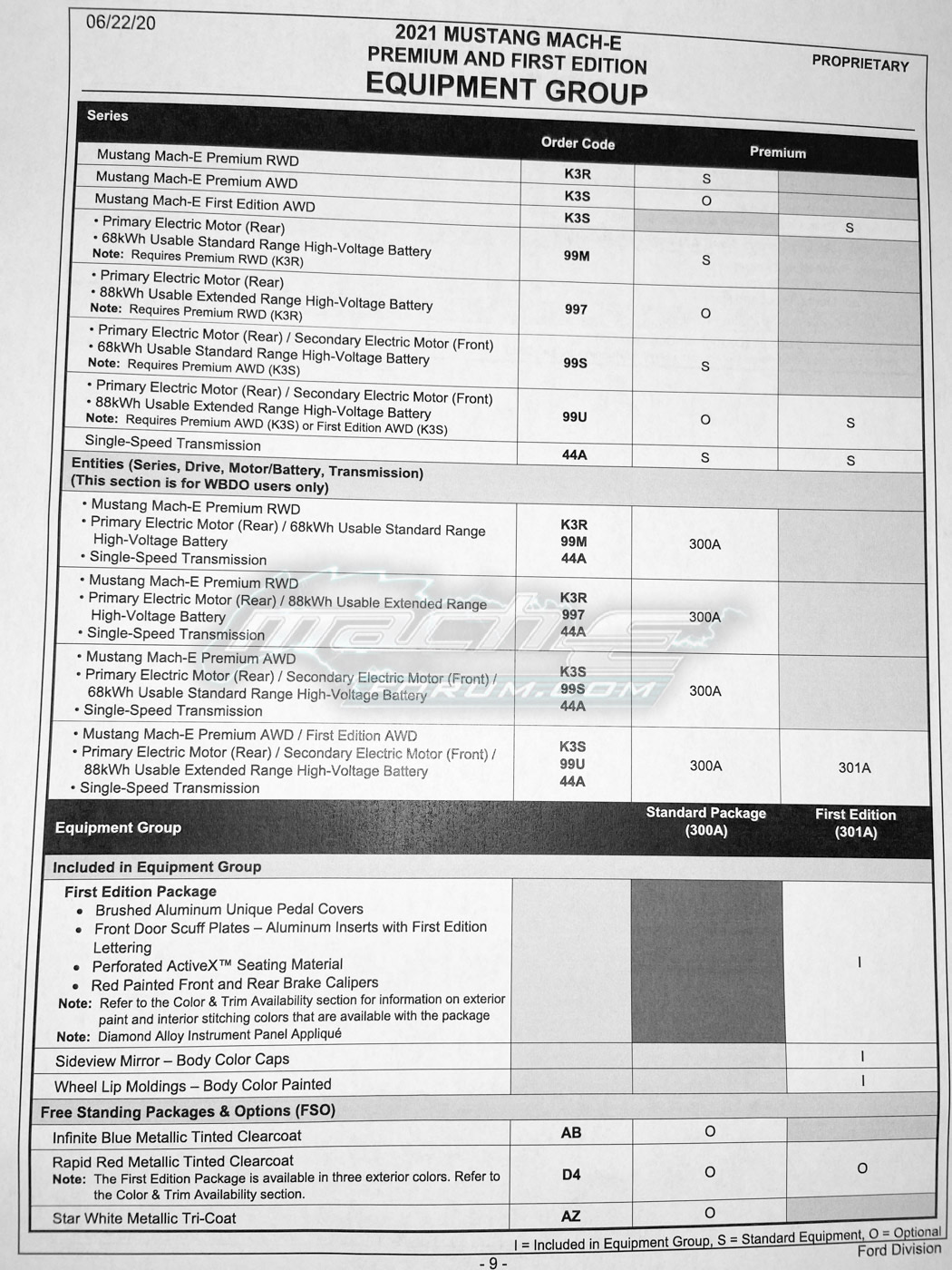 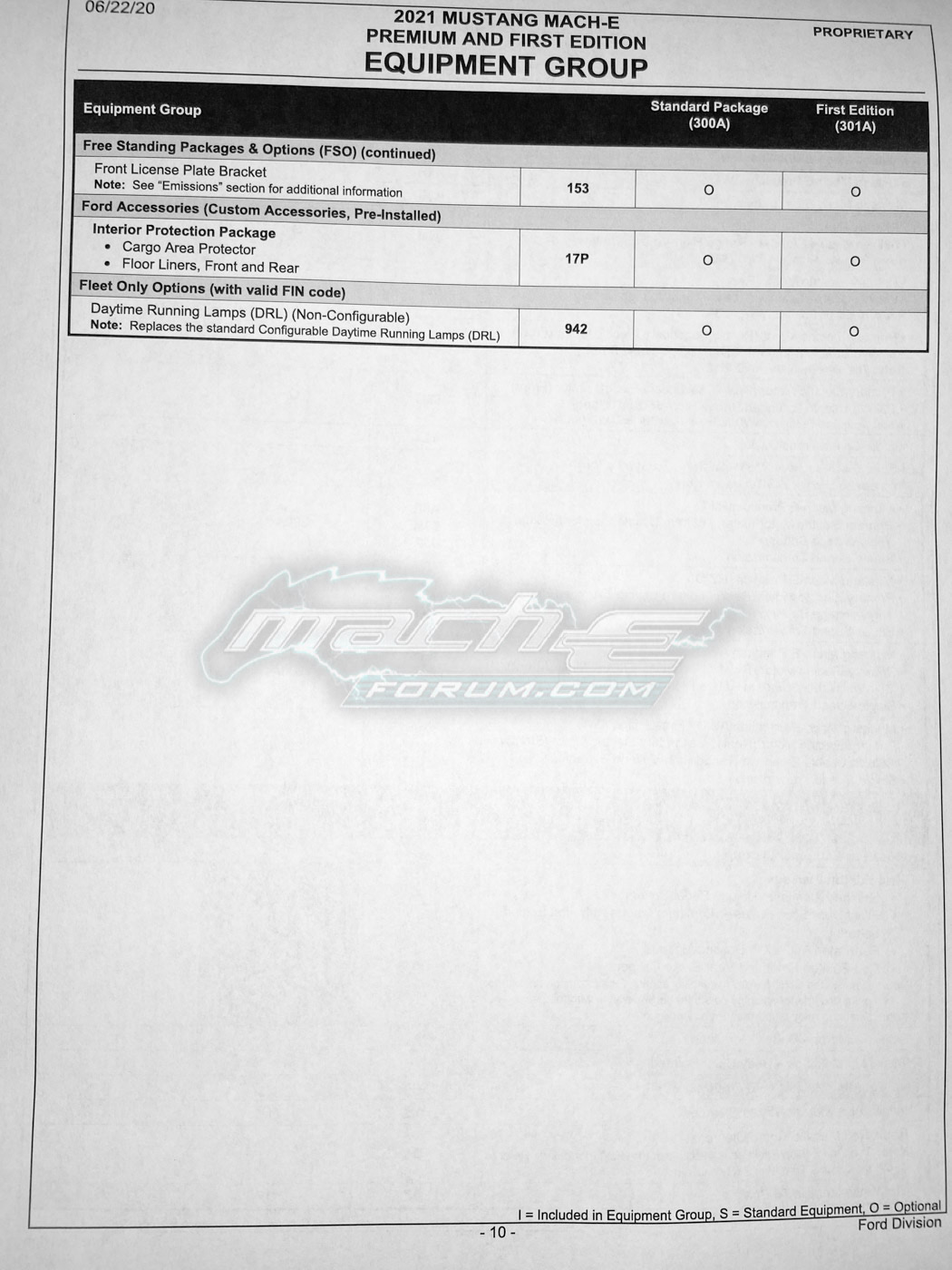 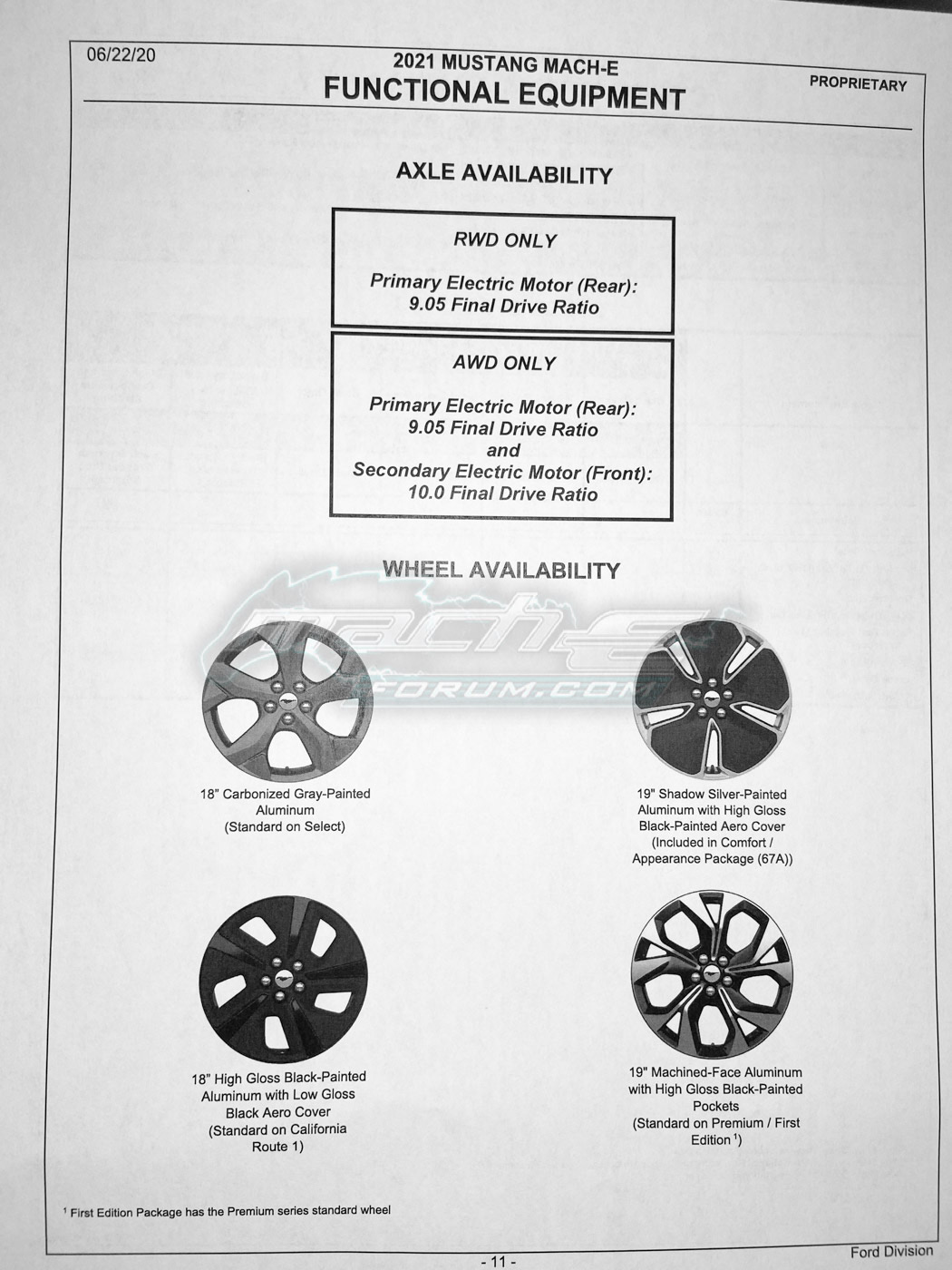 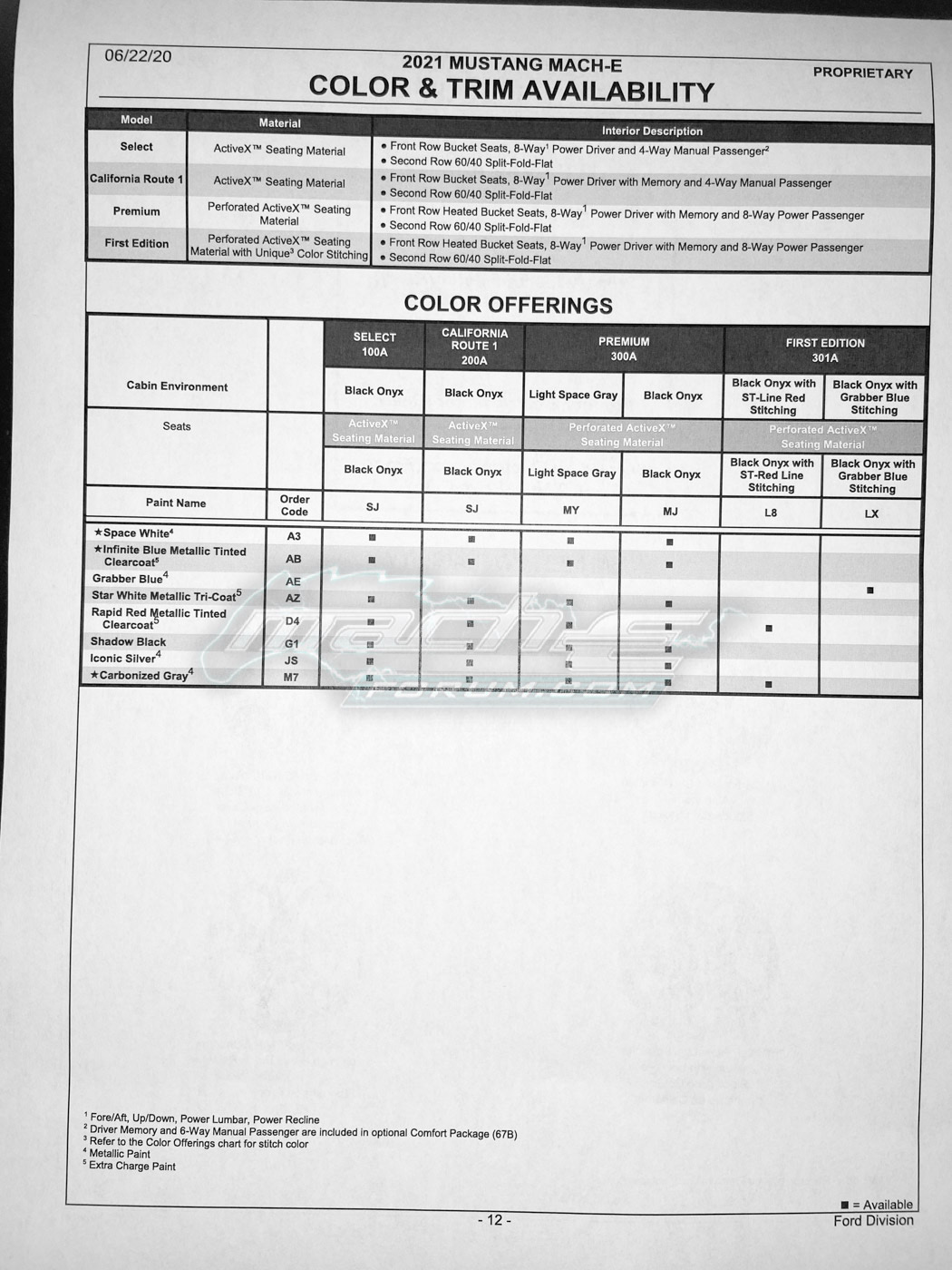 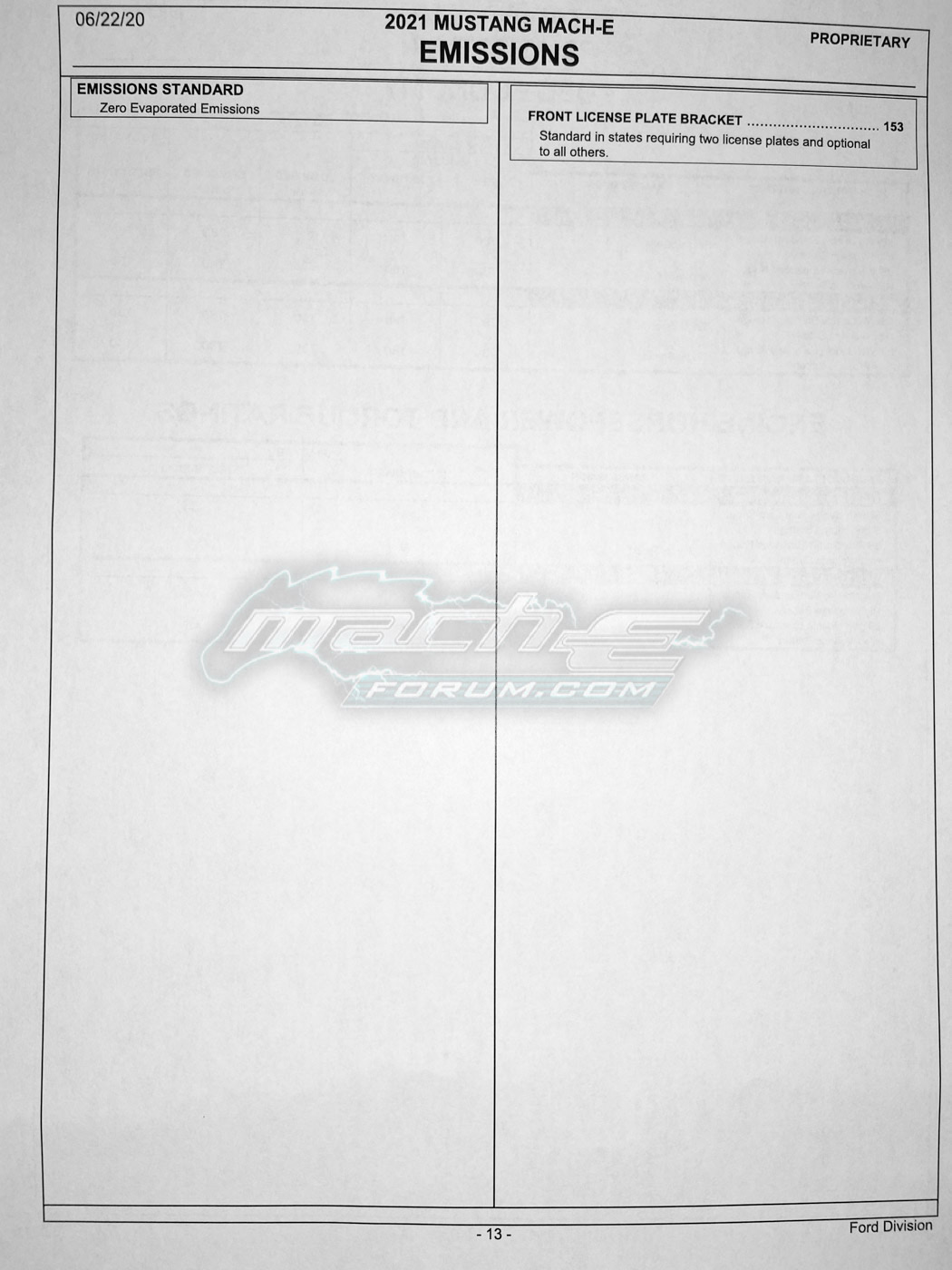 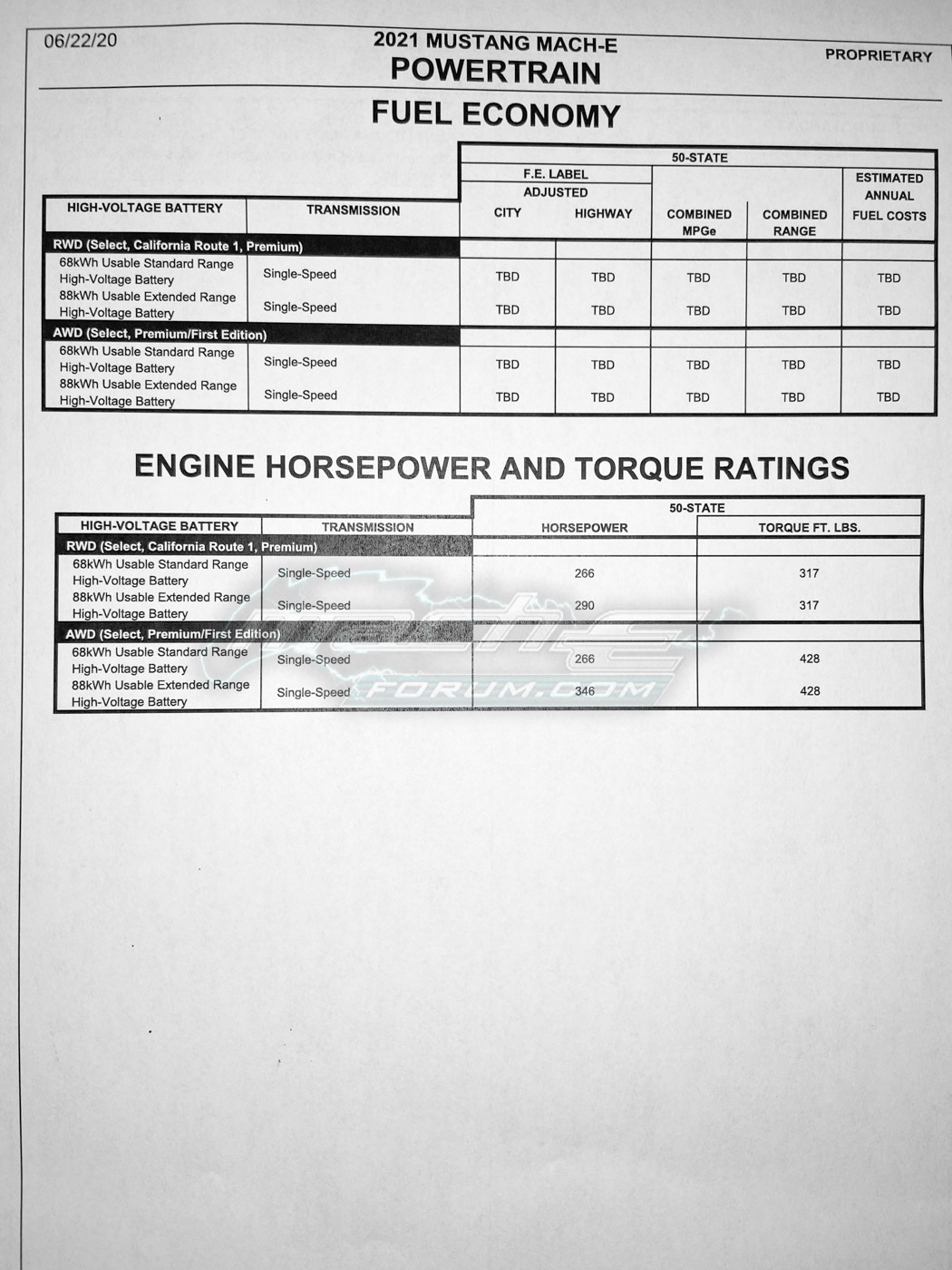