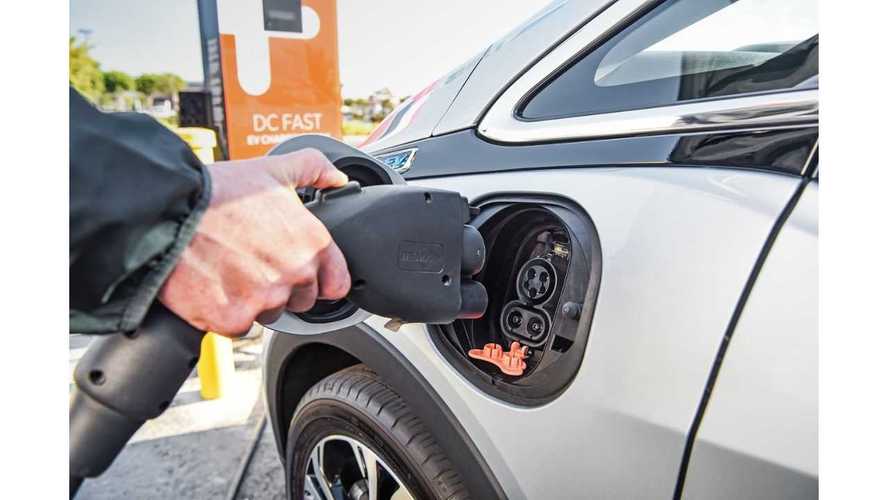 CHAdeMO is still above CCS in terms of the number of locations, but that will change soon.

There are three major DC fast charging standards for electric cars in the U.S. - CHAdeMO, CCS Combo 1 (J1772 Combo) and Tesla's proprietary standard. Here, we will take a look at the CHAdeMO/CCS standards, which are non-proprietary public fast-charging standards.

According to the latest report from the U.S. DOE’s Office of Energy Efficiency & Renewable Energy for the U.S. market, CCS is already way ahead of CHAdeMO in the total number of chargers installed (28% more), but still has fewer stations (9% less).

The reason for that is that many new CCS locations (like Electrify America's network) are equipped with multiple chargers at a single site. Because CCS is supported by the widest number of brands, it's expected that soon also the number of stations and overall popularity of the standard will outpace CHAdeMO.

DC fast chargers in the U.S.:

* many chargers are dual-head CCS/CHAdeMO (included in both categories).

Another aspect of the CCS/CHAdeMO battle is that CCS already has way higher power output installed (up to 350 kW), while CHAdeMO is stuck at 50 kW, sometimes 100 kW.

Only time will tell how the battle will end, but as of today, CCS wins in terms of the number of manufacturers/models, power output available and general momentum, while CHAdeMO (supported by the Nissan-Mitsubishi pair) seems stranded by the automotive industry.