The latest drone video from the Tesla Gigafactory 3 in Shanghai, China is a precious one as it's not easy to record the plant in the rainy and foggy weather.

乌瓦 explains that shooting on June 4, 2020 encountered a few problems: "In addition to the fog caused by the weather, the tone of the film was not clear enough. Furthermore, because of the magnetic field effect of the large-area steel frame structure in the aerial photography, the drone repeatedly returned to the flight automatically due to the loss of image transmission." For sure it's worth it for us to take a second to take all the efforts into account when considering the work done by the 乌瓦 channel.

Anyway, the construction at the Gigafactory 3 is quicker than anything we have seen before and the Q1 2021 production start of the Model Y might turn out to be actually conservative. The Model Y facility is also much bigger and more complex than the previous one for Model 3.

Here is what we noted from the report:

An interesting thing is a highly reduced number of new Made-in-China (MIC) Model 3 parked at the factory. There are two options - carriers ramped-up pace or Tesla's production output was down.

According to 乌瓦, Tesla may have troubles with securing enough imported parts and production slowed down. 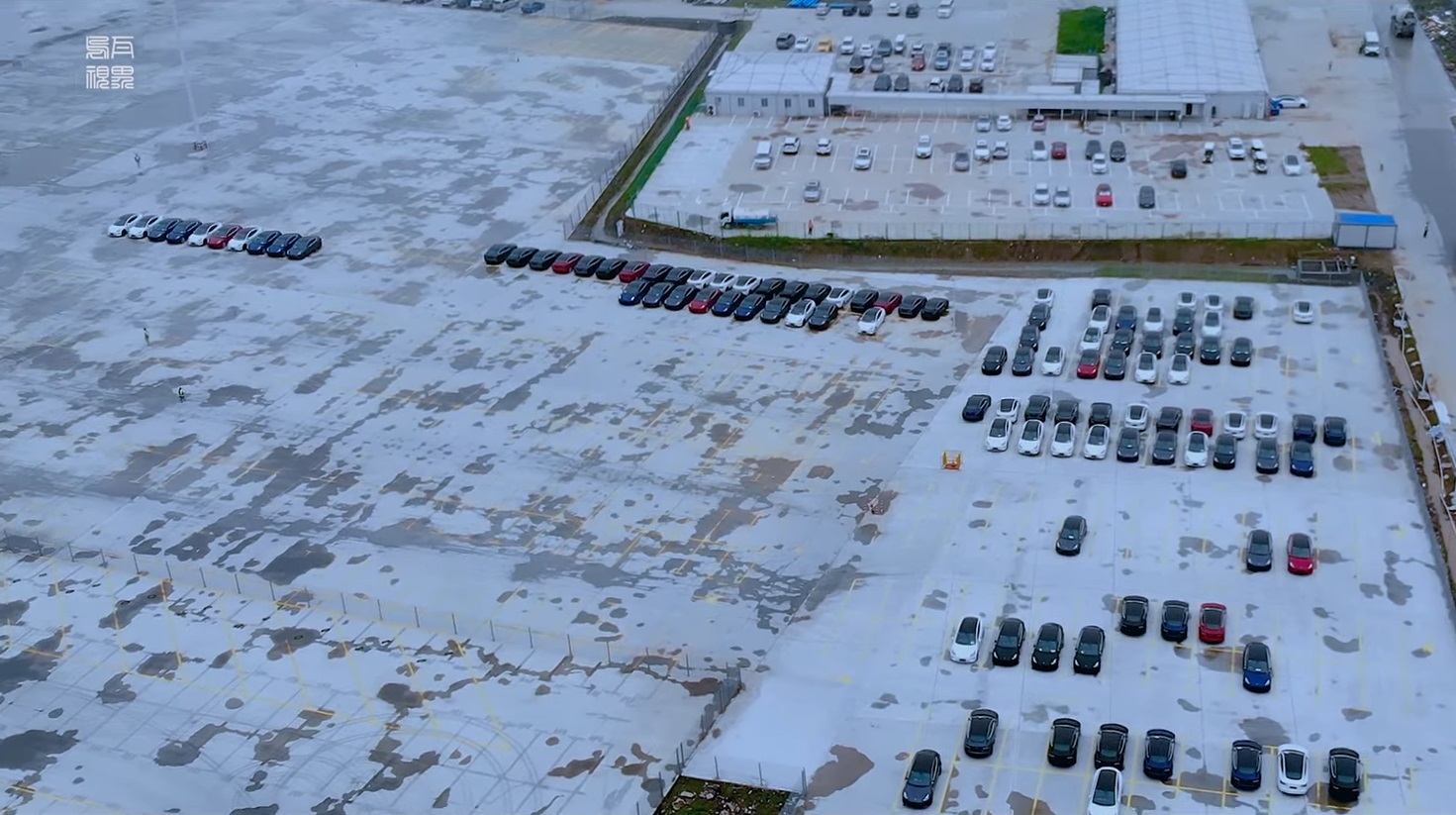 And here we have a cool video from Jason Yang - 100 seconds from March 3, 2020, which shows us how the site looked three months ago: "Although I edit a 10-minute video about Gigafactory 3 every week, I am still shocked by the huge changes in GF3. Human technology and capabilities are rapidly changing our lives."