Both are Volkswagen group products, they both ride on the same platform and share the same powertrain.

So you buy a plug-in hybrid vehicle, which is more expensive than the non-PHEV, in order to feel like you’re doing your bit to save the planet, and that’s admirable. However, you should be aware of the fact that the plug-in’s extra weight renders it less dynamically capable than a version of the same model without the plug.

This is the case with any and all vehicles available both as PHEVs and regular non-electrified cars. It is exemplified by these two videos posted by the Swedes over at Teknikens Värld - it’s not the first time their moose test findings have highlighted handling flaws which in some cases even prompted manufacturers to provide fixes.

Check out the Passat GTE 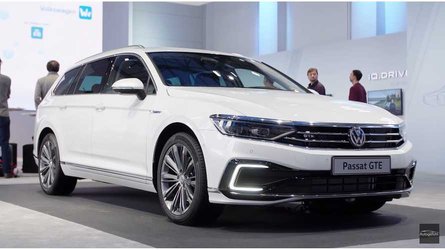 They tried out the Volkswagen Passat GTE and Skoda Superb iV, both of them as wagons, and they discovered that neither was a good moose test performer - in fact they both failed to reach the minimum speed of 72 km/h (44.8 mph).

Their speeds were quite a bit off what other similar cars managed; the video shows the Peugeot 508 wagon and Mercedes-Benz C-Class wagon, both of which were PHEVs and they fared far better - they look more agile and controlled than the VW group products.

Check out the Skoda Superb iV 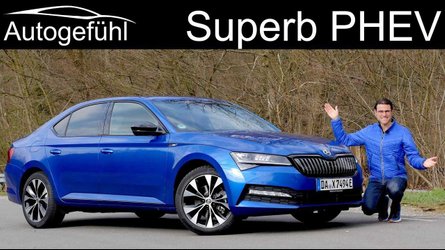 At any speed above 68 km/h (42.3 mph), the Passat GTE wagon became unstable and snapped into severe oversteer. The Superb iV wagon wasn’t any better and when speeds were increased to over 68 km/h, the back stepped out pretty much the way it did in the Passat and it looked all over the place.

It is worth noting that the Passat isn’t an especially good performer in this test, even in non-PHEV form. Km77 tried it out and couldn’t get it to complete the sudden avoidance maneuver at speeds any higher than 73 km/h (45.4 mph), so it just managed to pass the test, yet that is way better than what the GTE was able to muster. 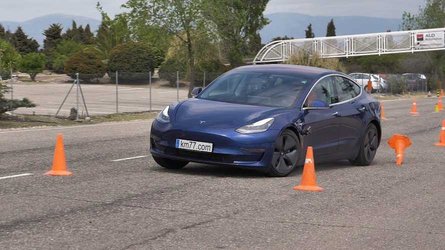 How Does The Tesla Model 3 Fare In The Dreaded Moose Test? Watch This
⠀ 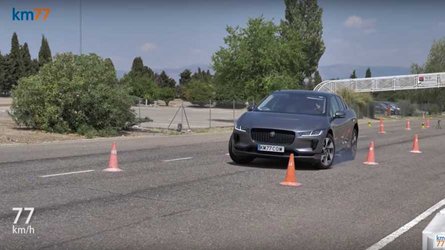 What Is The Moose Test & Does The Tesla Model 3 Pass It? Video 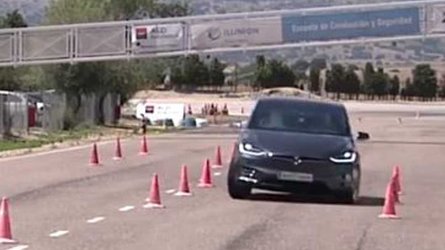 Upon watching the videos, one thought that came to mind when seeing just how severely the rear stepped out was that the extra weight of the battery right behind the rear axle was responsible for this waywardness. However, upon analyzing the Km77 video, I noticed that the non-PHEV Passat had the exact same tendency to lose grip at the rear.

It is also worth noting that since both the Passat GTE and Superb iV are sold as green cars, which need to have very good fuel economy numbers on paper so that people actually want to buy them, they are most likely fitted with tires designed to maximize efficiency. This type of tire does slightly compromise a car's handling, compared to more grip and performance oriented rubber, so keep that in mind when watching the videos.