That is what you get when you cross a wrecked Chevy Spark EV with a Domino’s DXP.

We have been following closely the latest joint project from Rich Benoit and Samcrac. They bought a cheap Chevy Spark EV and gave it parts from a Domino’s DXP, including its warming oven. Sadly, the video above is the final one of this saga. Luckily, it is the funniest of them all.

Benoit and Samcrac managed to build not only one of the cheapest EVs in the US, spending a little more than $2,000. They have also created the best warming oven to drive around. We are sure that, if Benoit allowed Domino’s delivery guys to test his oven on wheels, they would not want to drive anything else. 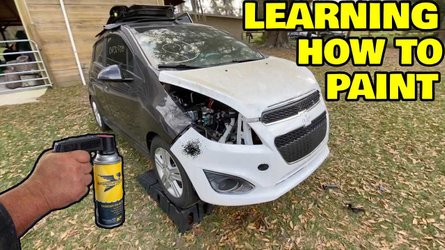 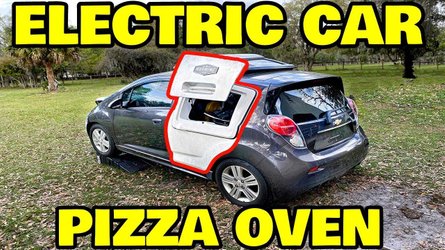 The only issue with the DXP-Spark EV seems to be the oven door, which insists to open when the little car is driven hard. That will make Benoit’s Popeyes Fried Chicken think they are still alive. Worse still, it will convince them they can fly, something they couldn’t even when they were alive and well.

When we say Benoit and Samcrac built this thing, we are just giving Sam due credit for finding the Spark EV for sale. He also drove it to the truck that took it for Benoit. Most of the work was on Benoit’s hands – and in Daniel Inez’s, who took care of the painting.

In the process, Benoit found out that there were many broken parts in the Spark EV, most of them on the cooling system. Instead of buying new parts, the youtuber jerry-rigged some solutions just to make the tiny electric car work properly. As far as we have seen, the kludges worked just fine!

The final act of creation was the prank Benoit played on his daughter, promising her a new car. She went into two other vehicles until she met her beloved warming oven. With old pizza yet to be heated there. She quickly asked to keep a Toyota Tacoma she currently uses. At least until she gets an EV that does not need a scooter to get back home when the battery dies due to reheating food.