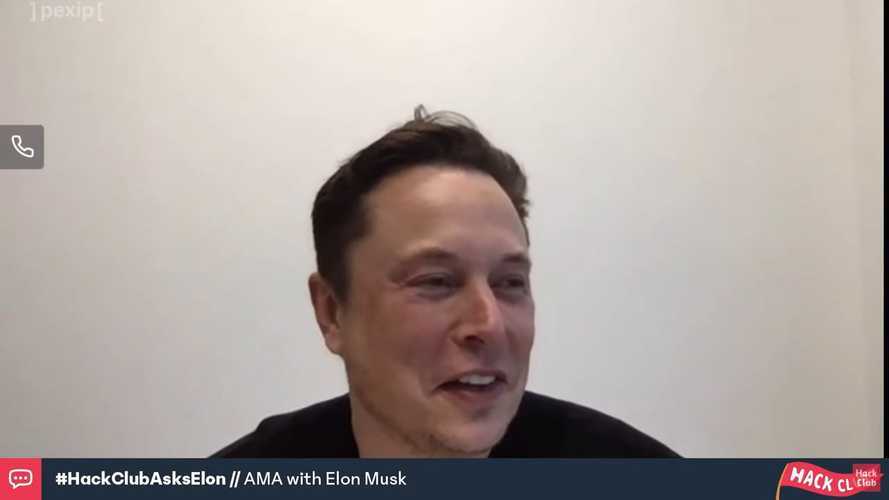 Before all the Tesla Fremont factory mess, Musk did an interview with some high school kids. It may be his best interview to date.

Elon Musk: Tesla Will Move Its HQ And Future Programs To Texas/Nevada
⠀

With the COVID-19 pandemic, Elon Musk's name has been splashed all over the headlines — much of it related to controversial posts on Twitter. Love it or hate it, we can all agree he's definitely captivated the social media-sphere. However, lost amidst the thunder-and-lightning erupting from Musk's tweetstorms, was a little-publicized AMA with Hack Club. In short, this is must-see TV. In fact, it might be Musk's best interview ever.

There are many takeaways. A big one — Musk is a staunch proponent of citizen journalism as opposed to today's disappointing click-bait/ad-driven media outlets. In fact, he thinks AI could easily infiltrate our newsfeed to sway opinion massively. He noted if the goal of an AI was to boost ad revenue via the media, it could hack minds and (in a worst-case scenario) "cause a war... responding much faster than a network of trolls or bots."

Musk believes social media meddling is quite pervasive and dangerous. Proceed with caution. He says, "beware of AI manipulation — not going rogue by itself, but somebody operating AI." Musk notes that platforms like Facebook, Instagram, and Twitter could quickly exploit the fact that the human race has extremely "weak mind-virus immunity."

On a more positive note, Musk showed a great deal of support for the "maker" movement. Speaking with Hack Club, he said the next natural step for these makers could be considering a career in manufacturing instead of (strictly) coding. He says, surprisingly, manufacturing offers a real outlet for creativity and disruption.

He explained, "We're getting disconnected from the physicality and the world of atoms... Manufacturing is underrated. There's a lot of potential for innovation, and it's just a good thing to do. I think we should put more weight on manufacturing and production and making physical things... It's making the machine that makes the machine and it's really interesting." As an example, he added, "Designing a rocket is 1x hard, building one of it 10x, and building a production system or manufacturing line is 100x" as difficult.

In perhaps the most poignant part of Musk's AMA with the teenagers, he encouraged them to think big. "A lot of people, the thing that stops them from making things or doing things is actually that they're self-limiting. They don't realize that they're actually capable of much more. You've got to try. Believe in yourself and try. People can do way more than they think," he said.

At one point, Musk shared the story behind his latest "Don't Doubt ur Vibe" song. Apparently, he woke up in bed one morning with the idea. His girlfriend, Grimes (a recording artist herself), encouraged Musk to record the song. Lo and behold, they ventured to the recording studio on a whim and finished the track that day.

Originally, Musk only allotted Hack Club a half-hour for the AMA. But he said he was "really impressed with the questions," and extended the interview to over an hour long. It appears the kids at Hack Club were equally impressed with his overall vibe. Afterwards, one member of Hack Club said, "his demeanor was so loose." Another called Musk, "aggressively normal."

Written by: Iqtidar Ali. An earlier version of this article was originally published on Tesla Oracle. Editor's Note: Excerpts and additional content/commentary added after watching (and rewatching) the AMA.