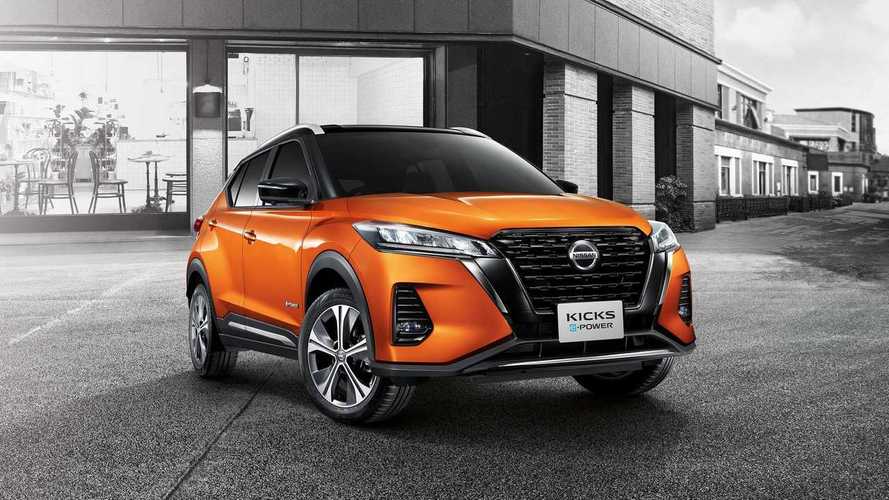 This may be the cheapest "EV" available in the US, even if it is recharged with gasoline.

The refreshed Nissan Kicks was expected to show up on March 19, but that was before the COVID-19 pandemic. We have no idea about when the plan to show the car was postponed to, but it does not matter anymore. This is the first picture of the refreshed Nissan Kicks, revealed by an official Nissan Thailand page. More than that, this is the first image of the Kicks e-Power, probably the cheapest "EV" for sale in the US very soon.

We have already discussed if it could be considered an electric car last February 28. And the fact is that it is an electric vehicle since the combustion engine it uses does not power the wheels in any way. What will make EV radicals dismiss it as an option is the fact that it cannot be recharged: all the energy it gets comes from the gas-powered generator it has under the bonnet.

At the end of the day, that will not make much difference. The e-Power system has helped Nissan have the best selling vehicle in Japan. The Note e-Power can run 87.5 mpg – or 2.69 l/100 km. This is the fuel consumption you would get from a motorcycle.

In Brazil, Nissan will sell a flex-fuel version of it by 2021, which will make the 1.2 three-cylinder generator be able to burn ethanol – a renewable fuel that extracts CO2 from the atmosphere in its making. It could also be an option for the US, where it could cost as low as $22,077, as we have shown you in our previous article. If it is entitled to the federal tax credit for EVs, that could drop to $14,577.

We know the COVID-19 also made oil prices drop to unexpected levels. That could mean gas guzzlers will have an incentive to proliferate, but we hope that is not the case. The Nissan Kicks e-Power could help the transition to a world without oil even if it still uses some of it. At least until battery prices drop below $100/kWh and make EVs competitive with combustion-engined vehicles under any circumstances.