Exclusive: Electrify America Will Transition To Pay By kWh Pricing, And More 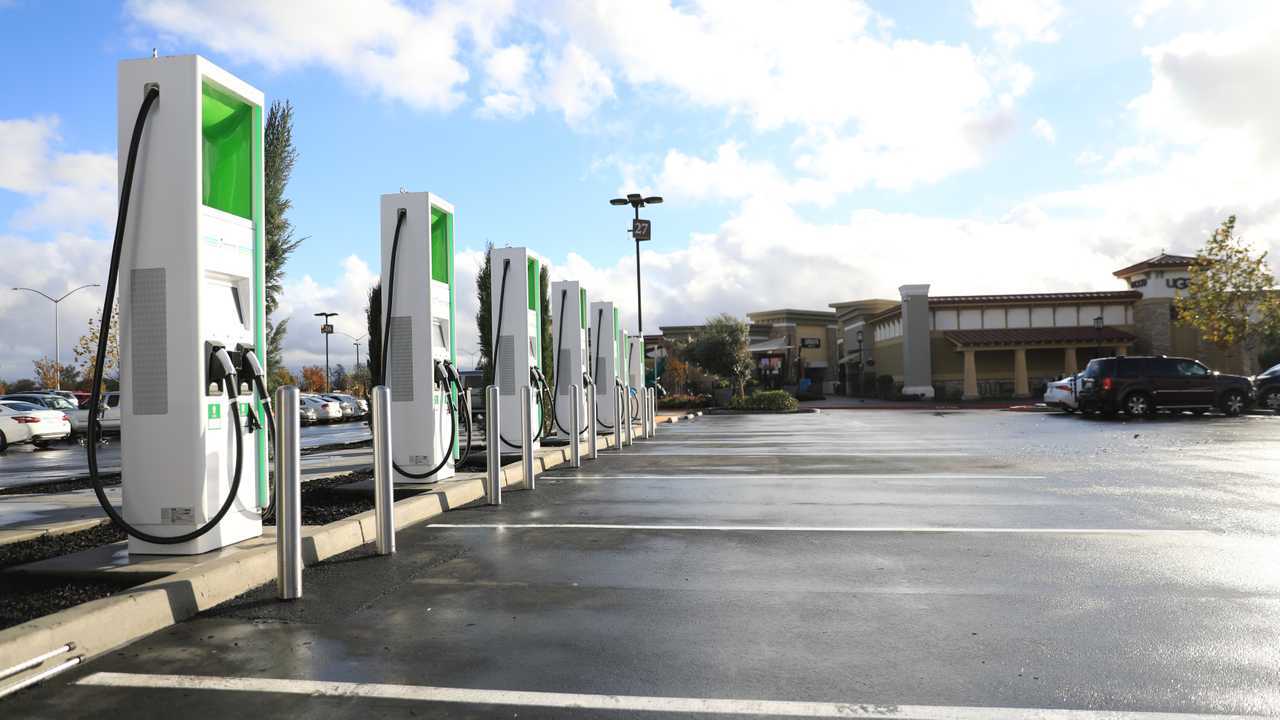 Much is learned in an InsideEVs exclusive interview with CEO Giovanni Palazzo.

One of the biggest complaints that many users of the Electrify America network have will soon be history. In an exclusive interview with Electrify America's President and CEO, Giovanni Palazzo, we learn that the dc fast charging giant will transition to a pay-by-kWh pricing structure.

The departure from their current pay-by-time model was undoubtedly inspired by California's decision to require EV charging stations to charge according to the amount of energy given to the vehicle, and not by how long the car was connected to the charging station.

"We totally believe this is the right decision and we don't want to wait until 2023. We're going to implement this well ahead of 2023" - Electrify America CEO Giovanni Palazzo on transitioning from a time-based charging methiod to kWh based

However, Electrify America isn't going to wait until 2023. They have decided that the pay-by-kWh is a more fair method, and promise to make the switch well before 2023. Palazzo wouldn't offer an exact date but stressed that he's completely on board with the transition, and would have likely come to this conclusion even if California hadn't mandated it.

We embrace this. When we started out as a new organization we believed that a tier-based policy would help. At the time, we were the only ones bringing out 150 kW and 350 kW stations... kWh based pricing is our future. We want to make it right and we want to make it simple - Giovanni Palazzo

Palazzo said that the company will offer the pay-by-kWh pricing wherever they are allowed to, and only stick with the time-based pricing in states where charging by the kWh isn't allowed.

While we think this is great news, we'll have to wait to see what the cost structure is. If it's $.50 per kWh, then this isn't exactly good news, right? In my most recent charging session on the network, I paid $12.42 to charge a 2020 Chevy Bolt to 80% and took in 51 kWh of energy. That comes out to about 24 cents per kWh. That's not bad considering the residential cost for electricity is about 17 cents per kWh where the charging station is located.

So transitioning to a kWh-based price structure doesn't mean it will necessarily cost less, it just means that everyone will pay the same amount for the electricity, as that's not the case with time-based pricing.

The interview with Palazzo lasted nearly an hour and more was learned. We'll continue with part two of the interview tomorrow, and talk about network reliability, Hyundai Kona Electric and Kia Niro EV pricing plans, my recent problems charging a Nissan LEAF to 100% on their network, the effect the COVID-19 shutdown has on the company and more.

However, this pricing structure transition was too important not to report on immediately, as we know many of our readers have been unhappy with the way the time-based charging scheme was implemented, and we knew this would be very welcome news.

Please let us know what you think about this in the comment section below. We know many of our readers will likely have a lot to say about this.