The company also claims it couldn’t disclose much due to an ongoing police investigation.

Antonio Oliveira is an old reader of InsideEVs. He runs CanalTeslaBrasil, which shares Tesla news with Brazilians on Twitter. He also tipped InsideEVs on the Brazilian government’s intentions of having a Tesla factory there. When he read our investigative report about the data leak caused by old Tesla car computers being sold on eBay, he immediately contacted the automaker.

Oliveira wanted to know what happened to his car's old computer, which was replaced in January after he bought the Full Self-Driving (FSD) package. According to what Tesla told Oliveira, the computers that ended up on eBay were stolen, and Tesla Service Centers do wipe personal data from computers after they're removed from vehicles.

Oliveira first contacted Tesla by email in early May, and then spoke on the phone with a person named Matthew, who identified himself as a representative from the Corporate Customer Service Team, in Fremont.

Although he seemed to be someone with proper data about the situation, Matthew did not clarify much about the particular computer that was removed from Oliveira’s car.

“He stated that the information he was able to share with me was very limited since there was an ongoing police investigation on the subject. I was unable to get information that pertained to my computer, specifically.

I was told that ‘some computers were stolen when they were being transported back to the factory.’ And they are working with authorities in the investigation.” 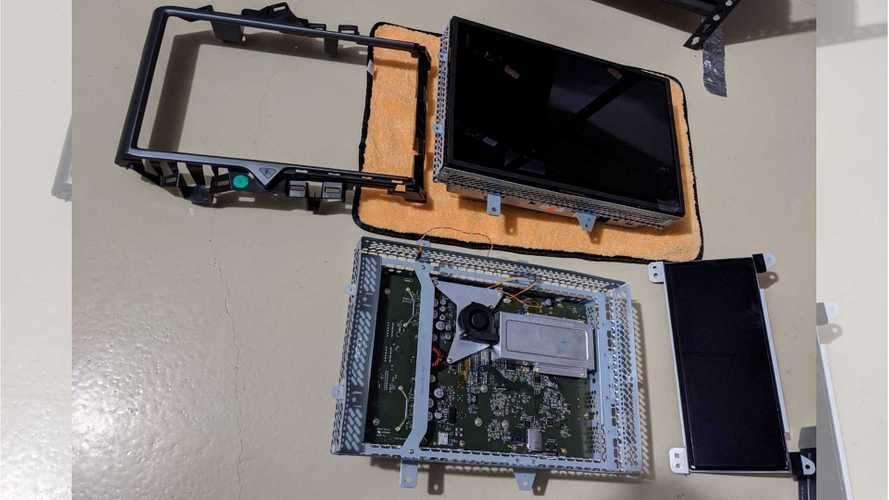 The information Matthew gave Oliveira conflicts with what we gathered for our investigative report. The information we had at the time was that Service Centers were instructed to throw these computers in the trash and possibly hit them with a hammer before doing so. None of our sources mentioned shipping the computers back to the Fremont factory. Yet that is not the only conflicting information Oliveira had.

“He also said that each Service Center should be wiping all information prior to shipping the computers. He said the SCI visited is ‘pretty good at doing that,’ but fell short from being able to confirm that I wasn’t impacted by this.”

We told this to Mr. Green, the white hat hacker who helped us reveal the data leakage. This is what he had do say about the information Oliveira received from Tesla.

“That totally explains why a homeless guy got a bunch of them from a dumpster near the Service Center... ;) So far, I got five from him, getting another four eventually.”

In other words, not only did the computers he bought not come from a robbery, Tesla Service Centers are also still throwing computers away with data on them. If the computers had their data wiped, Mr. Green would not have been able to retrieve the car owners' personal information so quickly.

Oliveira said Matthew gave him the same safety recommendations Mr. Green asked us to share with our readers.

“He advised that I changed all the passwords I had saved in my computer (Netflix, etc.), but still could not confirm if my computer was part of the ones impacted by the breach that occurred.”

We are still waiting for Tesla to reply to our questions about this data leakage. We have since asked Tesla if it can confirm these computers where stolen, and if they were, which police department is in charge of the investigation?

Did you have any of your Tesla computers replaced recently? Did you attempt to get Tesla to explain what it did with your old hardware? In case you have anything to add to Oliveira’s our own investigative story, don’t hesitate to get in touch with us through contact@insideevs.com.